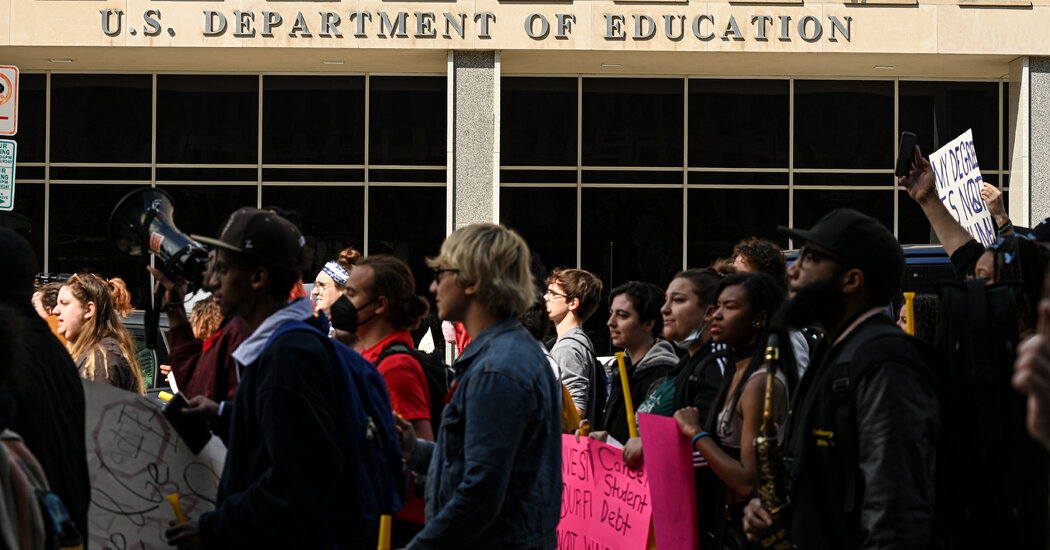 First, any months in which borrowers made payments will count on the income-driven repayment clock — no matter which payment plan the borrower was in at the time. Second, the department will count months spent on payment deferment before 2013 (except those for which the borrower was still in school) as qualifying payments. It will also count forbearances of more than 12 consecutive and more than 36 cumulative months toward forgiveness under both income-driven repayment and the Public Service Loan Forgiveness program.

The changes will apply to the vast majority of the 45 million borrowers with federal loans, who collectively owe $1.6 trillion. Those with direct loans and in the federally managed Federal Family Education Loan Program qualify for the waivers. Borrowers do not need to be currently enrolled in an income-driven payment program to take advantage of the adjustments, officials said — those who sign up later will still be able to use the credits. The changes will be applied automatically to borrowers’ accounts, the department said.

“We wanted to act as quickly as possible to address these problems, but we expect these figures to only grow as we continue to analyze and implement these solutions,” James Kvaal, the under secretary of education, said Tuesday.

Three trade associations representing loan servicers, in a joint statement, called the waivers “another quick-fix, band-aid approach to complex programmatic issues,” and said they had not been given guidance on how the changes would be carried out.

The department will begin working immediately on the changes, but borrowers may not see them reflected on their accounts until the end of the year, Mr. Kvaal said. Next year, the department will start displaying income-driven repayment counts on its StudentAid.gov website so borrowers can track their progress.

The waivers are the latest in a series of piecemeal fixes the Biden administration has enacted while coming under pressure from progressive Democrats and consumer advocates to make sweeping changes to the government’s long-troubled student loan system. It has made temporary changes to the public service program that have brought full loan discharges to 110,000 people so far, Mr. Kvaal said.

Collectively, recent changes to various relief programs — including those that aid disabled borrowers and people whose schools abruptly closed before they completed their studies — have eliminated $17 billion in debt for 725,000 borrowers, the department said.