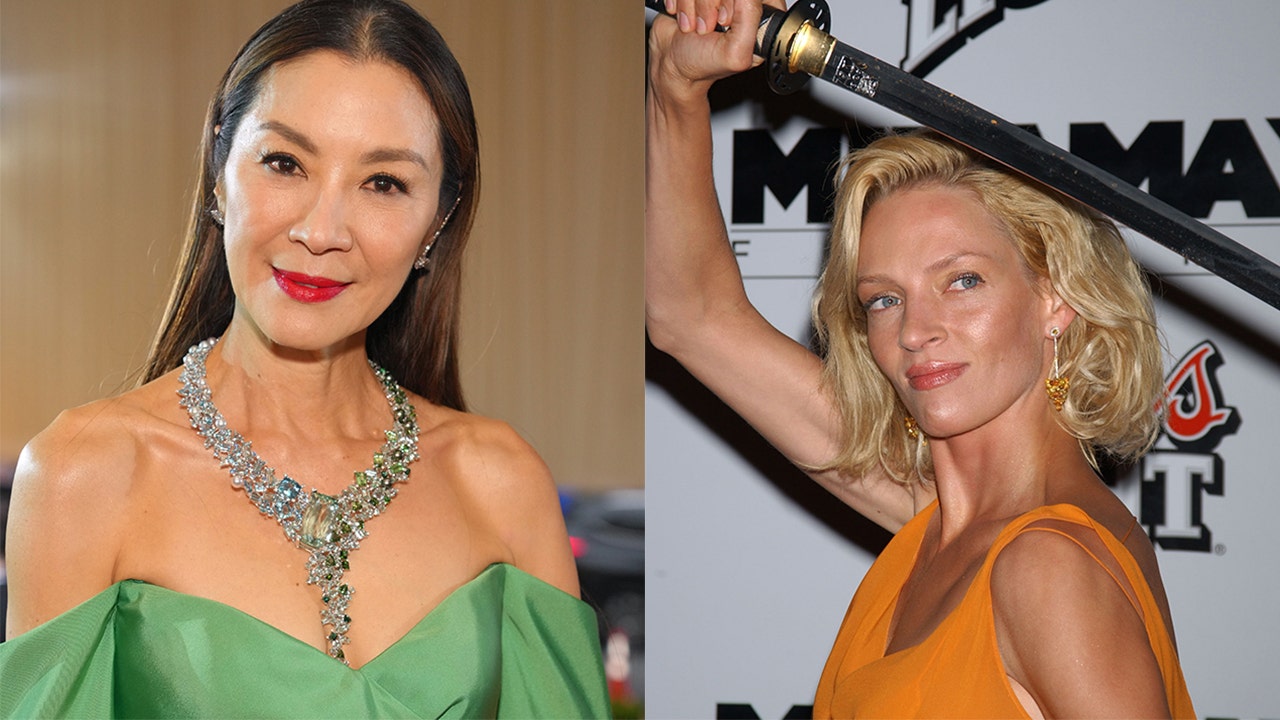 Quentin Tarantino and Michelle Yeoh have a friendship that goes back decades.

Tarantino has been outspoken in the past about his support for Yeoh and even credited her performance in the 1992 “Police Story 3” as being an influence in Uma Thurman’s character The Bride in “Kill Bill.”

Since Yeoh knew she was an inspiration for the film, she confronted Tarantino on why she was not cast in the 2003 classic.

Michelle Yeoh, left, revealed why she was not cast alongside Uma Thurman in “Kill Bill.”
(Getty Images)

“I asked Quentin the same question,” Yeoh said in an interview with Town & Country. “He’s very smart. He said, ‘Who would believe that Uma Thurman could kick your a–?'”

QUENTIN TARANTINO STILL SAYS NEXT MOVIE WILL BE HIS LAST, HINTS AT ‘CREATIVE’ FUTURE

Tarantino inspired Yeoh to continue her acting career after she injured herself on the set of “The Stunt Woman” in 1996.

“I thought I broke my back. I thought I was paralyzed,” she said, noting that Tarantino was in Hong Kong at the time and paid her a visit in the hospital.

“I must say, Quentin, he’s persistent,” she continued. “He is who he is today because he’s full of passion and love, so he wore me down. Suddenly we became animated. So then I thought, ‘Maybe I’m not ready to give up on this.'”

At the time, Tarantino was in Hong Kong screening his classic film, “Pulp Fiction.”

“I was just a huge, huge fan of hers,” Tarantino told the outlet. “There was always a twinkle in her eye.”

Michelle Yeoh is shown at the premiere of “Supercop” in July 1996 in New York City.
(Evan Agostini)

“I just had dinner with Uma Thurman last night,” Tarantino said in a discussion with Andy Cohen at the time. “We were at a really cool Japanese restaurant. I do have an idea of what I would do with [‘Kill Bill: Vol. 3’]. That was the whole thing, conquering the concept. What has happened to The Bride since then? And what do I want to do?”

Tarantino also revealed that fans won’t get a movie from him before “Kill Bill: Vol. 3.”

“What I did when I wrote ‘Once Upon A Time… In Hollywood’ was, normally I finish a script and we go and we open up offices, but I had more to do,” the director said. “I had more stuff in me. So, I pulled it off and I wrote a play, and then I wrote a five-episode TV series.”

“To some degree or another, I’ve kind of written what I’m going to do for the next three years,” he added. “And then after that, I’ll get around to what the next movie will be.”

Janelle Ash is an entertainment writer for Fox News Digital.