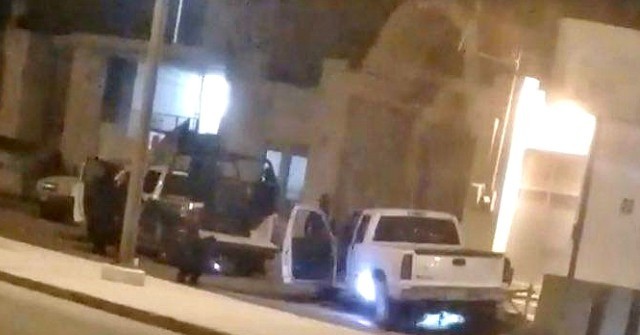 This week, a Tamaulipas state tribunal sentenced Adan Wilfredo “M” and Oscar Alberto “O” to 50 years in prison on the charge of murder, a statement from the Tamaulipas Attorney General’s Office revealed. The judges also ordered that the two men pay a fine of $325,000 pesos or  $16,000USD.

The two men worked as police officers with the Tamaulipas state police assigned to the border city of Rio Bravo. The officers shot dozens of rounds into a vehicle killing Juan Daniel Ortiz, an engineer who was driving his white pickup and had no ties to organized crime.

As Breitbart Texas first reported, the two officers were part of a squad patrolling the city of Rio Bravo, just south of Donna, Texas. They received information that gunmen were roaming the city. The officers spotted Ortiz’s vehicle and after mistaking it for a cartel truck fired more than 250 rounds into it. The victim was not armed and sustained numerous gunshot wounds.

Despite the violence, federal police, and military forces rarely clash with cartel gunmen, following the orders from Mexico City politicians who favor a softer approach to crime, following the motto “abrazos no balazos” or “hugs not bullets.” Due primarily to political reasons, Tamaulipas state forces have been the only ones clashing with cartel gunmen in recent years.

Editor’s Note: Breitbart Texas traveled to Mexico City and the states of Tamaulipas, Coahuila, and Nuevo León to recruit citizen journalists willing to risk their lives and expose the cartels silencing their communities.  The writers would face certain death at the hands of the various cartels that operate in those areas including the Gulf Cartel and Los Zetas if a pseudonym were not used. Breitbart Texas’ Cartel Chronicles are published in both English and in their original Spanish. This article was written by “C.P. Mireles” from Tamaulipas.