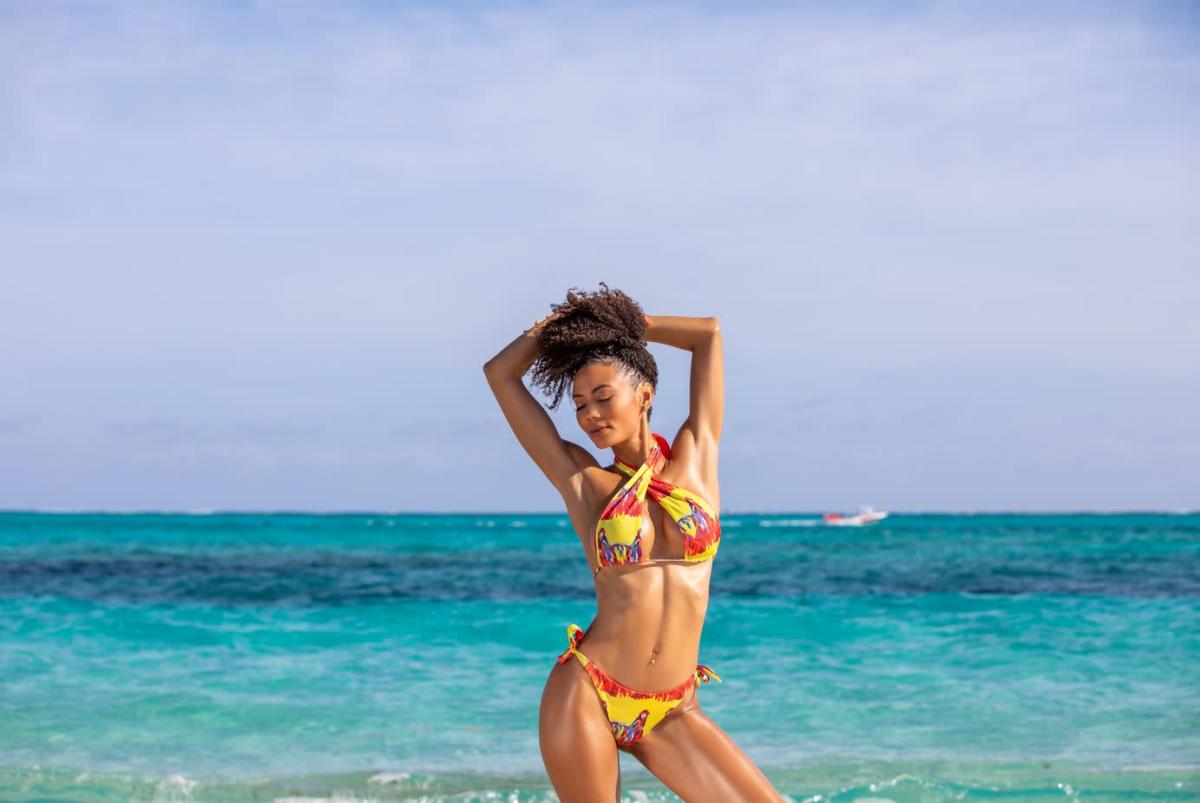 bēchë (pronounced beachy) is a Turks and Caicos Black-owned swimwear brand that needs to be on your radar this Summer. bēchë was founded by Cyprianna Green who was born in the Turks and Caicos’ capital, Grand Turk, and was raised between there and the island of Providenciales.

Undoubtedly Turks and Caicos is known for its beautiful beaches so it’s no surprise that Cyprianna grew a deep love for the beach. In 2016, she saw an opportunity to combine her passion for her country and her love of fashion, cue bēchë. Thus far, bēchë has released three swimwear collections since then, with more on the horizon.

Cyprianna intentionally includes the TCI in every collection; the stories behind the collections are relative to the country’s rich culture. For this reason, the brand is appropriately referred to as a ‘physical love letter to the island’.

What impresses us most of all, is the pride for Caribbean history and the intentional way that this brand champions local artists. In this Travel Noire interview, we will get to the heart of what inspires Cyprianna while she puts her home on the map as a Turks And Caicos Black-owned swimwear brand.

How has bēchë changed or shaped your relationship with TCI?

We love the idea of bēchë being a ‘physical love letter to the TCI’, could you tell us more about that idea?

Are there many Black-owned brands that receive attention in TCI?

What is your favourite thing about your island?