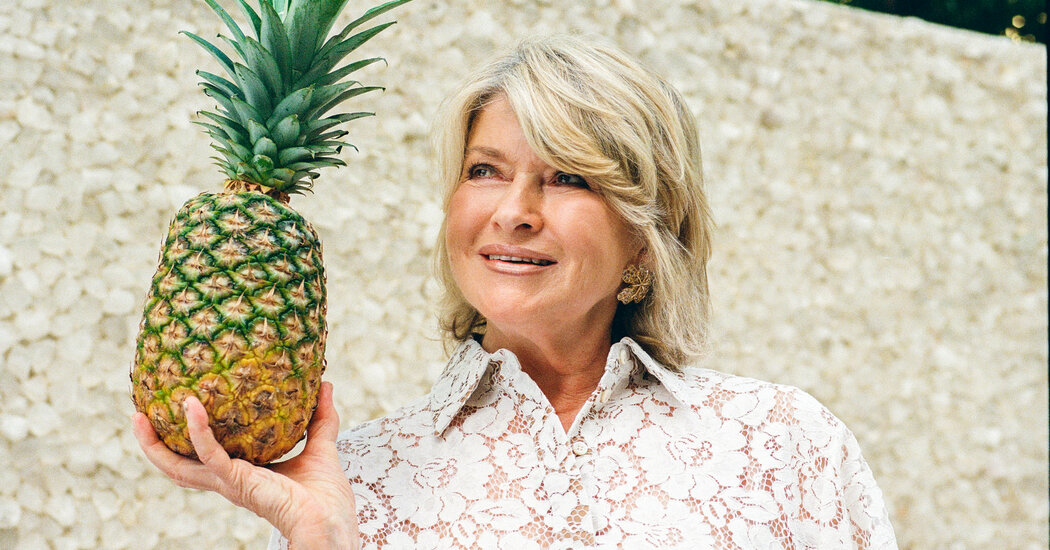 Ms. Stewart’s attitude about makeup is reflective of her generation: It’s basic, an essential. Her response when asked if she wears makeup while spending time at her swimming pool was: “A touch of blush and then lips. That’s not makeup. I consider that skin care.”

Beyond Clé de Peau, she plays the field when it comes to products. She also uses Charlotte Tilbury products, and “she loves a Bobbi Brown bronzer,” said Daisy Toye, her longtime makeup artist. What’s more, she has gone for facials at the Mario Badescu salon in New York ever since it opened in 1967.

Ms. Stewart’s smooth, glowing complexion has spurred the widespread assumption that photo and video appearance enhancers — filters, as they’re known — were employed to alter her face in the Clé de Peau videos. Not so, she said, asserting that filters have not been used in her personal life or in the TikTok videos.

Speculation is likewise widespread that Ms. Stewart has had a face-lift.

“I have never had plastic surgery,” she said. “You can absolutely say that. No knife on my face, neck or back.” And as John Barrett, her hairstylist, put it, “Martha has never had the time off to let a face-lift heal.” But he added: “Basically, women of a certain age, if they look amazing, they’ve had something done. That’s the way it is.”

She has had work done, by Dr. Daniel Belkin, one of her two New York dermatologists. “Non- or minimally invasive,” is how he described it, with repeat visits “probably twice a year. She’s doing it thoughtfully and conservatively.” Dr. Belkin uses lasers for redness, gentle resurfacing and brown spots; fillers for volumizing and collagen stimulation; and radio-frequency and micro-focused ultrasound for sprucing up the brow area and for “lifting, tightening and plumping” under the chin. And for her lips: “a soft hyaluronic acid, more for hydration than for plumping.”

Ms. Stewart’s other dermatologist, Dr. Dhaval Bhanusali, customizes a holistically grounded, CBD-infused hydrating serum, calming mist and night cream for her. He and Ms. Stewart are developing similar CBD topicals for consumer use. These will be in addition to a line of therapeutic creams — for muscle recovery, sleep and stress — that she already has with Canopy Growth, a cannabinoid company.

So it may be that Ms. Stewart’s smooth, glowing, wrinkle-free face is just the jolt that’s needed as our collective eye adjusts to a new vision of vital old age. No — make that expanded middle age, or agelessness. Whatever else Martha Stewart is, she’s ready for the long haul.