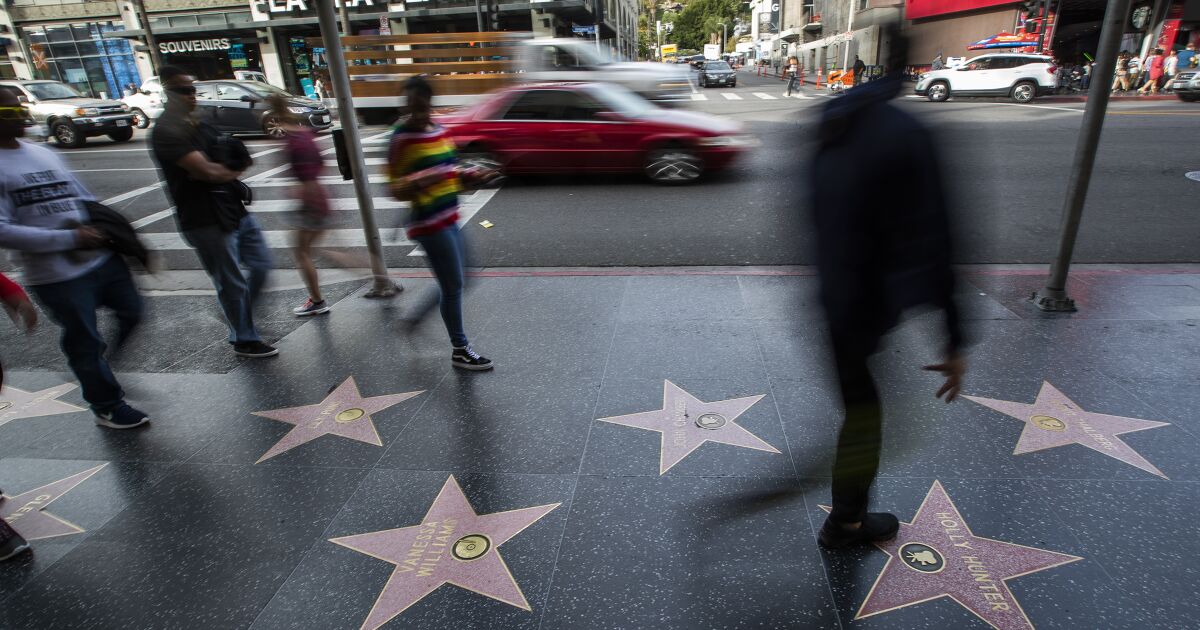 A Compton man pleaded no contest last month to theft and assault charges in connection with a 2020 attack on a group of transgender women along the Hollywood Walk of Fame that sparked outrage in the city’s LGBTQ community, authorities said.

Carlton Callaway, 31, was sentenced to one year in jail and probation and ordered to undergo mental health treatment for the August 2020 attack, according to Los Angeles County Deputy Dist. Atty. Richard Ceballos.

Since Callaway, who is currently out of custody, spent more than a year in county jail while waiting for his case to be resolved; he will remain free under the terms of his probation, Ceballos said.

Ceballos said Callaway also pleaded no contest to a hate crime allegation. Police had claimed he made derogatory comments about the victims’ gender during the assault.

Eden the Doll, a transgender Instagram influencer with over 400,000 followers, was on the Walk of Fame with Jaslene Whiterose and Joslyn Flawless around 2 a.m. when Callaway began to threaten them, according to a widely viewed video of the incident that was published on social media. Whiterose was struck in the head and people can be heard heckling and taunting the women throughout the incident.

Ceballos said the victims approved of the plea agreement. In a short social media post on Monday night, Eden said she hoped it brought “closure.”

A second man, Davion Williams, 24, also of Compton, was charged in the attack but remains at large, Ceballos said.

Callaway and Williams did not know each other, according to Ceballos, who said the attack was committed on the “spur of the moment.” Although police initially alleged a crowbar was used in the attack, Ceballos said Tuesday that was not true.