Man killed in July 4 fireworks explosion in Montebello is identified 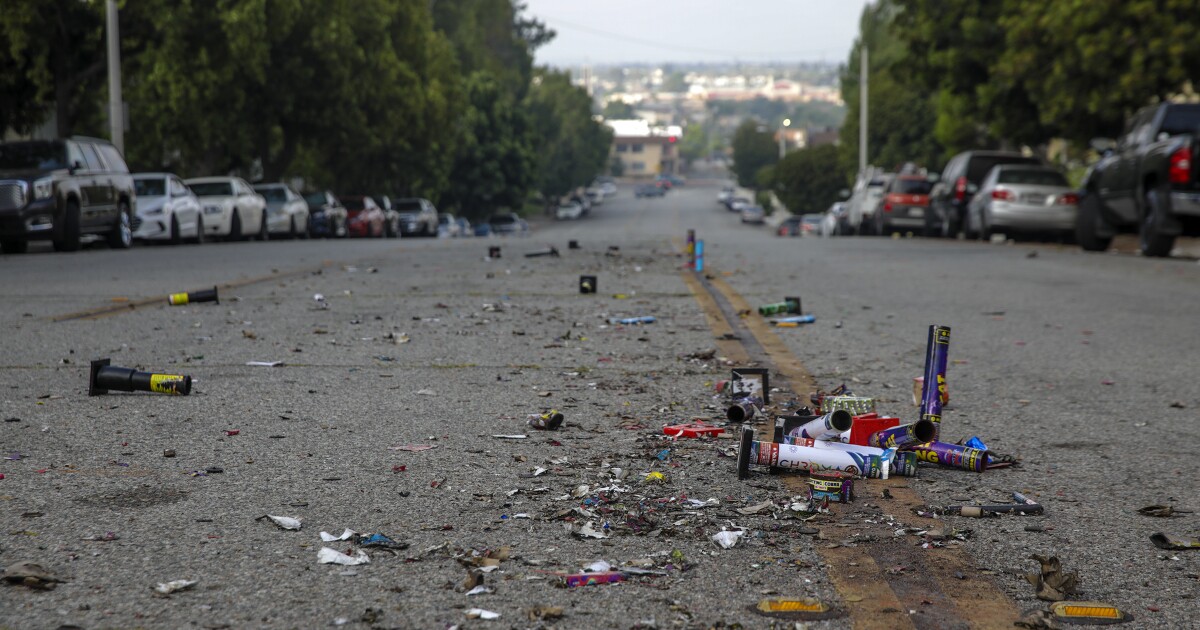 Authorities have identified a man who was killed in a fireworks explosion in Montebello during a Fourth of July celebration.

Zorak Habeshian, 42, of Downey, died after the incident that occurred about 6:30 p.m. Monday in the 1400 block of Germain Drive, according Los Angeles County coroner’s office.

Habeshian was handling a suspected “high-powered, mortar-type, aerial firework,” which was illegal in the city, when it exploded, authorities said. Habeshian was found unconscious with serious injuries lying in the yard of a home.

Local fire, police and paramedics arrived at the scene and Habeshian was taken to a nearby hospital, where he later died.

“The victim apparently attempted to hold the device when the firework went off and caused severe trauma to his upper torso,” said Michael Chee, a city spokesman.

“This tragic accident and death was avoidable and serves as an unfortunate and grim reminder of the danger posed by illegal and high-power fireworks,” Chee told City News Service.