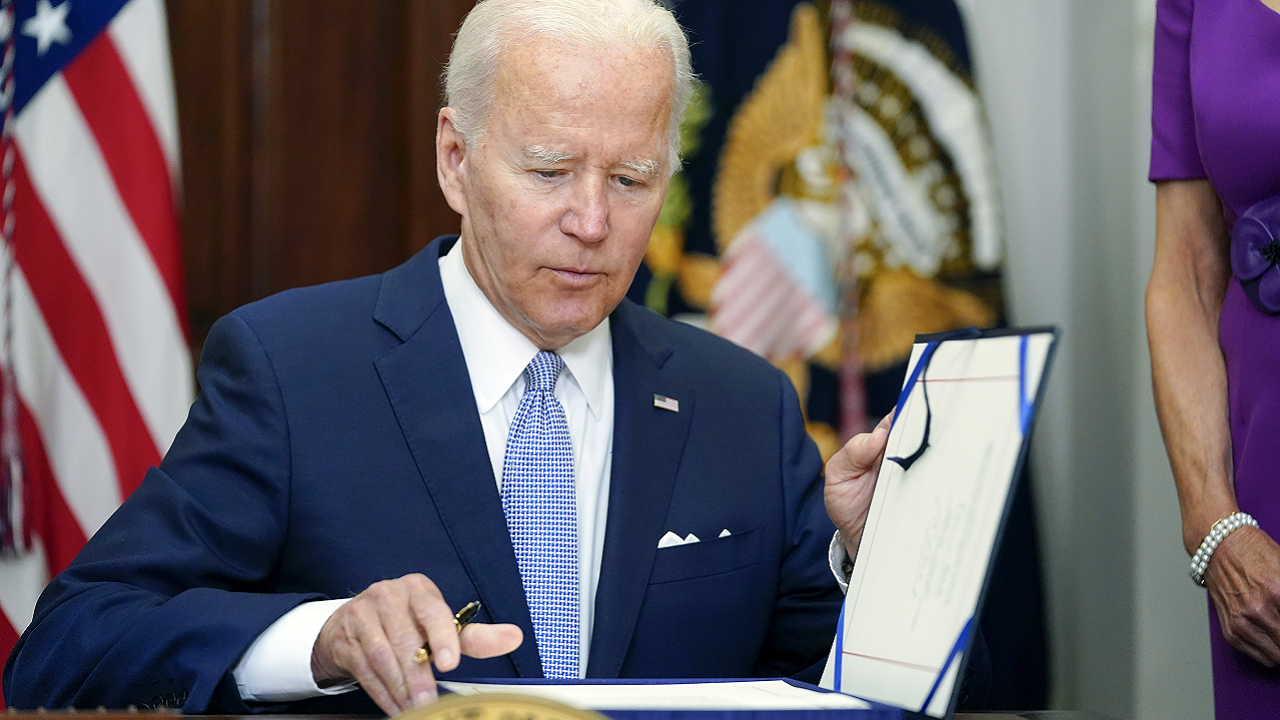 A new poll has revealed that a whopping 64% of Democratic voters don’t want Joe Biden to run again in 2024 as his overall approval rating has sagged to just 33%.

The results of the New York Times/Siena College poll of 849 registered voters nationwide during July 5-7 also found that only 13% of Americans believe the country is heading on the right track.

Of those who said they planned to vote in the 2024 Democratic primary and preferred a candidate other than Biden, 33% cited the president’s age as the most important reason, followed by his job performance at 32% and 12% simply just wanting someone new.

Just 26 percent of Democrat voters said in the poll that the party should renominate Biden in 2024.

REPUBLICAN, DEMOCRATIC STRATEGISTS WEIGH IN ON WHAT BIDEN NEEDS TO CHANGE TO STOP GOP IN NOVEMBER

Biden, who is currently 79 years old and is the oldest serving president in American history, is planning to run again in 2024, the White House says.

The opposition against Biden from within the Democratic Party appeared the strongest among those under the age of 30, with an overwhelming 94% saying they want someone else to be the nominee in the 2024 presidential election, according to The New York Times.

Of the issues being the most important to all voters, 20 percent listed jobs and the economy, followed by 15% saying their top concern is inflation and the cost of living.

President Joe Biden speaks to members of the media on the South Lawn of the White House in Washington on May 30 after returning from Wilmington, Del.
(AP Photo/Andrew Harnik)

Only 6% of a large swath of the working class – those aged 18 to 64 years old – told pollsters that the economy is in good or excellent condition, compared to 93% who rated it poor or fair, the newspaper reported.