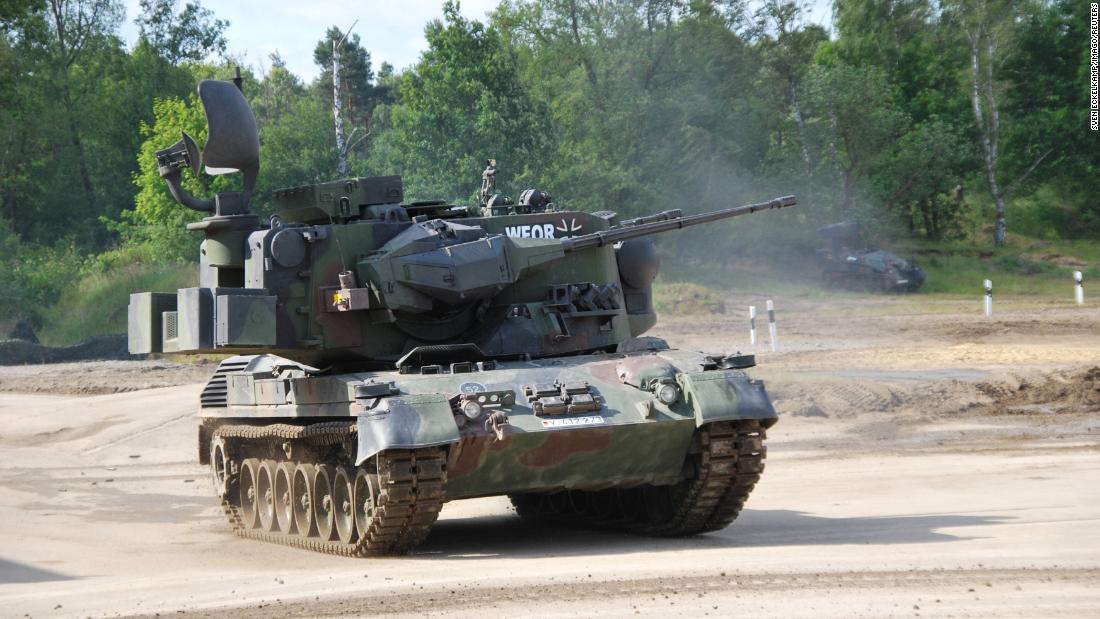 The commitment to deliver the Gepard anti-aircraft systems was announced by defense minister Christine Lambrecht during a meeting of international defense officials at the Ramstein US Air Force base in Germany on Tuesday.

“We decided yesterday that we will support Ukraine with anti-aircraft systems … which is exactly what Ukraine needs now to secure the airspace from the ground,” Lambrecht said during the meeting at the base.

This is significant as it is the first time Germany has agreed to provide this type of heavy weaponry to Ukraine as it fights off the Russian invasion. The Gepard systems were phased out from active duty in Germany in 2010.

Germany initially resisted calls to provide weaponry to Kyiv, agreeing only to provide humanitarian help and medical equipment. That approach was in line with Germany’s decades-long policy of not supplying lethal weapons to crisis zone.

Just months before Russian President Vladimir Putin order the invasion into Ukraine, the then new German government agreed to include the restrictive arms export policy into its coalition agreement.

But facing pressure from allies and the German public, the government was forced to overhaul the rules. By late February, German Chancellor Olaf Scholz announced Germany would start delivering some weapons to Ukraine, although at that point he insisted on calling them “defensive.”

He also announced Germany would start pumping more money into its own armed forces.

Just last week, German foreign minister Annalena Baerbock said that while “other partners are now providing artillery” to Ukraine, Germany would “help with training and maintenance.”

Baerbock said that Germany could not provide further weaponry as the country had no weapons it could “deliver quickly and without delay right now.”

She added that Germany had chosen not to make public all the weapons it had previously sent to Ukraine, but said: “We have supplied anti-tank weapons, Stingers [air defense systems] and many other weapons that we haven’t spoken about in public,” the minister said.