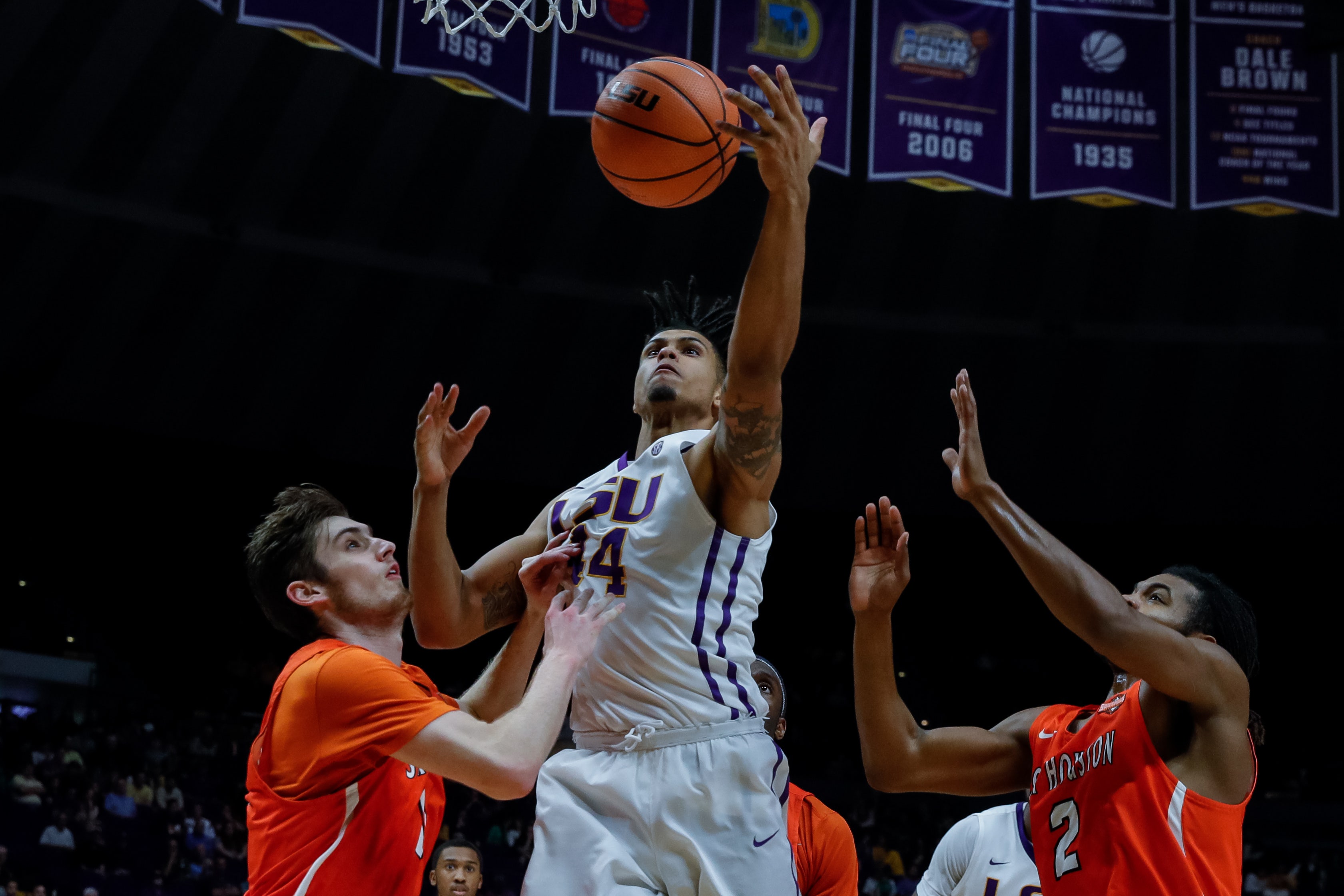 A man recently sentenced to life in prison for the murder of an LSU basketball star has died from an apparent drug overdose.

The Advocate reports, citing authorities in Baton Rouge, that Dyteon Simpson, 23, was found unresponsive about 8 p.m. Sunday at the East Baton Rouge Parish Prison. Staffers were unable to revive him and he was later pronounced dead, sheriff’s spokeswoman Casey Rayborn Hicks said.

Simpson was from Baker. He had been convicted in the fatal shooting of LSU basketball player Wayde Sims.

Authorities said Simpson shot Sims, 20, in the face with a 9 mm pistol after Sims intervened during a fight to defend a friend outside a fraternity party just off the Southern University campus on Sept. 28, 2018.

Wayde Sims, a member of the LSU basketball team, was murdered in 2018.
( Stephen Lew/Icon Sportswire via Getty Images)

Simpson was arrested the next day while riding in the front passenger seat of his girlfriend’s car. A 9 mm pistol found under that seat matched the bullet recovered from Sims’ body and a shell casing recovered from the shooting scene, prosecutors said.

LSU BASKETBALL STAR KILLED IN RESTAURANT SHOOTING NEAR ANOTHER SCHOOL: ‘WE ARE ALL DEVASTATED’

Simpson was formally sentenced to life in prison, the mandatory sentence for second-degree murder, last week.