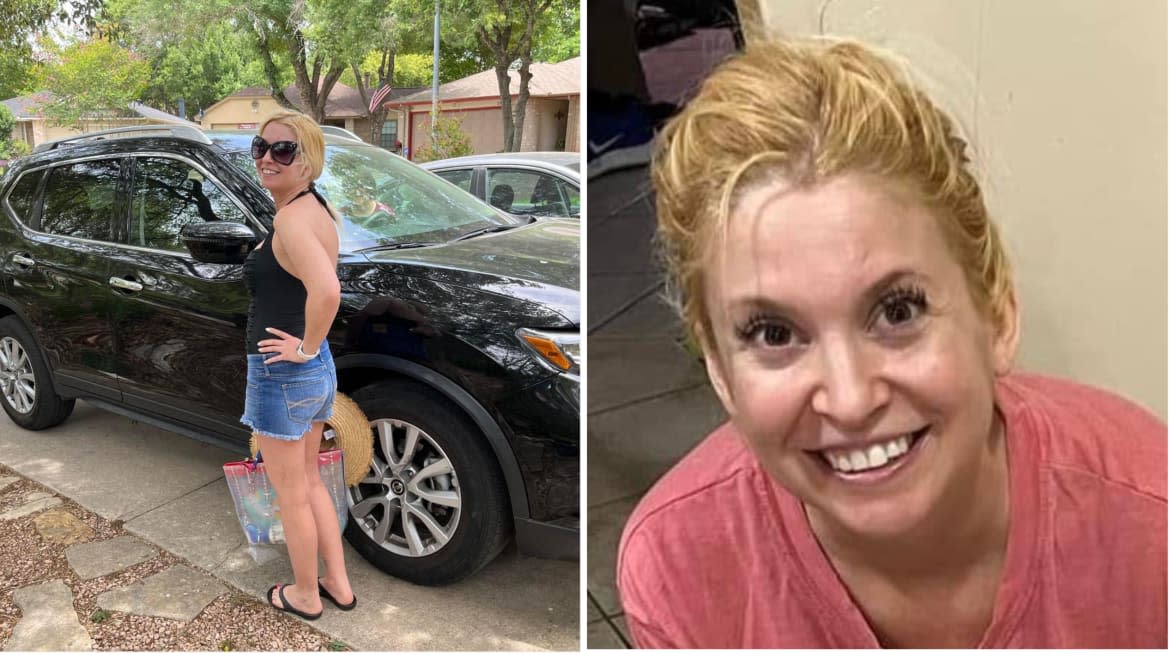 The family of a Texas mom is stunned after the 39-year-old “vanished” last week while rushing to get to her job as a paralegal in San Antonio.

Chrissy Powell was last heard from when she called into work the morning of July 5 to let them know she was running late, reports KENS 5. Soon after, a doorbell cam captured Powell leaving her house in a hurry around 10:30 a.m. She strangely left her phone at home.

Nobody has heard from Powell since, authorities say. A San Antonio Police spokesperson said Tuesday the department’s missing persons unit is investigating and a “be on the lookout” alert has been issued for Powell’s car, a black Nissan Rogue.

“The unknown is the scariest part,” family friend Lauren Leal told local media. “It is fear in my mind right now. It is hard to wrap our minds around where she might be, what could have happened.”

KENS 5 reports that Powell has a condition that requires medication. Police reportedly said Powell didn’t have the medication when she left and she may need a doctor’s care.

Powell lives in the Apple Creek neighborhood in northwest San Antonio, authorities say. A Facebook profile says she is from New Haven, Connecticut, and graduated from the University of Texas at San Antonio. Her profile picture shows her smiling with a young boy.

Powell’s most recent post, on June 10, was a “puppy update” for her two dogs, Oliver and Chevy.

Friends and family have begun spreading a flier with Powell’s info on social media, along with photos of her strung across the top.