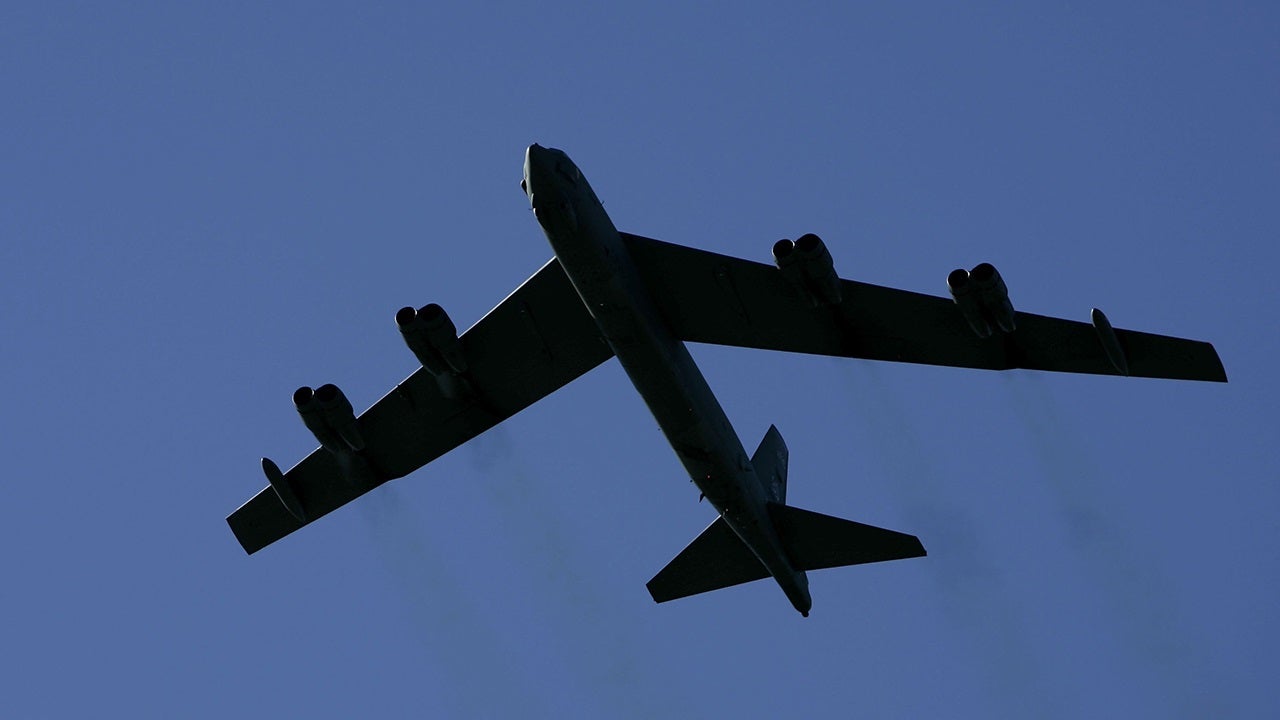 A gas well explosion at a Louisiana Air Force base Tuesday morning has resulted in some injuries, according to media reports.

Officials at Barksdale Air Force Base in Bossier City said the explosion occurred around 11:40 a.m. on the East Reservation of the military installation, WDSU-TV reported.

A spokesman for the base declined to confirm the explosion to Fox News and said officials would issue a statement later about the incident. Local reports said there were injuries but that a number of those harmed was not available.

A B-52 out of Barksdale Air Force Base flys over at the start of the NASCAR Nextel Cup Series Bass Pro Shops 500 at Atlanta Motor Speedway.
(Getty Images)

The cause of the blast has not been determined.

Earlier in the morning, the Bossier Parish Sheriff’s Office warned on a Facebook post that scheduled demolitions were going to be conducted on the base.

“You May Hear a Boom. Officials with Barksdale Air Force Base have scheduled demolitions to be conducted on the range on the East Reservation from 10 a.m. to 3 p.m.,” the social media post read.

It was still unknown whether the explosion was related to the demolitions.

Barksdale Air Force Base has more than 5,000 active duty troops and over 1,300 reservists, according to the Department of Defense. In addition, it also has a population of 40,000 retirees.