Los Angeles plane crash near freeway kills at least one 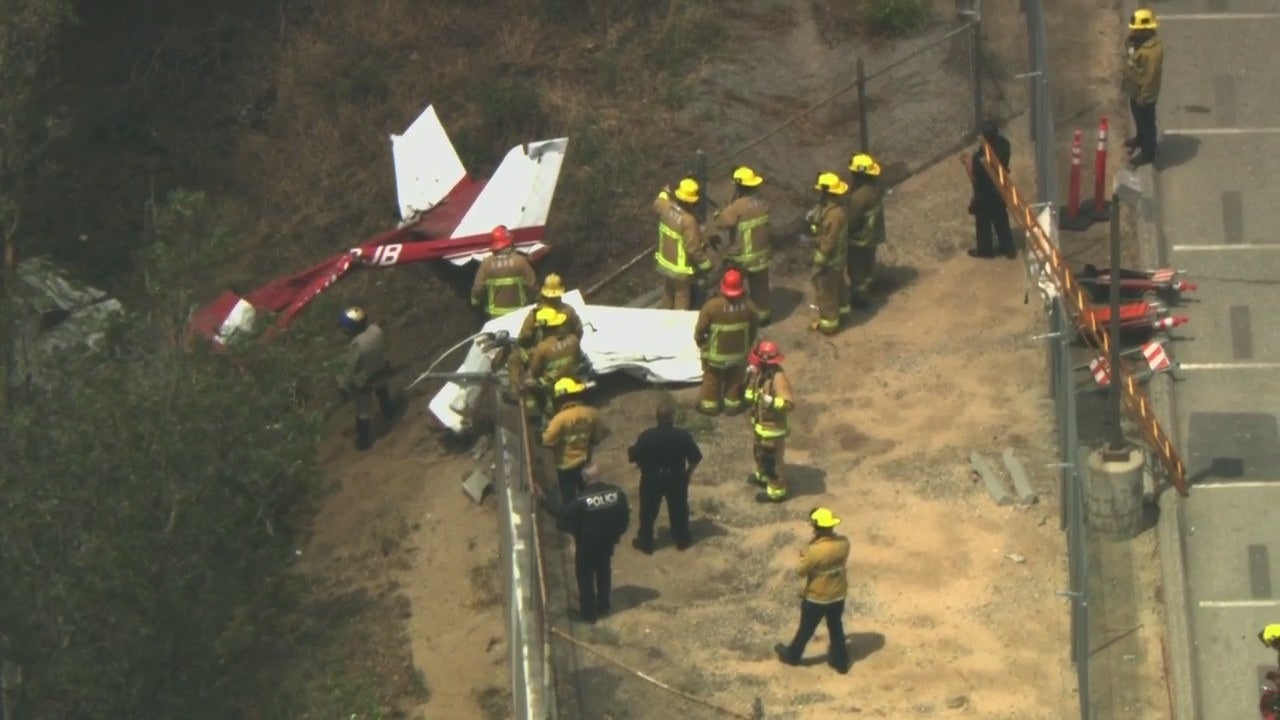 A plane crash on the side of a Los Angeles freeway killed at least one person Wednesday, according to authorities.

The Los Angeles Fire Department said a fixed-wing aircraft went down in an embankment just before 12:30 p.m. near Interstate 210.

Officials were working to determine if other occupants were in the plane. The fire department said there was a small fuel leak that was being contained.

Traffic on the freeway’s westbound lanes is expected to be impacted, the agency said.

The cause of the crash and where the plane originated from have not been disclosed.