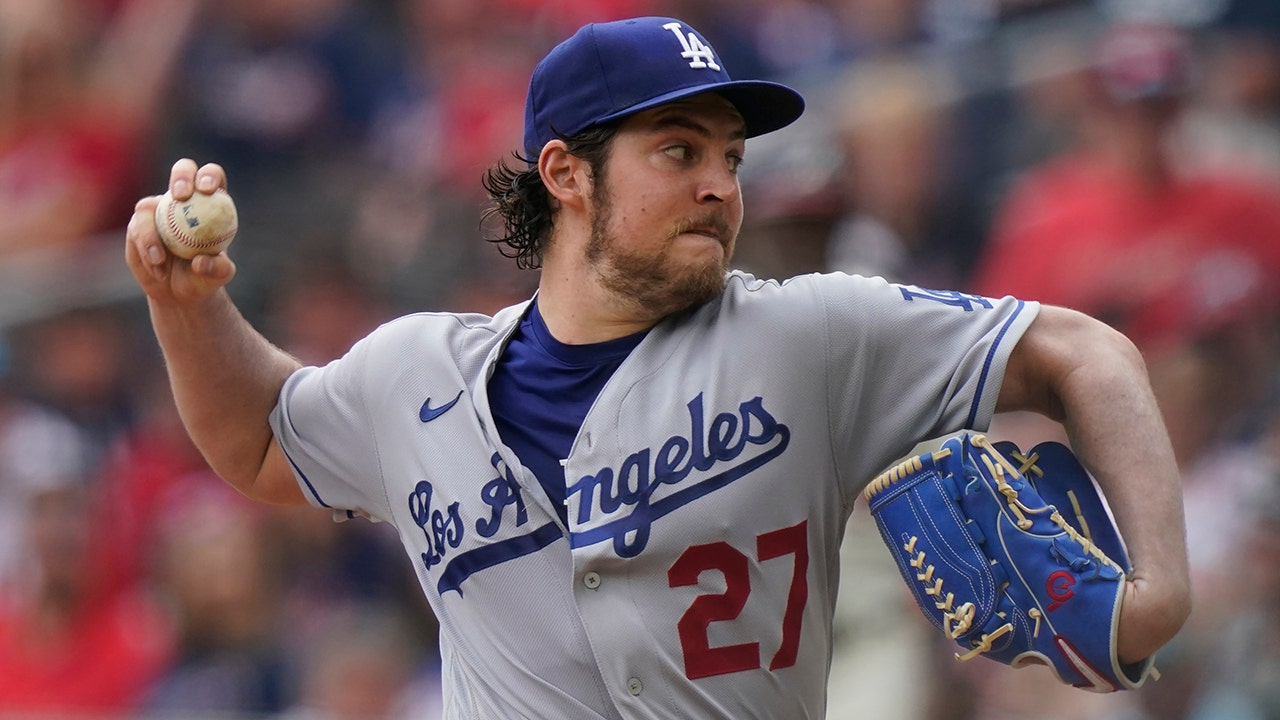 The suspension comes after a San Diego woman alleged that Bauer beat and sexually abused her last year after meeting on social media. Bauer denies her allegation in the “strongest possible terms.”

FILE – In this June 6, 2021, file photo, Los Angeles Dodgers starting pitcher Trevor Bauer delivers in the first inning of a baseball game against the Atlanta Braves in Atlanta. Bauer appeared in court Friday, July 23, 2021, to fight the extension of a protective order sought by a woman who says he choked her to the point where she lost consciousness and punched her during two sexual encounters earlier this year.
(AP Photo/Brynn Anderson, File)

The pitcher said he is appealing the decision from the MLB.