Liz Cheney Says Trump Reached Out to a Jan. 6 Witness 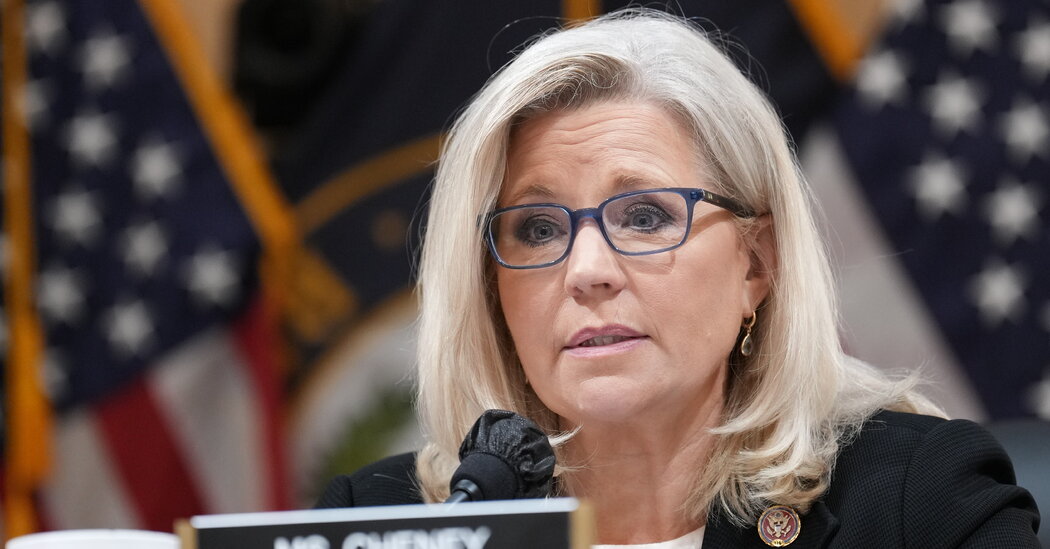 Representative Liz Cheney said on Tuesday that the House Jan. 6 committee had been told that former President Donald J. Trump reached out in the last two weeks to a witness in the panel’s investigation, and that the committee had informed the Justice Department of the approach.

Ms. Cheney supplied few details and did not identify the witness in question, but she pointedly linked Mr. Trump’s outreach to concerns the committee has raised in the past about witness tampering.

“After our last hearing, President Trump tried to call a witness in our investigation, a witness you have not yet seen in these hearings,” said Ms. Cheney, a Wyoming Republican who serves as the committee’s vice chairwoman.

“That person declined to answer or respond to President Trump’s call, and instead alerted their lawyer to the call,” she continued. “Their lawyer alerted us. And this committee has supplied that information to the Department of Justice. Let me say one more time, we will take any effort to influence witness testimony very seriously.”

A Justice Department spokesman declined to comment on whether the department had received the information or was acting on it. A spokesman for Mr. Trump said on Twitter that Ms. Cheney was trafficking in “innuendo and lies,” but did not directly address whether Mr. Trump had tried to reach out to a witness.

Ms. Cheney’s remarks came in the closing moments of Tuesday’s hearing and two weeks after the previous hearing, when a former White House aide, Cassidy Hutchinson, testified that Mr. Trump was aware that some members of the crowd on Jan. 6 were armed, that he wanted to lead his supporters to the Capitol anyway, and that White House officials had expressed concerns that Mr. Trump’s plan for Jan. 6 could be unlawful.

At the end of the public hearing with Ms. Hutchinson, Ms. Cheney raised the prospect that Mr. Trump and his allies were tampering with a witness — later revealed to be Ms. Hutchinson — and shared messages sent to her by people close to Mr. Trump.

In one phone call, according to the account provided by the committee at the time, the witness was told that Mr. Trump was paying attention to the hearings and reading the transcripts. The caller said that the witness would “continue to stay in good graces in Trump world” if the person continued to “be a team player” and demonstrate that they were “protecting” who they needed to protect.

In another call, according to the committee, the witness was told that Mr. Trump “knows you’re loyal, and you’re going to do the right thing when you go in for your deposition.”

“I think most Americans know that attempting to influence witnesses, to testify untruthfully, presents very serious concerns,” Ms. Cheney said at that hearing.