Lindsey Graham complained to a Capitol Police officer that they ‘let people breach the Capitol’ while they tried to outline an evacuation plan on January 6, book says 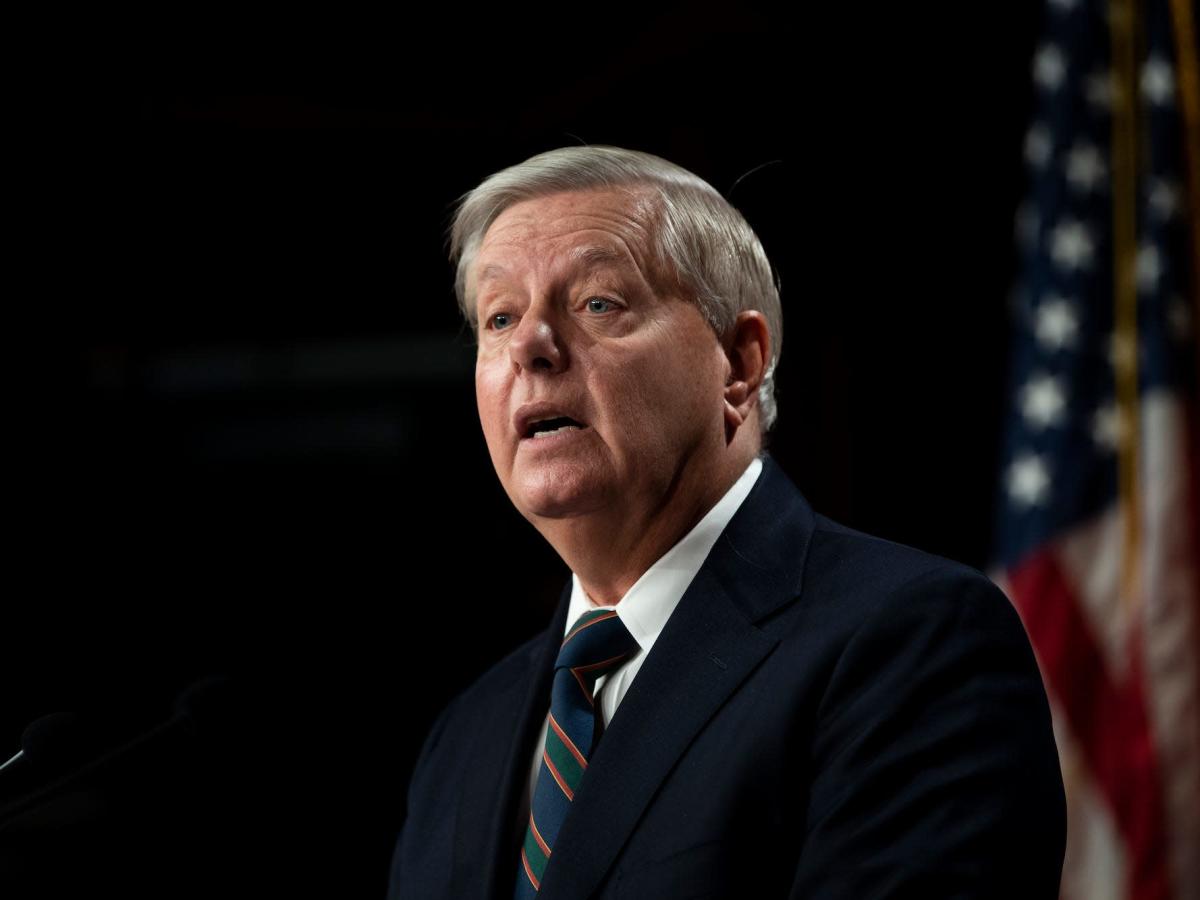 As senators gathered in a secure location amid the riot at the Capitol on January 6, Republican Sen. Lindsey Graham of South Carolina was apoplectic, even complaining to a Capitol Police officer that the security force “let people breach the Capitol.”

That’s according to reporting included in “This Will Not Pass: Trump, Biden, and the Battle for America’s Future,” a forthcoming book from the New York Times reporters Jonathan Martin and Alex Burns.

After their evacuation from the Senate chamber, senators had been taken to the secure location of SH-216, the Senate Judiciary Committee room in the Hart Senate Office Building. A Capitol police captain reportedly announced to the group that they were hoping to evacuate them onto buses behind the building.

“Right now, the Capitol is breached,” the captain said. “We need you to be patient and then we’ll move you in orderly fashion.”

Another officer then began to speak, telling the senators that the plan “is to come here in SH-216, hold until we determine what the next step is going to be—”

But then, Graham interrupted the officers.

“The next step is to get ’em out!” said Graham. “Whatever force you need to do. You’re here to protect us. This is the center of democracy. You let people breach the Capitol.”

The outburst reportedly drew the ire of fellow senators.

“Shut up, Lindsey!” Democratic Sen. Sherrod Brown of Ohio reportedly yelled, as another person yelled to Graham that “there are no cameras — come on!”

Graham’s office did not immediately respond to Insider’s request for comment. It has previously been reported that the South Carolina Republican wanted officers to use guns on the rioters.

“What are you doing? Take back the Senate! You’ve got guns. Use them,” he reportedly told the Senate sergeant-at-arms.

Graham, a one-time foe of former President Donald Trump, grew into becoming one of the president’s closest allies and Senate confidantes, even after the riot.

But that didn’t stop him from airing his frustrations with Trump that day.

“Trump and I, we’ve had a hell of a journey. I hate it to end this way. Oh, my God, I hate it,” Graham said on the floor after the Senate reconvened following the attack. “From my point of view, he’s been a consequential president… all I can say is count me out. Enough is enough. I’ve tried to be helpful.”