Lindsey Graham: Clinton-campaign lawyer lied to the FBI over Trump-Russia collusion, it was all ‘made up’ 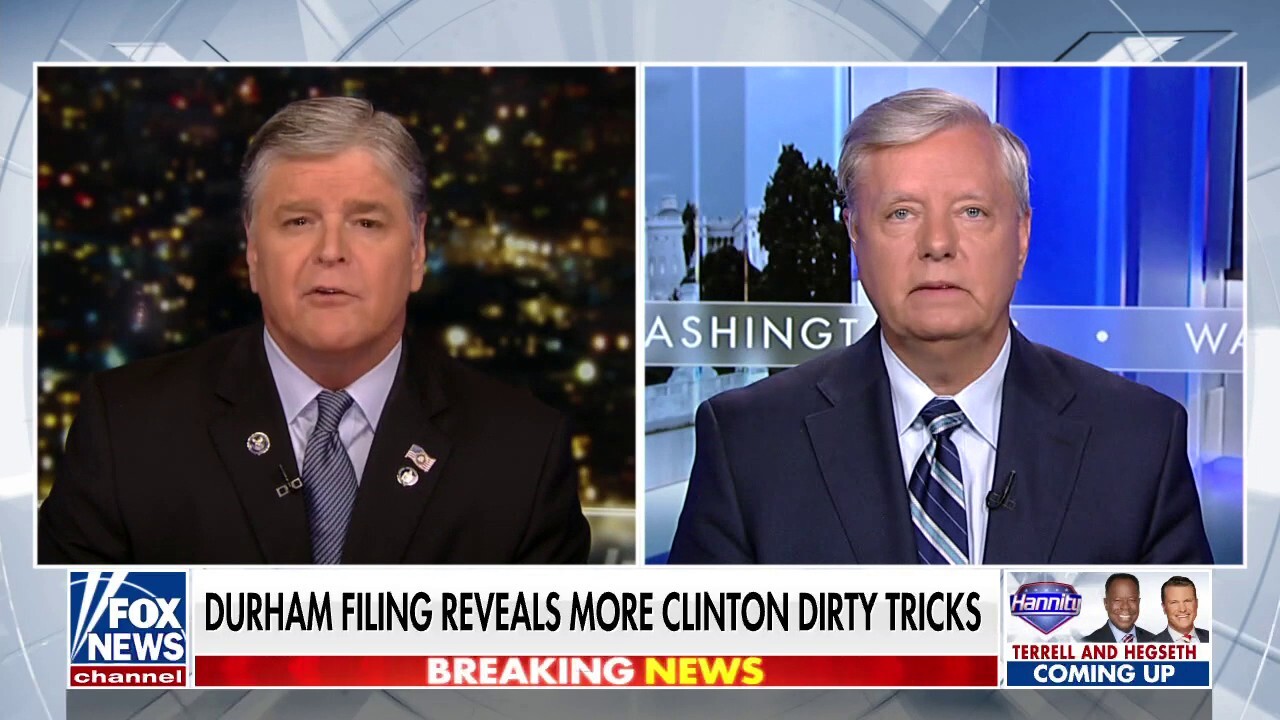 LINDSEY GRAHAM: Fusion GPS was not advising the Clinton campaign about libel laws. They were actually spreading articles claiming Trump was colluding with Russia, and it was all manufactured and made up. So when Sussman goes to the FBI and says, “I got information that Alfa Bank in Russia has a backdoor connection to the Trump campaign,” which was all B.S., they ask him, “why are you doing this? Are you connected to the Clinton campaign?” He said, “no.” And that’s why he’s in the ringer. So, how did Mueller miss this? How did the FBI miss this? We need a refund on the Mueller investigation. How could Horowitz find that the dossier was a bunch of garbage? How could Durham find that there was collusion between Fusion GPS and the Clinton campaign with the media to smear Trump, and Mueller miss all of this.