‘Liberals’ ridiculous concept of disinformation must be rejected’: Sohrab Ahmari 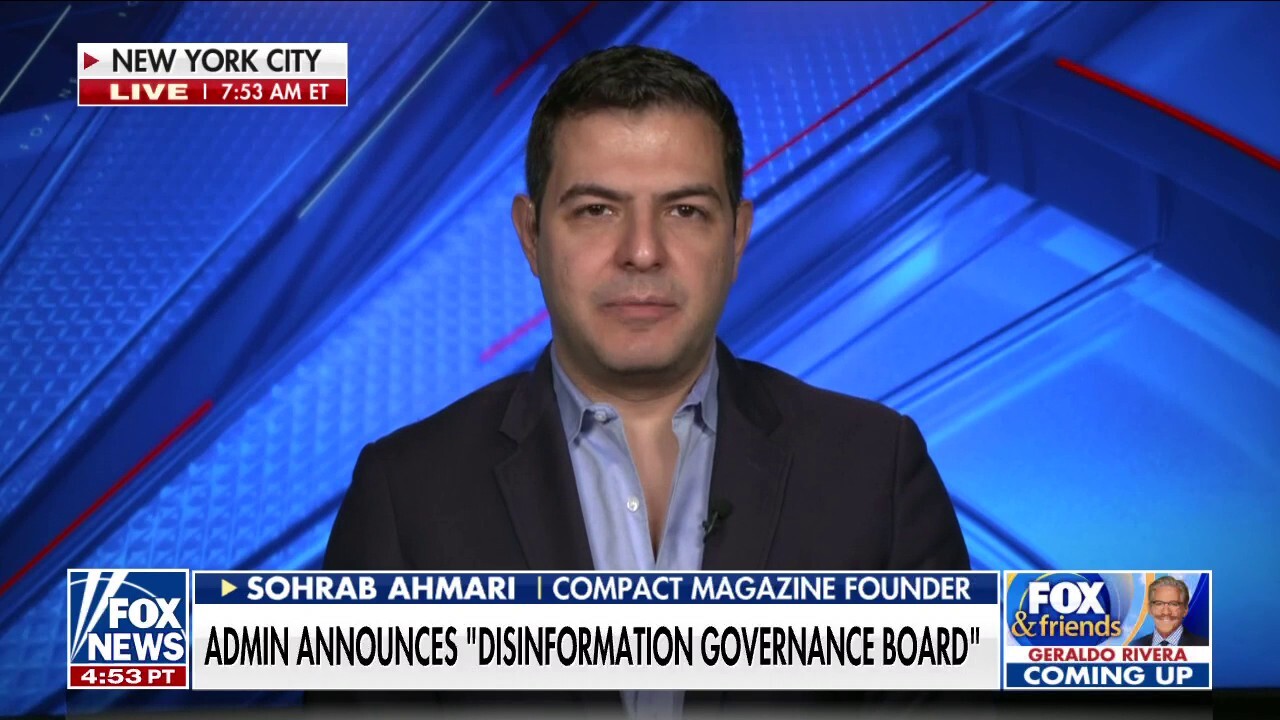 Compact Magazine founder Sohrad Ahmari said on “Fox & Friends” Friday the Biden administration is putting forth a “politicized” and “dangerous” policy toward “disinformation.” Ahmari said DHS’ Disinformation Governance Board and its new director, Nina Jankowicz, want to use the label for anything that runs counter to liberal narratives or the administration’s agenda.

SOHRAB AHMARI: This concept of mis or disinformation is the most politicized and ridiculous concept, and it became an anxiety for liberal elites in this country and in Europe around 2015, 2016, when President Trump was elected and Brexit happened. And they use it all the time to suggest that anything, any set of facts or arguments that run against whatever it is that liberals are pushing at the moment is disinformation. We should reject this term. We should use true or false, and we should use inquiry to figure out whether something is true or false and reject the very concept of misinformation because we see how it’s abused by someone like Nina Jankowicz to call what we now know is perfectly true reporting about Hunter’s laptop call that disinformation. You question the origins of COVID 19? Disinformation. Oh, but six months later, it turns out you were right. You don’t think Black Lives Matter riots are okay? That’s disinformation. So this is very dangerous, I mean, we use the word Orwellian too much, but this is legitimately Orwellian Ministry of Truth stuff.