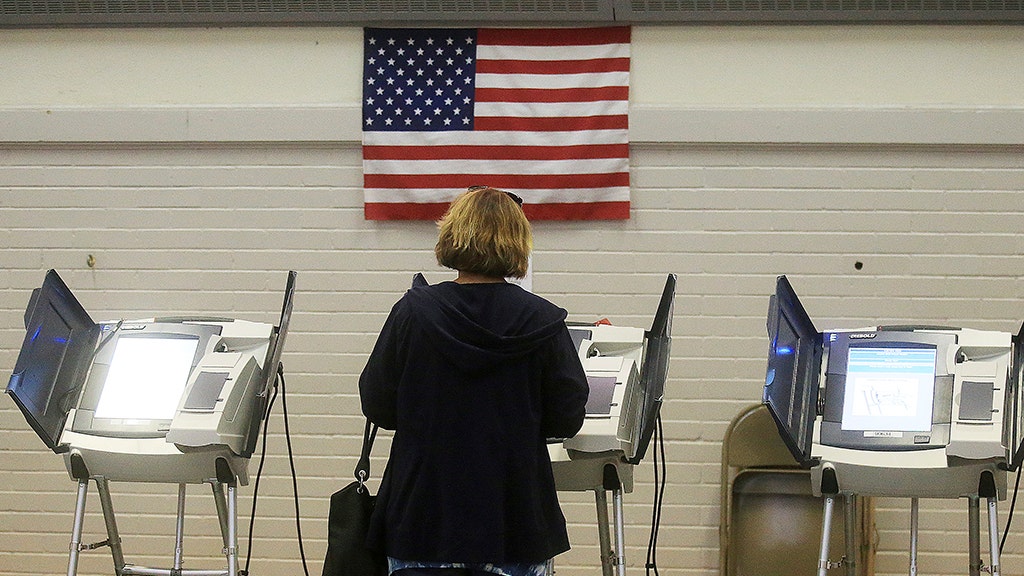 This is the fourth part of a Fox News Digital series about the Arabella Advisors-managed dark money network. Part I. Part II. Part III.

A liberal dark money group is using “behavioral psychology” to persuade moderate and Republican women to shift their allegiances and reliably vote for Democrats in key swing states, Fox News Digital has found.

Galvanize Action works to “identify, reach, and move moderate women in rural, small town, and suburban America to reliably vote for progress,” according to its website. It does so by working at the “intersection of data science, behavioral psychology, and neuroscience” to find women in battleground states “who want progress but aren’t yet reliably voting that way, connect with them on their values, and impact their voting behavior.”

The low-profile group is working to move women to Democrats in Michigan, Wisconsin, Pennsylvania and Ohio and will expand to North Carolina, Georgia, Arizona, Texas and Nevada. Galvanize Action is a fiscally sponsored project of the Sixteen Thirty Fund, a nonprofit incubator managed by the Washington, D.C.-based Arabella Advisors consulting firm.

Galvanize Action says they’ve identified more than 11 million moderate and Republican women in key states they could persuade to back Democrats.
(REUTERS/Tom Brenner)

“‘Nonpartisan’ get-out-the-vote nonprofits like Galvanize Action claim to care deeply about things like ‘encouraging civic participation’ and ‘making sure minority voices are heard,’ but the Galvanize Action playbook reveals the truth,” Thayer told Fox News Digital. “They admit that their goal is to use psychological tricks to fool ‘11.4M persuadable white women’ who ordinarily vote Republican. It’s unbelievably misleading and condescending, but that’s just the par for an Arabella Advisors front like Galvanize Action.”

According to Galvanize Action’s “Art & Science of Persuasion” playbook, the group has located more than 11 million “persuadable white women” in critical states and developed hundreds of messages to move them to vote Democrat.

The group’s modeling approach extends beyond demographics. It includes data from “voter files and polls with information from other sources, like surveys and digital platform use, to categorize people based on their values, personality traits, and beliefs,” its site says.

“These categories, or profiles, allow us to identify which voters it makes the most sense for us to focus our time, energy, and resources on,” they continue. “We’re not trying to convince people to change their core beliefs. Rather, we’re identifying women who want progress on things like access to healthcare and climate change so that we can support them to vote for candidates most likely to advance that progress.”

Although Galvanize Action repeatedly states they focus on moderate women, its targeted voter segments include “traditionalist conservatives” or “primarily middle-aged, highly-religious voters” who broke for Trump during the 2020 election.

“They score higher than average on traits related to viewing those outside of their group as threatening and are susceptible to ‘us versus them’ narratives designed to trigger fears,” the group writes. “They place a high value on taking care of those in their group and folks who are similar to them. Unlike Trump Conservatives, this group doesn’t strongly believe conservative political narratives and are more neutral on the role of government. They do, however, tend to think government officials are corrupt and/or not very trustworthy.”

“To date, we have over 250 statistically significant messages that have moved voters by up to 44 percentage points on topics including critical race theory, climate change, reproductive choice, the economy, immigration, democracy, and healthcare,” they write.

In the past three months, Galvanize Action has run an estimated 400 online ads targeting women voters in Wisconsin, Ohio, Pennsylvania and Michigan, according to the Meta ad database.

“Left-wing get-out-the-vote nonprofits like Galvanize Action are a dime-a-dozen, but still enormously influential since Democrats have long relied on them to deliver millions of votes during election cycles,” Thayer said.

He added that the Arabella Advisors-managed dark money network has “funded virtually every left-wing group that meddles with our elections.”

Arabella Advisors manages a $1.6 billion nonprofit network that includes the Sixteen Thirty, New Venture, Windward and Hopewell funds. Each provides fiscal sponsorship to dozens of left-wing groups below them, allowing them to bypass registering with the Internal Revenue Service.

The Sixteen Thirty Fund, which fiscally sponsors Galvanize Action, is a 501(c)(4) advocacy nonprofit incubator that raised $388 million from anonymous donors and disbursed $325 million in 2020, its most recent tax forms show.

“Our nonprofit clients hire us to provide HR, legal, payroll and other administrative services—and, like all service providers, we work for our clients, not the other way around,” Sampson said. “They make their own decisions on strategy, fundraising, and programmatic goals.”

Galvanize Action did not respond to a Fox News Digital request for comment.

Joe Schoffstall is a politics producer/reporter for Fox News Digital. Story tips can be sent to Joe.Schoffstall@Fox.com and on Twitter: @joeschoffstall