‘Let’s go!’ Watch a bear chase a couple walking their dog outside home in Florida 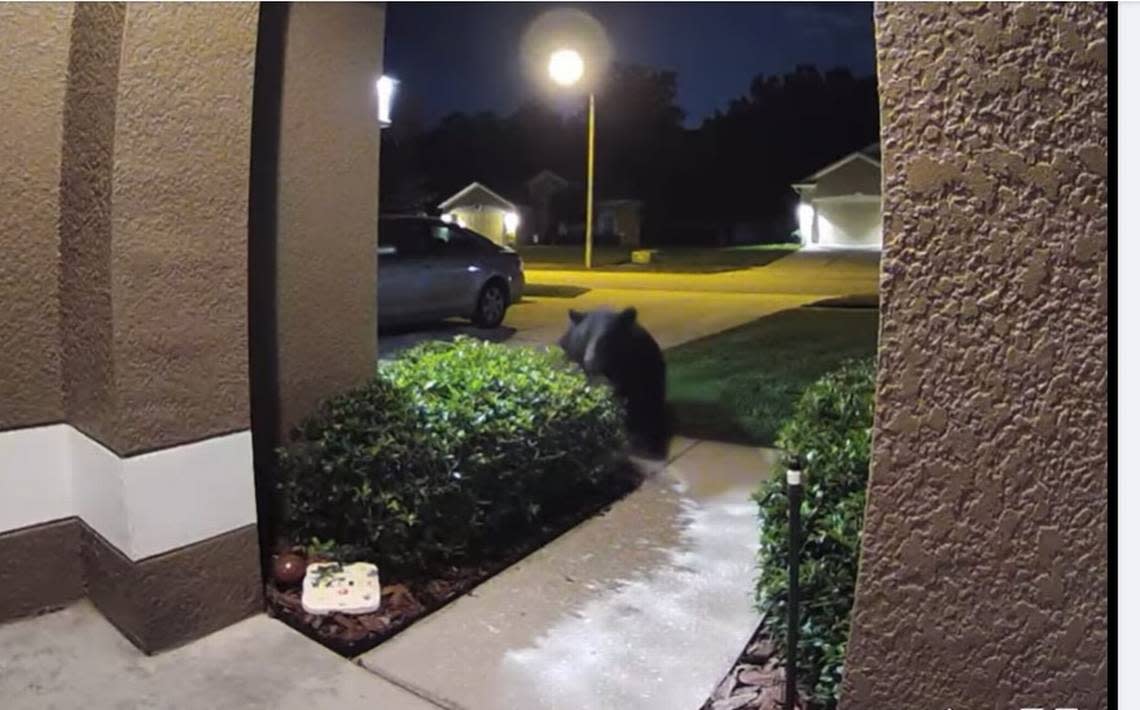 A Florida couple got the fright of their lives just taking their dog for a walk.

Rachael Mook Smith, of Apopka, posted a Ring video on her TikTok and it’s since gone viral.

She and her husband Jason Smith were out walking their dog around 9:30 p.m. Tuesday near Wekiwa State Park when the bear suddenly appeared, they told Click Orlando.

“The dog was doing his business,” Jason Smith told the outlet of the poodle. “This bear came out from behind my neighbor’s car and immediately charged after us.”

The doorbell camera shows the couple booking into their house, screaming, “Let’s go!” Their little gray dog stops momentarily to face the much larger animal, then sprints inside as the Smiths shriek the pet’s name, “Princie, Princie!”

“We made it safely into the house and closed and banged on the front door,” Rachel Smith told ViralHog, which now owns the clip and can be seen on YouTube.

The black bear looks as if it realizes that it’s not getting a snack, grunts a few times, then walks away.

Smith also uploaded a video of the “the scary experience” to her Facebook page; commenters were duly shocked and concerned.

“Scared the crap out of us,” Smith responded.

If you spot a bear, you are asked to contact the Florida Fish & Wildlife Conservation Commission to help with understanding their behavior and habitat.

Whatever you do: Do not engage.

“To avoid conflict,” the FWC says on its website, “do do not approach or feed them.”

Yes, it’s not only illegal to feed bears, but dangerous.

Also, unless you are near a safe structure like the Smiths, back away slowly. Never turn your back to a bear.

And a final tip from the FWC for dog owners: When out walking where bears have been seen, keep your pet on “a short leash.”

READ MORE: Florida woman is attacked by a bear outside her home