Leni Klum speaks out on controversial lingerie photo shoot with mom Heidi Klum: 'We had an amazing time' 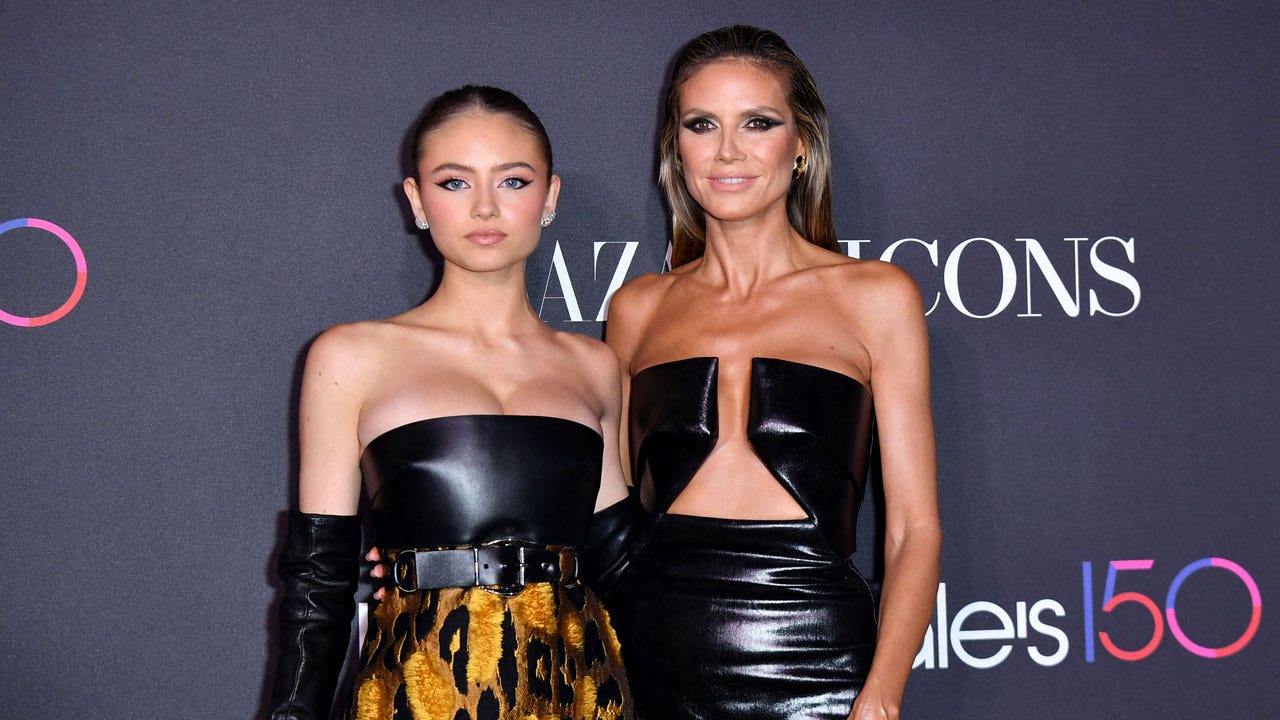 Leni Klum is commenting on the backlash she and her mom, Heidi Klum, received after their mother-daughter lingerie photo shoot.

Following the photo shoot, fans flocked to the comment section of the post calling it “very disturbing” and “weird.” Leni, 18, clarified at her mother’s annual Halloween party that she is not paying attention to the haters.

“I honestly didn’t look at a lot of the reactions,” Leni told Page Six Monday night.

“I am overall happy with the campaign, and I had an amazing day with my mom. I think the photos turned out great, and we had an amazing time,” she added.

Klum and Leni appeared in Italian brand Intimissimi’s most recent ad campaign. The two modeled black and white lingerie together in the photos, each wearing a bra, underwear and a pair of heels.

“Like mother and daughter,” Intimissimi captioned a photo of the two. “Every woman has a special place in her heart for her favorite lingerie.”

However, not everyone was loving it. “The photo is weird and the caption makes it weirder lol,” one user commented on the post.

Despite some negative commentary, Leni emphasized that she does not pay attention to it.

HEIDI KLUM GETS EMOTIONAL ABOUT SENDING HER DAUGHTER OFF TO COLLEGE: ‘KIDS SPREAD THEIR WINGS’

Leni was honored to work with Heidi, 49.

“I love her. She’s an inspiration. Just the advice she gives me, the way she works, everything about her, I can go on and on,” she shared. “I love shooting with her.”

Other social media commenters shared praise for the brand campaign.

“Amazing mother and daughter,” one wrote.

“Wow, finally a mommy model with her daughter instead of influencers I’m sick of seeing all the time,” another user added. “Good advertisement this time.”

Another user addressed the backlash saying they “don’t get” why everyone is “pressed.”

“This is actually a very classy ad for underwear, beautifully embracing the Italian background of this brand,” the user explained. “It’s mother and daughter in everyday underwear and if you automatically sexualize this that is your problem! You might wanna think about the fact that not every woman’s body in underwear is meant to be sexual and that it is just a regular clothing item.”

Leni launched her modeling career at the age of 16. Klum and her daughter appeared together on the cover of Vogue Germany for the January/February issue in 2021.

Janelle Ash is an entertainment writer for Fox News Digital.