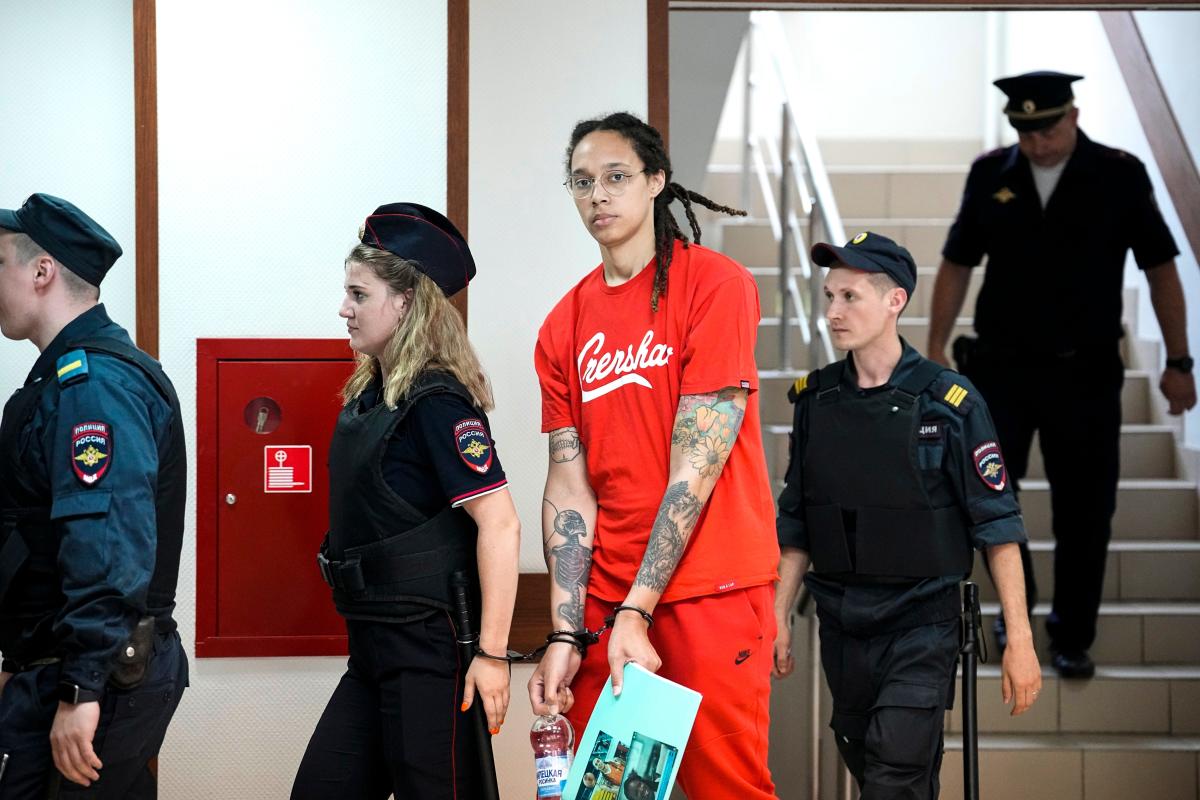 NBA star LeBron James questioned if WNBA star Brittney Griner should return to the United States whenever she is released from her incarceration in Russia.

The Los Angeles Lakers star made the comment about the Phoenix Mercury star in a trailer for his show, The Shop, which is scheduled to air on Friday on HBO.

“Now, how can she feel like America has her back?” James said. “I would be feeling like, ‘Do I even want to go back to America?'”

More: What is life in Russian prison like for Brittney Griner? Writing letters, reading Dostoevsky

This isn’t the first time James has commented on Griner’s situation.

In June, he demanded action from Joe Biden and Kamala Harris to bring Griner back to the United States, although now he apparently wonders if she should come back to the U.S.

“We need to come together and help do whatever we possibly can to bring BG home quickly and safely!!” James posted on Twitter. “Our voice as athletes is stronger together.”

Griner has been detained since Feb. 17 after vaping cartridges containing oil derived from cannabis were allegedly found in her luggage while going through an airport outside of Moscow.

More: Brittney Griner looms large at WNBA All-Star Game, even from half a world away | Opinion

Griner could land in prison for 10 years on drug smuggling charges. She recently pleaded guilty to the charges.

“As a decorated Olympian and member of an elite global sport community, BG’s detention must be resolved out of respect for the sanctity of all sport and for all Americans traveling internationally,” the post said. “It is imperative that the U.S. Government immediately address this human rights issue and do whatever is necessary to return Brittney home.”

More: Why did Brittney Griner plead guilty? What to know and what’s next in her Russian trial

The first was to learn about her case at wwww.wearebg.org, the second was to sign a change.org petition to help bring Griner home and the third was to share photos encouraging Biden and Harris to take action.

Interestingly, Phoenix Mercury coach Vanessa Nygaard recently wondered if Griner’s situation in Russia would be resolved already if it were James, not Griner that was detained.