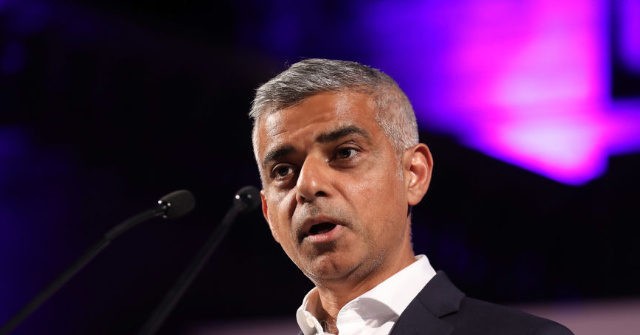 Two leading figures in the UK Labour Party, deputy leader Angela Rayner and Mayor of London Sadiq Khan, are pushing the government to speedily pass new regulations on “online hate” — a sign of the party’s priorities if it defeats the ruling conservative party at the next election.

Speaking at an event at the annual Labour Party conference this weekend, the leftist politicians demanded more action from the government, even though British laws already criminalize “hate speech.”

In 2017 alone, the British police arrested nearly 3,400 people for “offensive” online comments, but Labour’s leading figures seem to think that the hate speech laws ought to be even more draconian.

“They’ve tried to self-regulate. They’ve not been able to do it. It’s time for us to legislate,” said Rayner. “We need to find a way for these organisations to accept responsibility for that space.”

“In the absence of them regulating themselves, the government has got to regulate companies like Facebook and Twitter,” said Khan. “That’s why the online harms bills is so important. Hate has been monetized.”

“What Twitter and others have got to be doing is investing in algorithms or staff to take this stuff down as soon as it goes up, and especially once it’s reported. If I was breaching copyright with a song someone else had written, it would be taken down straight away.”

Two major pieces of internet regulation, the Online Safety Bill and the Digital Markets Bill, are currently being considered by the ruling Conservative government.

One of these, the Online Safety Bill, may be just as draconian as Labour wishes it to be, empowering the government to send “trolls” and purveyors of “disinformation” to jail, as well as anyone who publishes posts likely to cause “psychological harm.”

The bill, under fire from nonpartisan digital rights campaigners like the Electronic Frontier Foundation, as well as a wide variety of free speech campaigners, has been delayed by the government.

There is now growing momentum among Conservative MPs to take internet regulation in a different direction — to curtail the ability of tech companies to ban and blacklist British citizens for their political views. These efforts may or may not succeed, but if comments from Rayner and Khan are any guide, there would be little purpose even attempting them under a Labour government.

Allum Bokhari is the senior technology correspondent at Breitbart News. He is the author of #DELETED: Big Tech’s Battle to Erase the Trump Movement and Steal The Election.