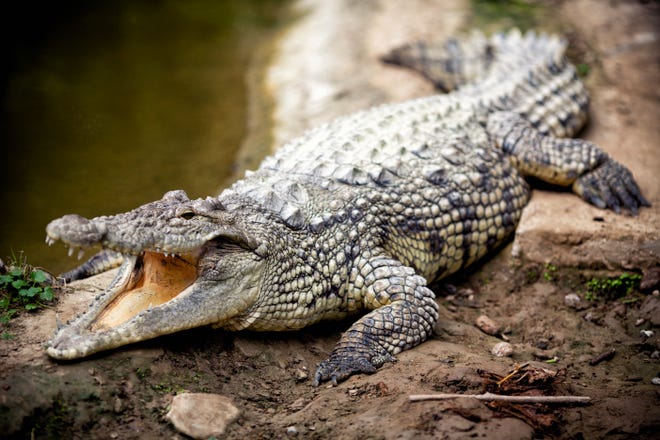 Reptiles are in trouble: In fact, over 21% of reptile species are threatened with extinction worldwide, according to a new, first-of-its-kind global assessment of more than 10,000 species.

The findings show that some reptiles, including many species of crocodiles and turtles, require urgent conservation efforts to prevent their extinction.

“The results of the global reptile assessment signal the need to ramp up global efforts to conserve them,” said study co-leader Neil Cox, of the International Union for the Conservation of Nature. “Because reptiles are so diverse, they face a wide range of threats across a variety of habitats.

“A multifaceted action plan is necessary to protect these species, with all the evolutionary history they represent,” he said.

The study was published in the peer-reviewed British journal Nature on Wednesday.

Study authors say the top threats to reptiles come from agriculture, logging, urban development and invasive species, although they acknowledge that the risk that climate change poses is uncertain.

In all, of the 10,196 species assessed, they found that at least 1,829 (21%) of species were threatened with extinction (categorized as being vulnerable, endangered or critically endangered). Crocodiles and turtles are among the most at-risk species, with around 57.9% and 50.0% of those assessed being under threat, respectively.

Some good news: The research revealed that efforts already underway to conserve threatened mammals, birds and amphibians are more likely than expected to also benefit many threatened reptiles.

Study authors say that many of the risks that reptiles face are similar to those faced by those other animal groups and suggest that conservation efforts to protect these groups – including habitat restoration and controlling invasive species – may have also benefited reptiles.

“These study results show that reptile conservation research no longer needs to be overshadowed by that of amphibians, birds and mammals. It is concerning, though, that more than a fifth of all known reptile species are threatened,” said Mark Auliya of the Zoological Research Museum in Bonn, Germany.

In addition to turtles and crocodiles, reptiles in the study included lizards, snakes and tuatara, the only living member of a lineage that evolved in the Triassic period approximately 200 to 250 million years ago.

“Many reptiles, like the tuatara or pig-nosed turtle, are like living fossils, whose loss would spell the end of not just species that play unique ecosystem roles, but also many billions of years of evolutionary history, said Mike Hoffmann, of the Zoological Society of London. “Their future survival depends on us putting nature at the heart of all we do.”

Another expert, Maureen Kearney, a program director at the National Science Foundation, said that “the potential loss of one-fifth of all reptile species reminds us how much of Earth’s biodiversity is disappearing, a crisis that is threatening all species, including humans.”