‘Las Vegas of Asia’ tells casinos to grow beyond gambling 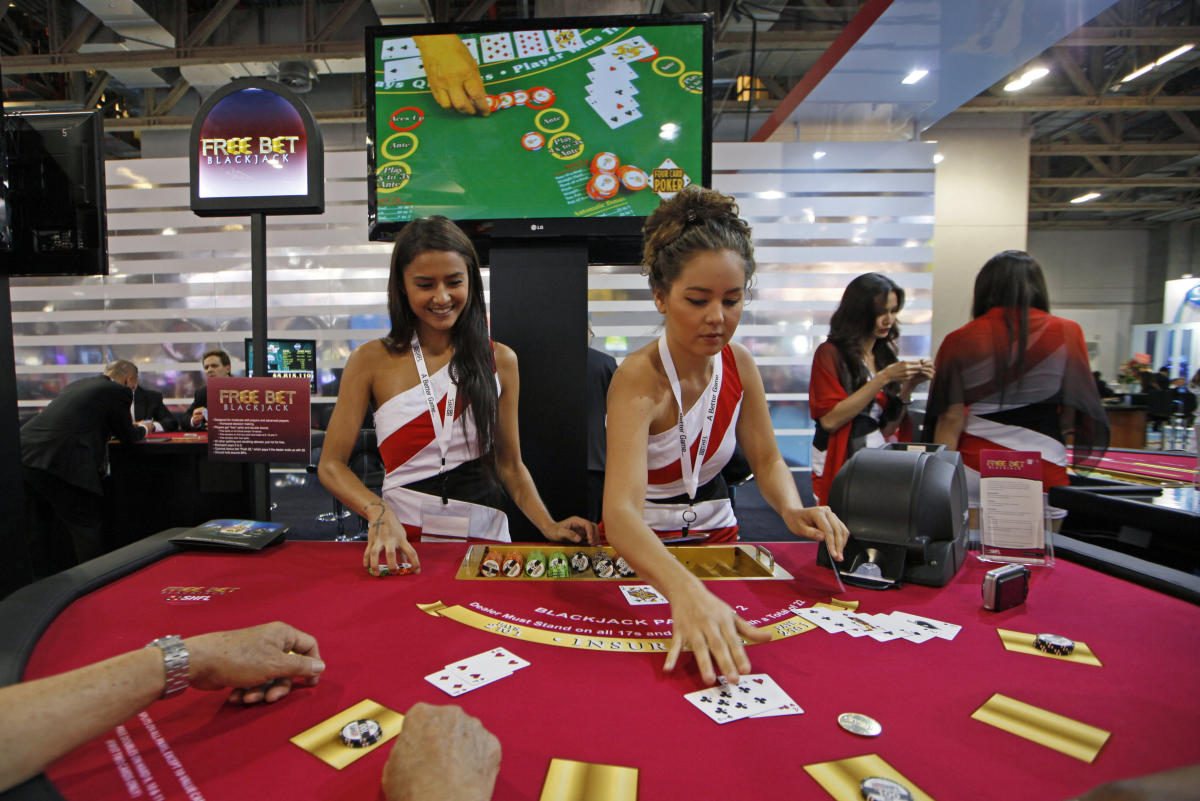 BEIJING (AP) — Losing money due to COVID, the American casino giants that helped make Macao the “Las Vegas of Asia” face a fresh challenge: The tiny Chinese territory wants them to help reduce its reliance on gambling by paying to build theme parks and other attractions.

The former Portuguese colony stayed out of business decisions for decades and now is aligning with official strategy on China’s mainland, where foreign companies are required to help pay for the ruling Communist Party’s development ambitions, profitable or not.

The licenses of MGM Resorts, Las Vegas Sands, Wynn Resorts and three Chinese rivals that invested billions of dollars in Macao expire in December. Rules released in early July say any that want to operate over the next 10-year period face an added requirement to invest in “non-gaming projects.”

Casinos face still more financial pressure after they were ordered to close this week, along with most other businesses, while Macao tries to control a renewed coronavirus outbreak. They already were operating under rules imposed in late June that limited the number of their employees to 10% of normal.

Financial analysts expect the Americans to get licenses, but the government says bidding is open to anyone.

The territory of 700,000 people crowded onto a 30-square-kilometer (12-square-mile) peninsula jutting into the South China Sea near Hong Kong is the biggest global center for gambling but is under pressure from Chinese President Xi Jinping’s government to rely less on its dominant industry.

Beijing wants theme parks, entertainment and conventions to attract more non-Chinese visitors. Even before tourist travel was shut down to fight COVID in 2020, the mainland was trying to limit the flow of gamblers across the fenced boundary that separates Macao from Guangdong province.

Macao is “dedicated to steering the composition of industries towards adequate diversification,” said its economy secretary, Lei Wai Nong, at a May 31 government meeting.

An added complication for the Americans: Relations between Xi’s government and Washington are strained by disputes over trade, technology, human rights and other irritants. Other companies have been hit by retaliation for U.S. tariff hikes, but Macao casinos haven’t been targeted.

“There is a high risk that at least one, if not two, may not get a new concession,” said Ben Lee, managing partner of IGamiX, a gambling industry consulting firm in Macao. “Why would 50% of such a dominant industry in Macao be ceded to foreigners, particularly Americans?”

Pressure for change comes as Macao faces growing competition for potential non-Chinese gamblers from casinos in Singapore, Malaysia and Cambodia.

Financial analysts expect MGM, Sands and Wynn to be approved for licenses due to the jobs and tax revenue they generate. Their casino hotels with thousands of employees soar above the narrow lanes of Macao’s centuries-old city center and Cotai, a strip of land reclaimed from the sea.

Still, the risk an established operator might fail to receive a license “should not be ignored,” Fitch Ratings said in a June 16 report.

The Chinese competitors include SJM Holding, part of the empire of the late Stanley Ho, a competitive ballroom dancer and Macao’s “King of Gambling,” who had a four-decade, government-granted monopoly on casinos until 2001. SJM is run by Ho’s daughter Pansy.

The others are Melco International, run by Ho’s son Lawrence, and Galaxy Entertainment Group.

The decision to allow in foreign-owned casinos in 2002 brought a flood of money to Macao, once best known in China for its Portuguese-style egg tarts, and billions of dollars in profit to their operators. In total, the six license holders operate 41 casinos.

But revenue was sliding even before COVID hit in 2020. Beijing was tightening controls on how often mainland gamblers could visit. Curbs were imposed on financial transfers to Macao in a crackdown on money laundering and tax evasion.

Macao’s economy, possibly the world’s most tourism-dependent, has shrunk by half since 2019, according to government data.

The government has appealed to casino operators to avoid laying off employees.

Macao’s appeal is so powerful that Las Vegas Sands Corp., traditionally the biggest global casino operator by revenue, sold its namesake Las Vegas hotel in 2021 to wager everything on its six Macao properties and one in Singapore.

The company has invested an estimated $13 billion in Macao. It is in the midst of a $2.2 billion overhaul of one of its hotels.

Betting so heavily on Asia, however, meant Sands suffered the biggest COVID hit. The company reported a first-quarter loss of $478 million. Revenue fell 21% from a year earlier to $943 million.

Wynn Resorts Ltd. said revenue at its two Macao casinos fell, but its Las Vegas properties helped to limit its overall loss to $183.3 million on revenue of $953.3 million, temporarily putting it ahead of Sands.

MGM Resorts said its first-quarter revenue of $268 million in Macao was down 76% compared with the pre-outbreak level of $734 million in the first quarter of 2019.

SJM operates a zip line and indoor skydiving attractions. It has dropped an earlier proposal for a Hello Kitty theme park. The tycoon behind Galaxy talked about a possible theme park resembling the movie “Avatar,” but it never went ahead.

“Entertainment and theme parks are costly to run, with questionable returns,” said Lee.

Regulators need to craft investment requirements “very carefully,” Lee said. “You can’t force concessionaires to invest in theme parks and entertainment without a return unless it is in black and white.”