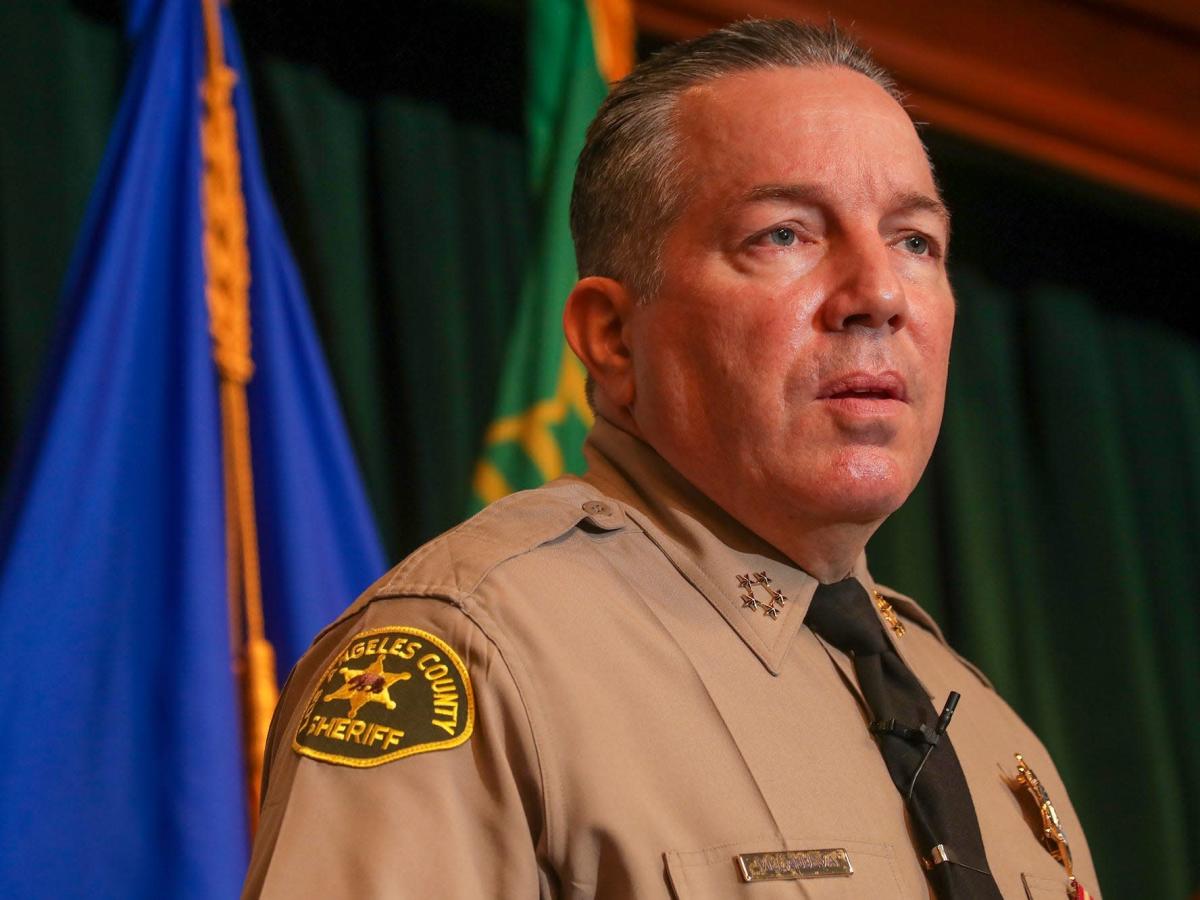 A lawyer for the Los Angeles Times put the county’s sheriff “on notice” after the department announced it would be investigating a reporter who wrote an article about a deputy’s use of force on an inmate.

In an open letter published on the Times’ website, LA Times general counsel Jeff Glasser said the investigation “appears to be a thinly veiled attempt to intimidate” LA Times reporter Alene Tchekmedyian “for reporting unflattering (but entirely accurate) information about the conduct of individuals in your department and allegations of a cover-up by you and other officials.”

The LA County Sheriff’s Department had announced it was opening an investigation into Tchekmedyian’s conduct on Tuesday, a month after she wrote about a leaked video in which a deputy was seen kneeling on an inmate’s head for three minutes after he punched the deputy in the face.

During a press conference Tuesday, LA County Sheriff Alex Villanueva said the department would look into charges of conspiracy, burglary, and unauthorized use of a database against Tchekmedyian, retired LASD Commander Eli Vera, and sheriff’s Inspector General Max Huntsman.

He then listed multiple court cases that involved granting journalists protection when publishing articles about confidential or intercepted information.

He included a 2015 case where the LA County Sheriff’s Department tried to bar the LA Times from publishing an article that proved the department had hired 280 employees with histories of misconduct.

In that case, the court decided that journalists cannot be sued for publishing “newsworthy information through routine reporting techniques” and stated that “ordinary news-gathering techniques ‘of course, include asking persons questions, including those with confidential or restricted information.'”

Glasser said the prosecution of Tchekmedyian — or threats of prosecution — would be an abuse of power of the sheriff’s department.

Additionally, Glasser said, the department’s attempt to prosecute Tchekmedyian would negate the federal Privacy Protection Act of 1980 that states there is a reason for legal action against law enforcement officials who wrongly target journalists.

“You are on notice that if the Los Angeles Sheriff’s Department attempts to search the property or data of Ms. Tchekmedyian … the department will have directly violated the PPA and clearly established constitutional law, and L.A. Times will seek every available remedy against you,” Glasser said.