Kremlin propagandists, an oligarch and an alleged Putin mistress could all face sanctions from Washington 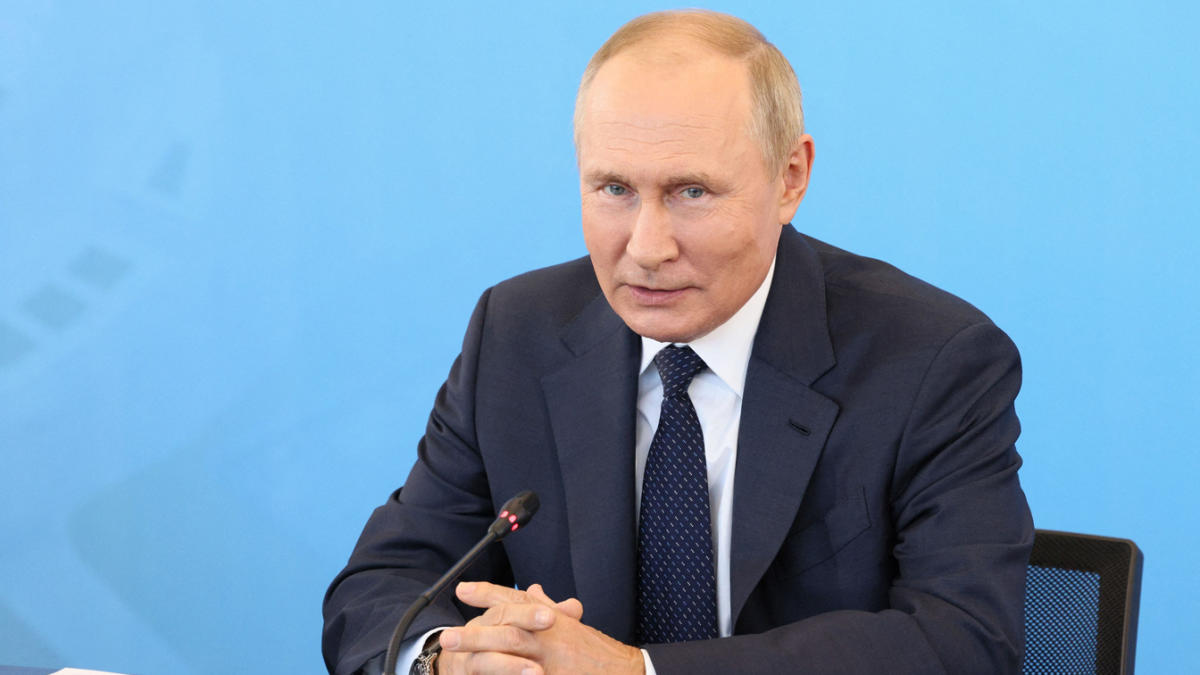 “We will continue to push against key enablers of Putin’s oppression,” Rep. Tom Malinowski, D-N.J., said on the House floor earlier this week as the CORRUPT Act headed for a vote. The typically Washingtonian acronym stands for the Corruption, Overthrowing Rule of Law, and Ruining Ukraine: Putin’s Trifecta Act.

“You can imagine that we worked hard on that acronym,” quipped Malinowski, the measure’s principal sponsor. Notably, the bill received some Republican support, including from Reps. Joe Wilson of South Carolina and John Curtis of Utah, among others.

Supporters of the measure expressed optimism for eventual passage in the Senate, where for the most part both parties continue to show solidarity with Ukraine, which was invaded by Russia earlier this year.

“We’re hopeful the Senate will quickly take up the CORRUPT Act,” a Democratic aide told Yahoo News. “I’m not aware of a U.S. senator standing up to defend the right of Putin’s top cronies to keep earning interest on U.S. accounts.”

In his remarks on the House floor, Malinwoski referenced the plight of Vladimir Kara-Murza, a pro-democracy activist who was jailed earlier this year for opposing Russian President Vladimir Putin’s unprovoked invasion of Ukraine.

Kara-Murza has supported sanctions against Putin’s enablers because, as Malinowski put it, “nothing can send a chill down the backs of Putin’s autocratic enablers like the realization that not even the Kremlin, with all of its patronage, all of its oil money, will be able to guarantee their ill-gotten gains.”

A new round of sanctions has been championed by the Anti-Corruption Foundation, established by imprisoned Russian dissident Alexei Navalny, who has argued that targeting only high-level oligarchs allowed many other abettors of the Kremlin to escape responsibility. If the bill becomes law, Biden will make a final determination regarding which of the figures on the list deserve to be sanctioned. He will also have to justify dropping anyone recommended by the House and Senate for sanctions.

It will then fall to the State and Treasury Departments to put those sanctions into place — something federal officials have done dozens of times since Biden first vowed to defend Ukraine in a way that did not require direct American military involvement.

Anna Veduta, the U.S. representative for Navalny’s organization, praised Malinowski’s “brilliant initiative” in shepherding the CORRUPT Act through the House.

“Although there are still more cogs in Putin’s system to be sanctioned, we are very pleased to see that the most vile propagandists made the list,” Veduta wrote to Yahoo News in a text message. “These people are the backbone of Putin’s regime and are personally responsible for its atrocities and the war crimes in Ukraine.”

The inclusion of Abramovich’s name is especially notable. He escaped sanctions earlier this year because, when the war in Eastern Europe began, he was seen as a potential peace broker between Moscow and Kyiv: he is close to Putin but is also Jewish, like Ukrainian President Volodymyr Zelensky. That effort came to naught, and Abramovich — who had already been forced by British authorities to sell his beloved Chelsea soccer team — could see harsh new restrictions from American regulators.

Simonyan, as the editor of Russia Today, deftly and faithfully channeled Putin’s warped grievances for English-language readers and viewers until RT America was shut down earlier this year. The State Department has described her as “adept at serving up lies as truths — and with a smile.”

But as the Russian invasion of Ukraine faltered, her warnings have turned apocalyptic. “The most incredible outcome, that all this will end with a nuclear strike, seems more probable to me than the other course of events,” Simonyan said in April.

She made those disturbing remarks on Russia One, the nation’s most popular television network. The blustery Solovyov hosts the network’s signature evening program, while Andreeva reads the nightly news. It was her broadcast that was famously interrupted by editor Marina Ovsyannikova’s antiwar protest in March.

Gergiev, once celebrated for his intense conducting style, was dropped by the Munich Philharmonic and New York’s Metropolitan Opera. At the time, a spirited debate ensued about whether cultural figures like Gergiev and world-renowned soprano Anna Netrebko should face consequences for supporting the Kremlin.

Netrebko is not among the pro-Kremlin figures listed in the CORRUPT Act, but the singer Nikolai Baskov is, as are several other celebrities.

Potentially facing sanctions are Evgeny Kaspersky, founder of the prominent cybersecurity firm that bears his name and that has faced scrutiny over alleged Kremlin ties; the nationalist ideologue Alexander Dugin, believed to have instilled Putin with the pan-Slavic fervor that motivated him to invade Ukraine; Anna Popova, who heads the Kremlin’s response to COVID-19; Valentina Tereshkova, who in 1963 became the first woman to travel into space; and Svetlana Krivonogikh, widely suspected to have once been a romantic partner of Putin’s.

The new sanctions could complicate Putin’s control over Russian society at precisely the moment when that control could be slipping. Recent gains by Ukraine’s military, and the subsequent partial mobilization in Russia, have introduced the grim prospect of a much longer conflict than the “special operation” that the Kremlin initially believed might end in a matter of days.

Since the Kremlin’s invasion of Ukraine in late February, the Biden administration has levied a plethora of sanctions against Russian individuals and corporations. Biden has argued that while the sanctions may take time to work, they will eventually cripple the Putin regime and trigger a public backlash that could perhaps even lead to the authoritarian leader’s downfall.

So far, a combination of social repression and economic reorientation has allowed the Kremlin to avoid such a catastrophe, but outside observers say it is only a matter of time. And in recent days, dissent has been rising in some parts of Russian society. Earlier this month, a resolution by lawmakers in Putin’s native city of St. Petersburg sought to “indict the Russian president for treason,” a remarkable rebuke in a nation where political dissent can lead to death.

And the war has been denounced by singer Alla Pugacheva, who first became a popular icon during the late Soviet era and, improbably, remains well liked today, unlike most other celebrities from that time. After her husband was deemed a “foreign agent” by the Kremlin for opposing the war in Ukraine, Pugacheva asked for the same designation.

“I stand in solidarity with my husband, who is an honest and ethical person, a true and incorruptible Russian patriot, who only wishes for prosperity, peace and freedom of expression in his motherland,” Pugacheva said. She is not among the Russian figures who could soon face sanctions from the United States.

One thought on “Kremlin propagandists, an oligarch and an alleged Putin mistress could all face sanctions from Washington”