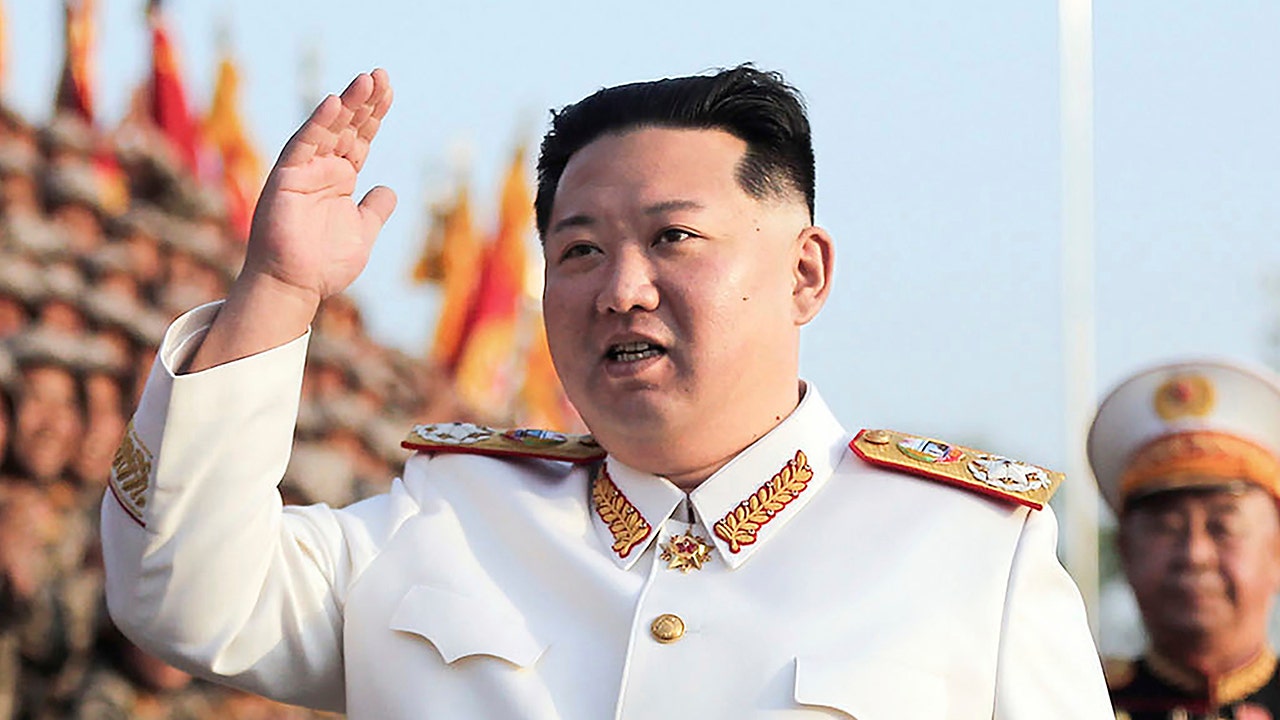 SEOUL, South Korea — North Korean leader Kim Jong-Un warned yet again that the North could preemptively use its nuclear weapons if threatened, as he praised his top military officials over the staging of a massive military parade in the capital, Pyongyang, this week.

Kim expressed “firm will” to continue developing his nuclear-armed military so that it could “preemptively and thoroughly contain and frustrate all dangerous attempts and threatening moves, including ever-escalating nuclear threats from hostile forces, if necessary,” the North’s official Korean Central News Agency said Saturday.

KCNA said Kim called his military officials to praise their work on Monday’s parade, where the North showcased the biggest weapons in its military’s nuclear program, including intercontinental ballistic missiles that could potentially reach the U.S. homeland and a variety of shorter-range solid-fuel missiles that pose a growing threat to South Korea and Japan. KCNA didn’t say when the meeting took place.

The parade marking the 90th anniversary of North Korea’s army came as Kim revives nuclear brinkmanship aimed at forcing the United States to accept the idea of his country as a nuclear power and remove crippling economic sanctions.

Speaking to thousands of troops and spectators mobilized for the event, Kim vowed to develop his nuclear forces at the “fastest possible speed” and threatened to use them if provoked. He said his nukes would “never be confined to the single mission of war deterrent” in situations where the North faces external threats to its unspecified “fundamental interests.”

Kim’s comments suggested he would continue a provocative run in weapons testing to dial up the pressure on Washington and Seoul. South Korea will inaugurate a new conservative government in May that could take a harder line on Pyongyang following the derailed engagement polices of current liberal President Moon Jae-in.

Kim’s threat to use his nuclear forces to protect the ambiguously defined “fundamental interests” of his country possibly portends an escalatory nuclear doctrine that could pose greater concern for South Korea, Japan and the United States, experts say.

North Korea has conducted 13 rounds of weapons launches in 2022 alone, including its first full-range test of an ICBM since 2017, as Kim exploits a favorable environment to push forward its weapons program as the U.N. Security Council remains divided and effectively paralyzed over Russia’s war in Ukraine.

There are also signs that North Korea is rebuilding tunnels at a nuclear testing ground that was last active in 2017 in possible preparations for a nuclear explosive test. Some experts say the North may try to conduct the test sometime between the inauguration of South Korean President-elect Yoon Suk Yeol on May 10 and his planned summit with U.S. President Joe Biden on May 21 to maximize its political effect.

Kim’s recent remarks followed a fiery statement released by his powerful sister earlier this month in which she blasted South Korea’s defense minister for touting preemptive strike capabilities against the North and said her country’s nuclear forces would annihilate the South’s conventional forces if provoked.

Yoon during his campaign also talked about enhancing the South’s preemptive strike capabilities and missile defenses as he vowed to strengthen the South’s defense in conjunction with its alliance with the United States.

While Kim’s collection of ICBMs has grabbed much international attention, North Korea since 2019 has also been expanding its arsenal of short-range solid-fuel missiles threatening South Korea.

The North describes some of those missiles as “tactical” weapons, which experts say communicate a threat to arm them with smaller battlefield nukes and use them during conventional warfare to overcome the stronger conventional forces of South Korea and the United States, which stations about 28,500 troops in the South.

North Korea may use its next nuclear test to claim it has created a nuclear warhead small enough to fit on those missiles or other weapons it tested this year, including a purported hypersonic missile, analysts say.

“Taken together with ambitions for tactical nuclear warheads, submarine-based launch capabilities, and more sophisticated ICBMs, Pyongyang is not simply looking to deter an attack. Its goals extend to outrunning South Korea in an arms race and coercing the United States to reduce sanctions enforcement and security cooperation with Seoul,” Easley added.

Nuclear negotiations between Washington and Pyongyang have been stalled since 2019 because of disagreements over a potential easing of U.S.-led sanctions in exchange for North Korean disarmament steps.

Kim has stuck to his goals of simultaneously developing nuclear weapons and the country’s dismal economy in the face of international pressure and has shown no willingness to fully surrender a nuclear arsenal he sees as his biggest guarantee of survival.