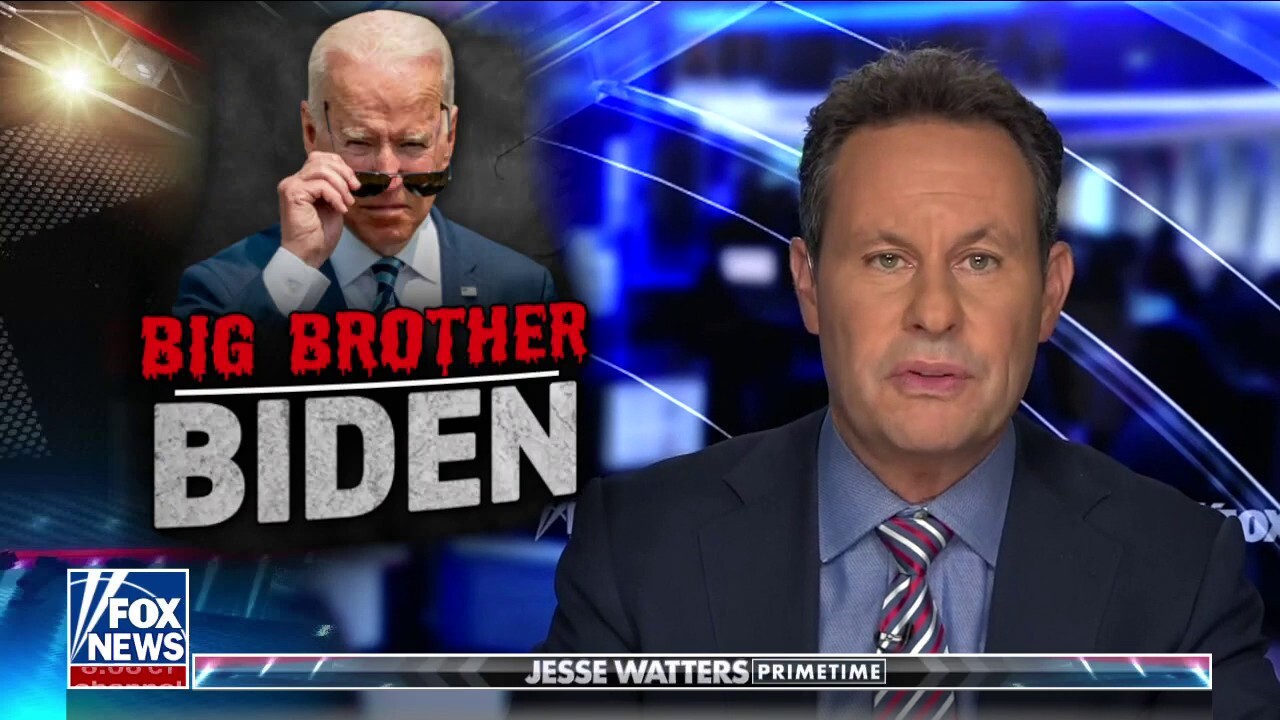 BRIAN KILMEADE: In his classic novel “1984,” George Orwell warned the world of the dangers of government addicted to power. One where the narrative was controlled by the state and the people were forced to bend a knee. Truth-telling became the cardinal sin of Orwell’s dystopian state, where a power hungry state reigned in on shutting down free speech and was all guided by what Orwell termed the Ministry of Truth. A propaganda branch of the state, in his book, whose priority was to control all forms of public information where industries like journalism, entertainment and art were all controlled by Big Brother, and the state told you what the truth was actually in their mind, which was the truth accepted. Now, the people had no say in any of it. They were forced to listen and they were forced to follow. Now, Orwell’s book was meant as a warning to the world that this kind of society could become reality under the wrong people if the wrong people were in charge. But, it looks like the Biden administration is taking Orwell’s work not as a warning, but as their own manual. Now, yesterday, the White House announced a brand new department called the Disinformation Governance Board. I’m not kidding. A board aimed toward tackling disinformation ahead of the 2022 midterm elections.

DHS says the group was made to focus on misinformation about Russia, irregular migration, too. But we can read between the lines. This disinformation push is going to extend to all facets of free speech.

This is all about putting the ball in the Democrats’ court. Since Democrats can’t win on substance, they have to rely on their control to win. They got to control the message. So Joe Biden wants to act like Big Brother and enforce his own ministry of truth. He’s got the bureau already all in effort to keep you from knowing about his disastrous White House and force you into silence, perhaps, since they have an election to win, or at least hold on to some type of power, maybe the Senate. At the end of the day, all they ever care about is power. And now the American people are watching George Orwell’s dystopian society become reality.