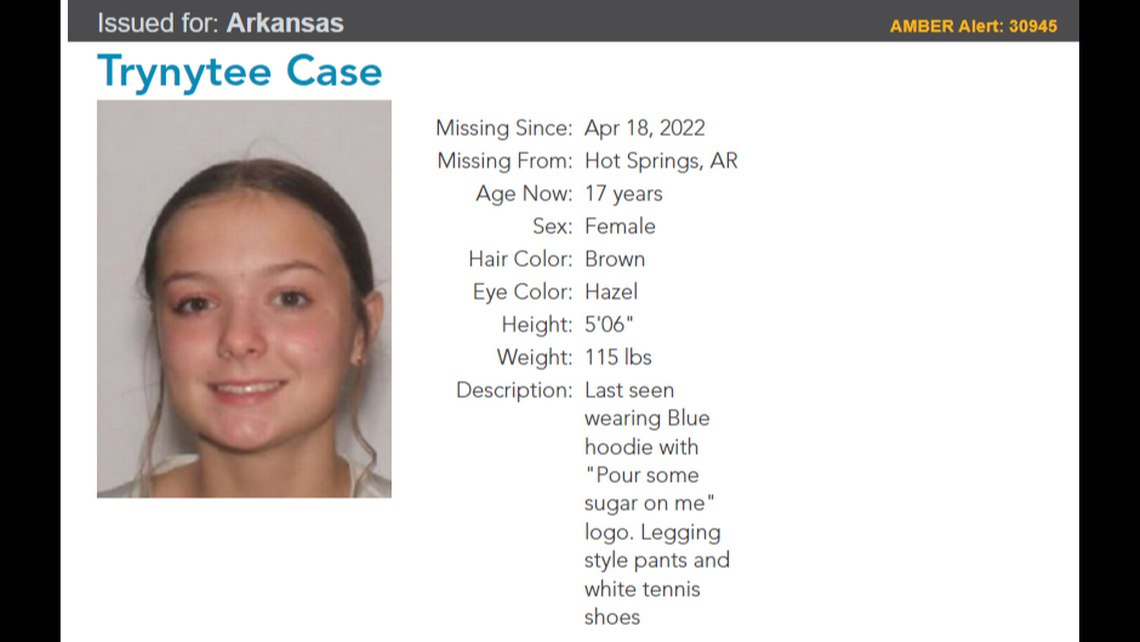 An Amber Alert has been issued for a 17-year-old girl Arkansas police say has been abducted and being held for ransom after leaving work at a bakery on April 18. The teens’ abductors are demanding $10,000 for her return.

Trynytee Case was last seen leaving work at the Hot Springs bakery, Pour Some Sugar on Me, at around 9:15 p.m. on April 18, police said in the Amber Alert.

Case and a co-worker were walking to their cars after leaving work, and were met by a woman who asked Case if she could use her cellphone, police said.

The stranger told Case and her co-worker that she was lost, and needed to find where her parents were staying in Hot Springs. She asked Case if she could come closer to the unknown woman’s car so she could use her GPS coordinates, according to the Amber Alert, which was issued on April 19.

The co-worker then told Case she was going to get her car in a nearby parking garage, but when she returned, Case was nowhere to be found, the alert said.

After Case’s mother tried to call her multiple times, the 17-year-old answered and said “Everything is fine.” A man then told her mother on the phone that he wants $10,000 for Case’s return, or she will be killed and “cut up,” according to the Amber Alert.

The phone then went dead, and was last pinged headed south of Hot Springs on U.S. highway 7, police said.