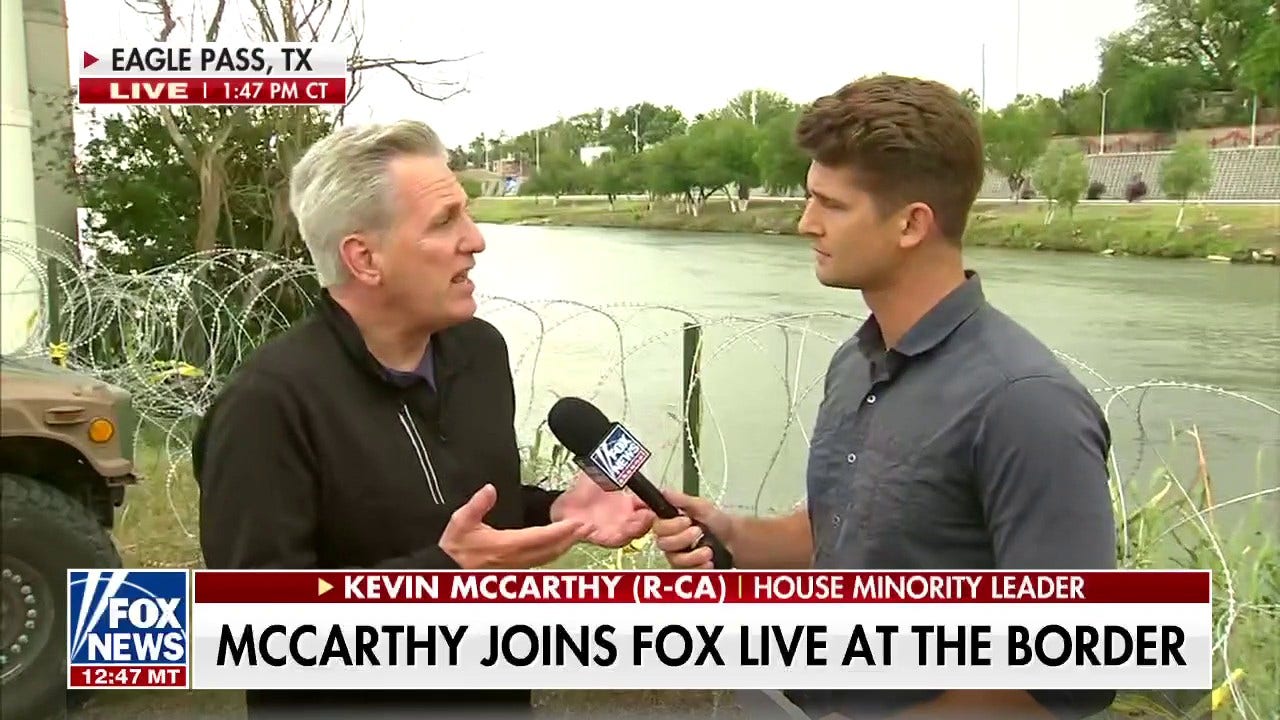 House Minority Leader Kevin McCarthy said on Monday that the migrant surge is “unsustainable,” and warned it could become “overwhelming” if President Biden’s plan to lift Title 42 is implemented.

“It’s devastating now, overwhelming, unsustainable. … It is going to be overwhelming [if Title 42 is lifted], because it’s going to go from 7,000 a day to 18,000” McCarthy told Fox News correspondent Bill Melugin.

There were more than 221,000 migrant encounters in March alone.

Immigrant men from many countries are taken into custody by U.S. Border Patrol agents at the U.S.-Mexico border on December 07, 2021 in Yuma, Arizona. Governors from 26 states have formed a strike force to address the crisis at the border.
(John Moore/Getty Images)

“We can stop this, this is created by what Biden’s actions have been. And he should not lift Title 42. That’s what we are down here to talk about, what we are watching. I think the president should be here and actually see what’s going on before he makes any decisions like that,” McCarthy said.

“The speaker should be down here, the vice president should be down here. Those Democrats who claim that they are opposed to lifting Title 42, they could sign a discharge petition, only a handful has to do it and it could go on the floor,” he added.