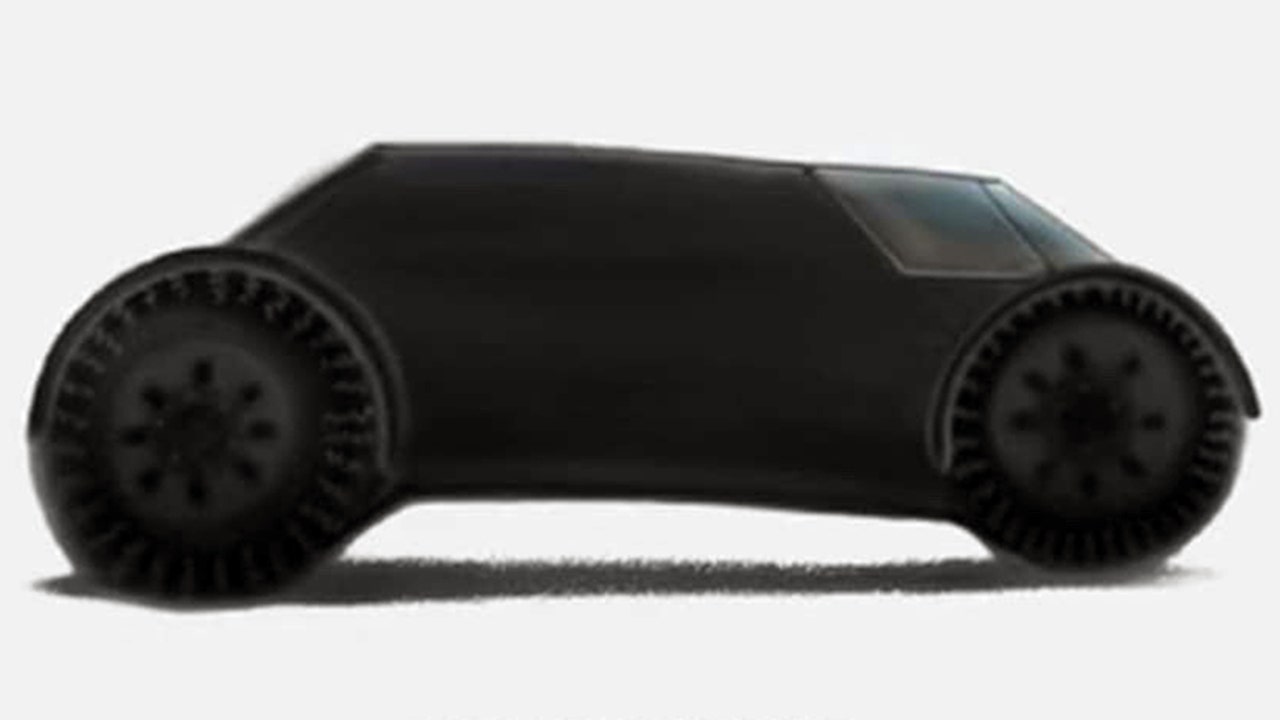 Kanye West is getting into the car business.

The project will be headed up by footwear designer and longtime West collaborator, Steven Smith.

Details have not been released, but an announcement provided to Complex included an intriguing product tease.

The vehicle is called the Donda Foam Vehicle and is said to be conceptualized, designed, and manufactured in the United States.

A low resolution image depicts what appears to be an extreme off-roader, not unlike the Ukranian Sherp truck West owns and drove in the McDonald’s Super Bowl commercial this year.

Kanye West drove his Sherp through a McDonald’s drive-thru in a Super Bowl commercial.
(McDonald’s)

The vehicle features a cab-forward design and a slab-sided passenger compartment with an extra long wheelbase and oversize “tweels”.

A tweel is an airless tires and wheel combination that uses flexible spokes instead of an air-filled chamber and can continue to work when punctured.

The Donda Foam Vehicle appears to be inspired by the Ukranian-built Sherp, which Kanye West owns.
(Dennis Porter/Barcroft Media via Getty Images)

“I’m honored to help create our shared vision of the future,” Smith told Complex. “Mr. West is the single most inspiring creative I have ever worked with.”

Given West’s close relationship with Elon Musk, who was at the release party for the “Donda 2” album in February, it has been speculated the vehicle could be built using Tesla technology; however, there is no official confirmation that is the case and neither Musk nor Tesla has yet commented on the vehicle.