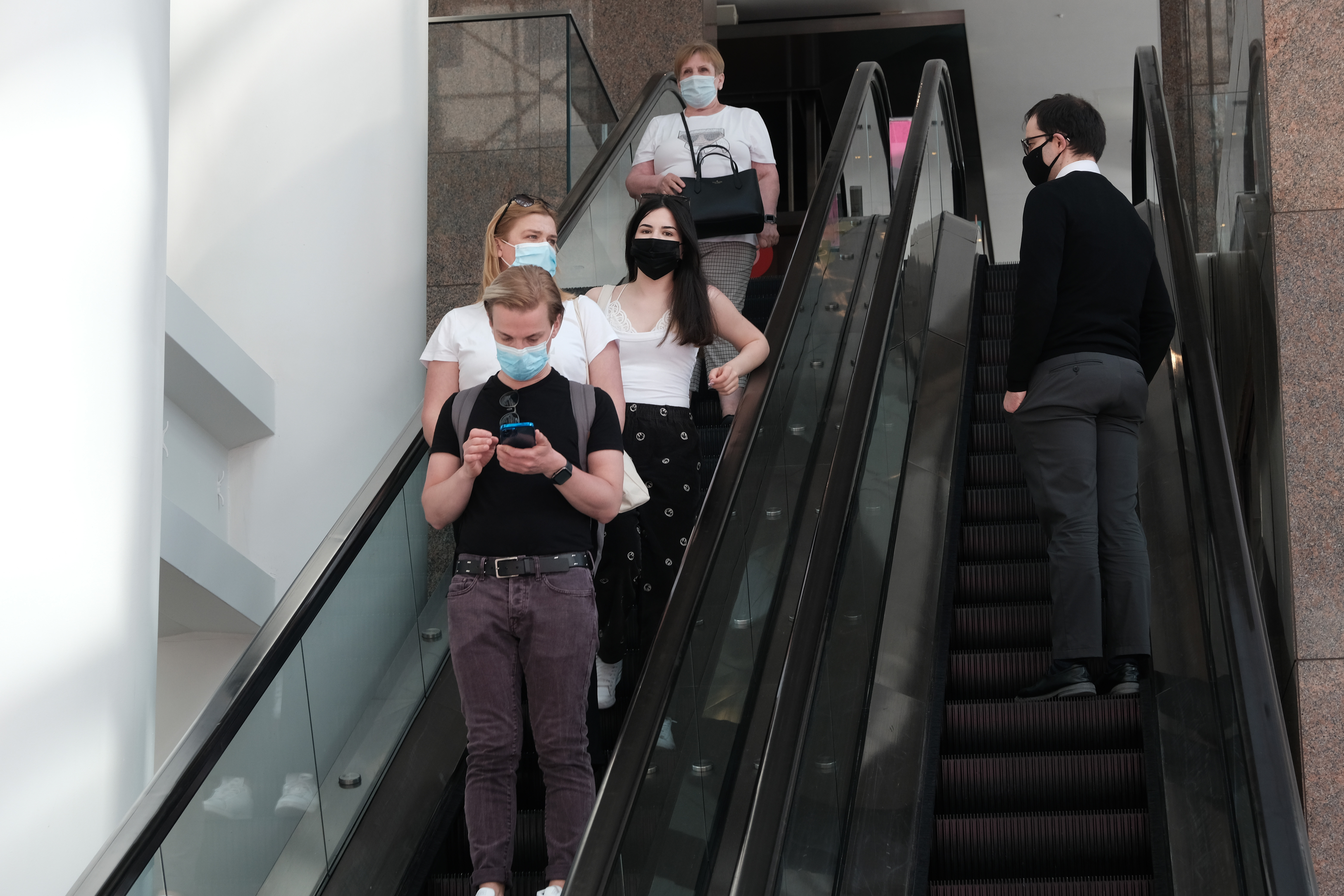 A Health and Human Services Department official told POLITICO “no decision has been made” on whether to appeal.

White House officials pressed the Department of Justice for swift guidance on how to proceed after Monday’s Florida District Court ruling, two people familiar with the deliberations said. Top administration officials were in meetings throughout Tuesday discussing the viability of a potential appeal, the two said. The White House declined to comment on the deliberations, but press secretary Jen Psaki told reporters that “it typically takes a couple of days to review and make an assessment” of a possible appeal.

Administration officials publicly sent mixed signals throughout the day. President Joe Biden earlier Tuesday appeared ambivalent, indicating that it was “up to” individual people whether they should continue wearing masks. But Health and Human Services Secretary Xavier Becerra later told reporters at a Las Vegas, Nev., event that the administration is “likely” to appeal the ruling. The White House and health agency did not immediately respond to requests for comment.

Part of the internal divide over whether to appeal was driven by a sense from some inside the administration that the coronavirus pandemic is no longer an emergency. The administration was already planning to roll back the transportation mandate in early May after just a two-week extension.

Privately, Biden officials are cautiously optimistic about coronavirus trends: Despite roughly 35,000 new cases a day, up 40 percent from earlier in the month, hospitalizations have remained flat in that period, according to the CDC. The agency also had plans to debut a new masking framework soon that would have loosened guidance.

Officials are still worried about the fallout if the 11th Circuit Court of Appeals, which has jurisdiction over Florida, upholds the ruling. That could prove a politically embarrassing loss and set a precedent that could hamstring future public health crisis response efforts, one of the people with knowledge of the matter said.

The appeals court is made up of a majority of judges appointed by Republican presidents, including six installed by former President Donald Trump, and it’s unclear which three of those judges would hear the legal challenge.

“The real central issue here is the statement that this is not within CDC’s authority, which is not true,” said Georges Benjamin, executive director of the American Public Health Association. “If there’s a way to legally challenge it such that it makes it clear that this is clearly within the authority of the CDC, then I think the federal government should pursue that.”

There is anxiety within the administration over whether whittled-down mitigation measures are premature in the face of new subvariants and several case surges, including one among Washington, D.C. elites, according to conversations with four Biden officials and people familiar with the internal deliberations.

“There’s no question we’re at a crossroads,” said one senior administration official granted anonymity to speak freely on internal deliberations. The official added the White House is keen to see whether current case surges will translate to a hospitalization surge in a matter of two to four weeks. “No one knows yet whether hospitalizations are going to rise, that’s what everyone is waiting to see.”

The CDC has for months said that hospitalizations were a better gauge than infections of the nation’s success against Covid-19.

Officials had extended the transportation requirement for two more weeks in part because they wanted to ensure that declining hospitalization trends would continue even amid new subvariants, two senior officials told POLITICO.

“We are definitely in a new transitional phase. However, a totally new variant that is completely different could change that,” said one of the two officials. “These are purely educated projections with no guarantee of which is happening.”

The possibility of yet another highly transmissible coronavirus variant plus earlier missteps declaring “independence” from the virus last summer only to be caught flat-footed by two new waves have officials nervous about public confidence in the administration’s declaration of a new phase of the pandemic.

Further fueling the anxiety is that the administration has few tools left to combat the pandemic.

In recent days, White House Covid-19 response coordinator Ashish Jha has stressed the need to find ways to accelerate distribution of antiviral pills, privately lamenting that doctors are still being too cautious in prescribing them, according to a person familiar with the matter.

The pills have quickly become a primary weapon against the virus, though even that supply is limited because Congress has not appropriated a fresh round of funding. The administration still owes Pfizer roughly $5 billion for pills that it already purchased, and cannot add to that supply until it gets more money.

Though the administration will appeal the decision, some policy experts question reinstating a national mask mandate that was already mired in political debate as officials try to transition the country out of the emergency.

“Not sure how you turn back, how you reverse this without a revolt,” Andrew Sweet, managing director of Covid-19 response and recovery at The Rockefeller Foundation, told POLITICO.

The Biden administration’s strategy for this case will have implications for future public health battles, said Céline Gounder, an infectious disease expert who served on Biden’s Covid-19 advisory board during the transition and is now a senior fellow and editor at large for public health at the Kaiser Family Foundation and Kaiser Health News.

“On the one hand, they’re going to want to preserve CDC’s powers to reimplement if there’s another crisis,” Gounder said. “On the other hand, they may think it’s too risky and that if this were to go all the way to the Supreme Court that this Supreme Court would not uphold CDC’s power to require masks.”

Without backup from federal health officials, it’s unclear how many state and local health departments will go at a masking policy alone. Some cities such as Philadelphia have reinstated mask mandates because of case counts while others, such as Seattle, continue recommending high-quality masks indoors.

“We are headed for mixed requirements, the big question is whether we can get to effective national containment if there is a worse surge or variant,” Bush-era FDA Commissioner and CMS Administrator Mark McClellan told POLITICO.