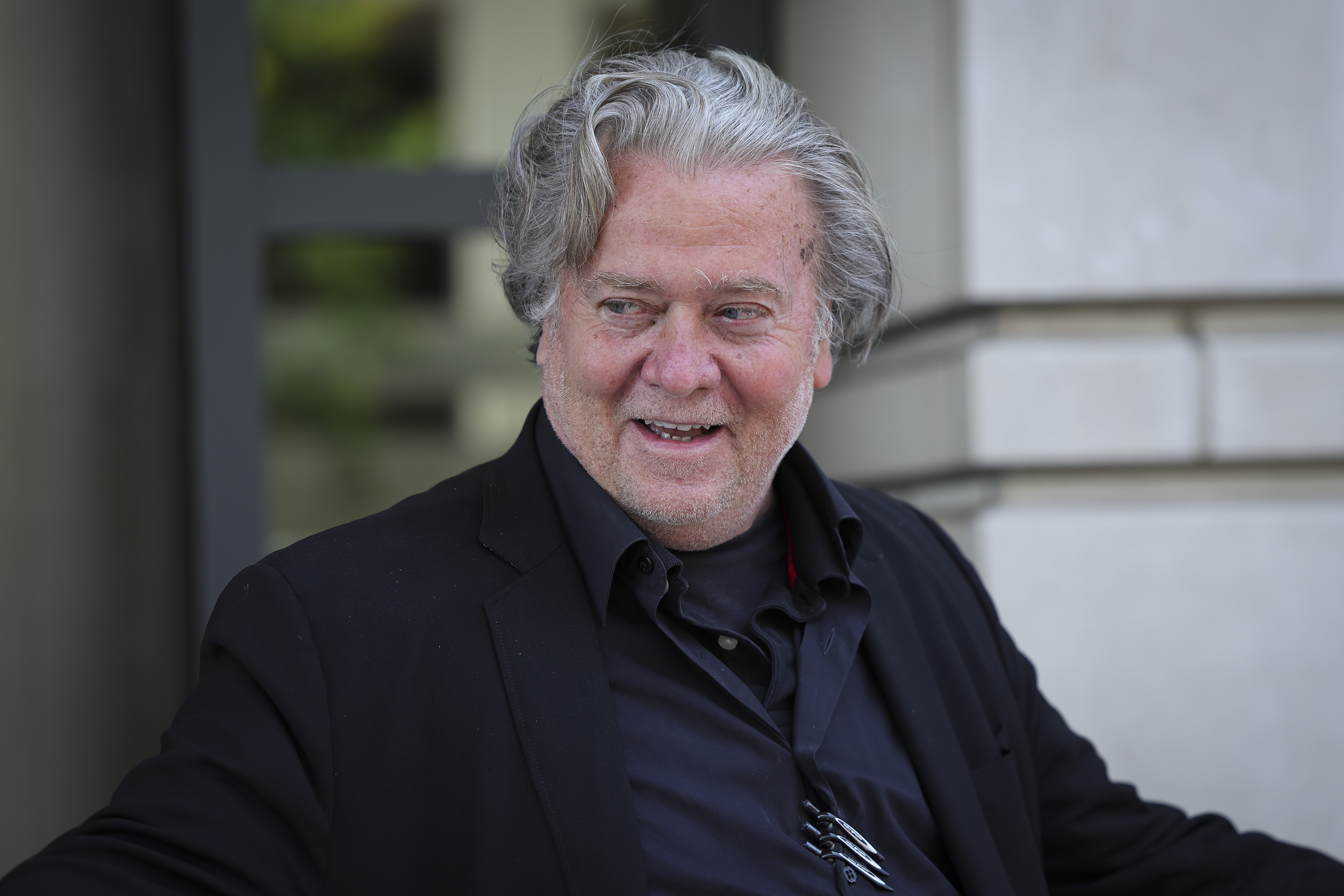 After a two-and-a-half-hour hearing which Bannon elected not to attend, Nichols returned to the bench Monday afternoon to spend nearly an hour delivering oral rulings that left the defense case in tatters. Bannon’s legal team appeared flummoxed by the result.

“What’s the point in going to trial here if there are no defenses?” attorney David Schoen declared in court after Nichols wound up his rulings from the bench.

The judge’s orders seem to ensure that a high-profile trial of one of Trump’s closest allies in his effort to subvert the 2020 election will move forward at a rapid clip. The Justice Department has estimated it could put on the prosecution case in a single day. Bannon’s team initially estimated it could take two weeks to air a defense, however, Nichols on Monday also cut off nearly every avenue of Bannon’s proposed defenses, ruling them irrelevant to the alleged crime against him.

The judge picked apart Bannon’s claim that his decision to stonewall the select committee in October was justified — either due to his position as a former White House adviser to Trump or because of internal Justice Department memos describing limitations on congressional subpoenas.

Nichols said Bannon would not be permitted to argue that executive privilege excused his decision to completely defy the select committee subpoena. Nichols also rejected Bannon’s effort to subpoena Speaker Nancy Pelosi and members of the Jan. 6 select committee.

During arguments before the judge ruled, House Counsel Douglas Letter said the attempt to pull in Pelosi, panel Chairman Bennie Thompson (D-Miss.) and others was a stunt.

“It seems clear that Mr. Bannon’s trying to turn this into some kind of political circus that cannot be allowed,” Letter said.

Nichols agreed that the Constitution’s protections for federal lawmakers prohibit Bannon trying to subpoena House officials and question them about their motives.

After Nichols was done, the only clear defense remaining was whether Bannon simply misunderstood the due date of Congress’ subpoena, or was misinformed by his attorney about the deadline.

The judge said it was still possible he might allow some testimony or evidence about recent developments involving Trump, Bannon and the House panel, if they supported an argument by Bannon that he believed the stated return date on the subpoena last October was really the opening bid in some kind of negotiated process that didn’t immediately require his compliance.

The select committee subpoenaed Bannon in September for testimony and documents related to his involvement in Trump’s effort to overturn the 2020 election on Jan. 6, 2021. Bannon participated in a “war room” at the Willard Hotel where key Trump allies strategized efforts to prevent the transition of power to Joe Biden, and he has acknowledged developing a strategy for Republican members of Congress to challenge the election results.

Bannon refused to appear by an October 19, 2021 subpoena deadline, leading the House to refer him for contempt of Congress prosecution. Less than three weeks later, the Justice Department charged Bannon with two criminal misdemeanor counts of contempt, one for refusing to testify, the other for refusing to supply documents.

Bannon embraced the case against him with his usual pugilistic style, promising to make it the “misdemeanor from hell” for the Justice Department and Congress. He told reporters he relished the opportunity to force members of Congress to take the stand in his trial — a prospect that was always unlikely and has now been taken off the table.

Bannon and Trump threw a wrench into the process over the weekend when Trump declared that he would “waive” any claim of executive privilege over Bannon’s testimony. But it’s unclear whether Trump has the authority to assert privilege as a former president, and whether he had actually done so for Bannon.

However, Nichols said Bannon and his attorneys were cobbling together portions of various different opinions–none of which squarely applied to Bannon, who had been gone from the White House for years by January 2021. They also did not deal with privilege claims by a former president unsupported by a current one, Nichols noted, adding that Trump also “never instructed Mr. Bannon not to show up altogether.”