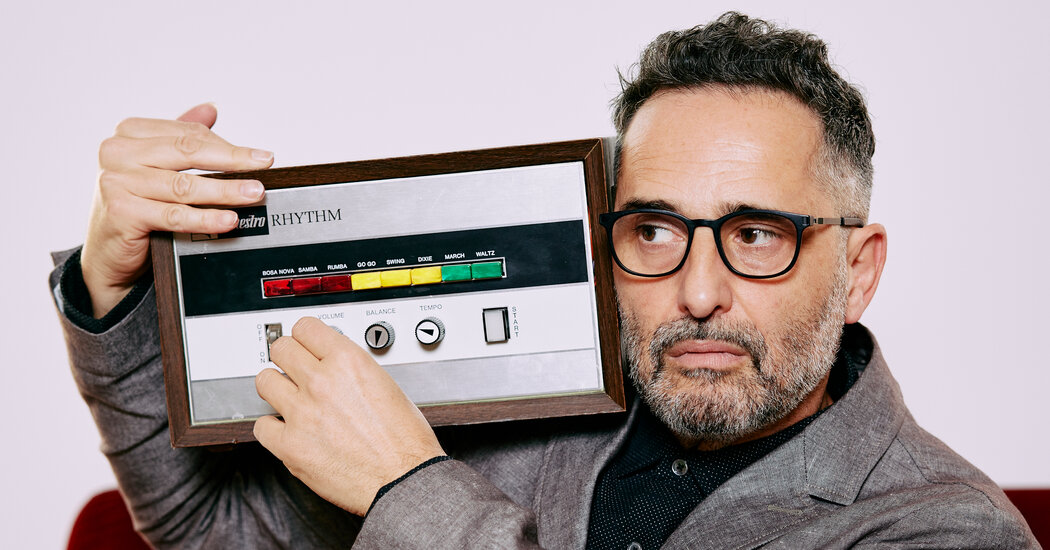 At some point, he realized, “It’s not a burden. It’s an identity.’”

On previous albums, Drexler has sung about mass migration and parallel universes. He opens “Tinta y Tiempo” with the elaborately orchestrated “El Plan Maestro” (“The Master Plan”). The song envisions the evolutionary moment when a one-celled organism grew tired of dividing alone and decided to share DNA with another cell: the beginning of sexual reproduction and, eventually, love. The track opens with a contrabassoon playing the lowest note in the orchestra and swooping upward. “I wanted to have this feeling of the original magma where life was created,” Drexler said.

Midway through the song, Drexler is joined by one of his idols, the Panamanian songwriter Rubén Blades; the rhythm switches to a Panamanian canto de mejorana and Blades sings a décima — a centuries-old, 10-line Spanish verse form as tightly structured as a sonnet — written by Drexler’s cousin Alejandra Melfo, a physicist.

Drexler often builds albums around concepts. His 2014 “Bailar en la Cueva” (“Dancing in the Cave”) grew out of spending time in Colombia, absorbing regional styles and embracing dance rhythms. For his 2017 “Salvavidas de Hielo” (“Lifejacket Made of Ice”), he went to Mexico, but he ended up recording the entire album by layering just his guitar and his voice, even tapping out percussion parts on the guitar. “Salvavidas de Hielo” won the Latin Grammy for singer-songwriter album of the year, and “Telefonía,” a song celebrating telecommunication — “Blessed each wave, each cable/Blessed radiation from the antennas” — was named record and song of the year.

After recording in Colombia and Mexico, Drexler had considered visiting another country to make his next album. But coronavirus lockdowns sent him home to unexpected isolation. He had always thought of his career as split between the poles of public performance and private, solitary, obsessive songwriting. But until the pandemic, he realized, he had grown used to trying out his songs on family and friends, leaving his new tunes slightly unfinished to see what happened when he played them for others.

“I’m very lazy, so I got used to leaving 20 percent of the song unresolved,” he said. “Without that 20 percent, the songs just melted after two or three days.”