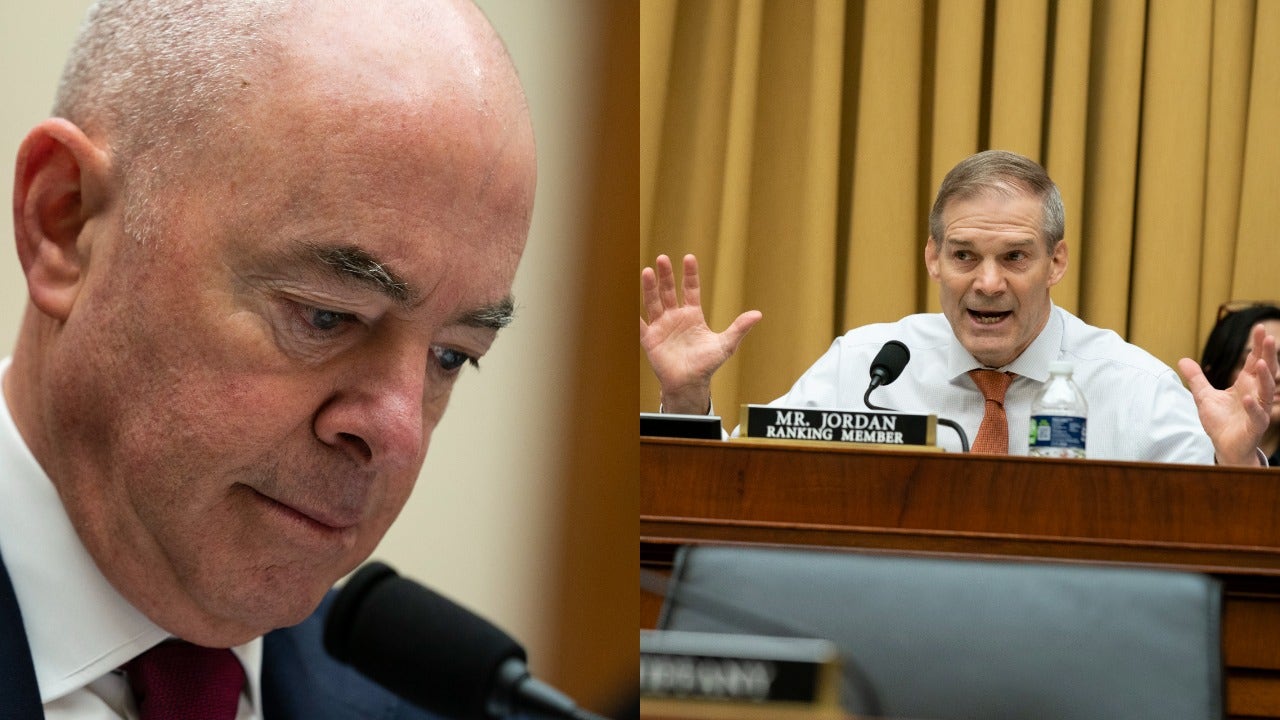 Republican Rep. Jim Jordan was cut off and left seemingly stunned while grilling Homeland Security Secretary Alejandro Mayorkas on whether 42 illegal immigrants on the terror watch list have been released into the United States.

“42 illegal immigrants were encountered at our border are on the terrorist and no-fly list. Are any of them still in our country,” House Judiciary Committee Ranking Member Jordan asked Mayorkas Thursday during a Capitol hearing.

Jordan was then informed that his time has expired, but the Ohio Republican continued pressing Mayorkas to respond.

“This is an important question for this committee,” Jordan continued.

“Congressman, I will deliver to you a response with respect…” Mayorkas said while Jordan kept pressing him. Mayorkas added that “some of them may still be in detention.”

Jordan was then cut off due to his time being expired and Rep. Pramila Jayapal began speaking.

Customs and Border Protection data released this month shows more than 40 migrants on the terror watch list have been arrested by CBP trying to enter the country illegally since President Biden took office last year.

Rep. Mike Johnson of Louisiana yielded some of his time to Jordan during the hearing, allowing him to continue his line of questioning.

“Have any of the 42 illegal migrants on the terrorist watch list or no-fly list encountered on our Southwest border been released into the United States,” he asked.

“As I mentioned before, I will provide that data to you with respect to the disposition of each one. I do not know the answer to your question,” he responded.

“The secretary of Homeland Security does not know the answer to the status of 42 individuals who came to our Southern border illegally, are on the no-fly list and the terrorist watch list. You do not know whether they have been released or not into the country. That’s your testimony.”

Mayorkas testified before the House Judiciary Committee on Thursday, where he was expected to face tough questioning regarding the Biden administration’s plan to lift Title 42, a Trump-era public health order that has been used to expel a majority of migrants at the border during the COVID-19 pandemic.