Jordan: What they are doing to our country is intentional 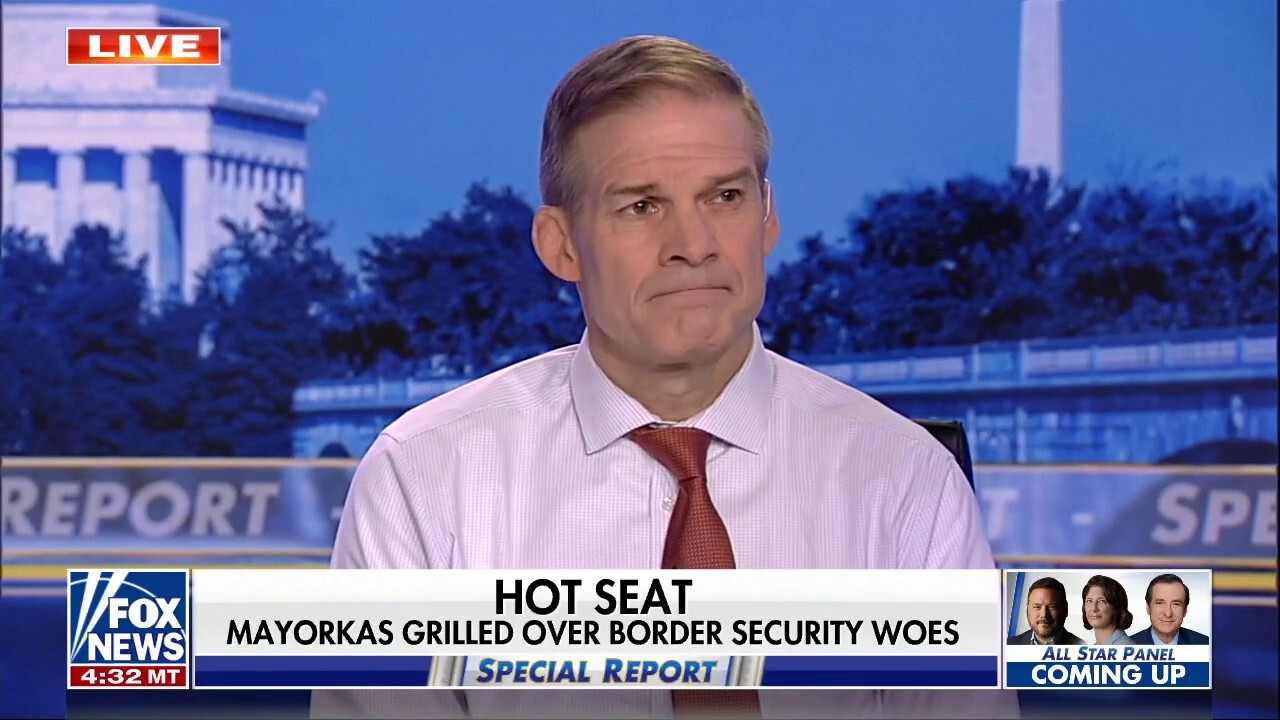 Rep. Jim Jordan speaks on how he and other House members grilled United States secretary of homeland security Alejandro Mayorkas over the surge in migrants at the border on ‘Special Report.’

REP. JIM JORDAN: Yeah. I got to tell you, I was actually a little reluctant to ask the question because I thought if I asked the question he’d say something like, “are you kidding me? Congressman, of course, they’re not in the country. Of course, we’ve sent them back. Of course, they’re detained.” But when he didn’t say that and indicated that they may, in fact, have been released into the country, that should be shocking because I said in the hearing, you’re the secretary of homeland security, your number one job, mission number one. You go to their website, mission number one, prevent terrorism. That is shocking to me, but it shows you what I think we pointed out, the front end of the hearing, pointed out throughout the hearing what they’re doing to our border, what they’re doing to our country is intentional. It cannot be anything else because last year, March was the highest month on record. I said this in my opening statement until April. April was the highest month on record for illegal migrants coming to our border, coming into our country until the month of May. May was the highest month until June, until July. And then July was the highest month.