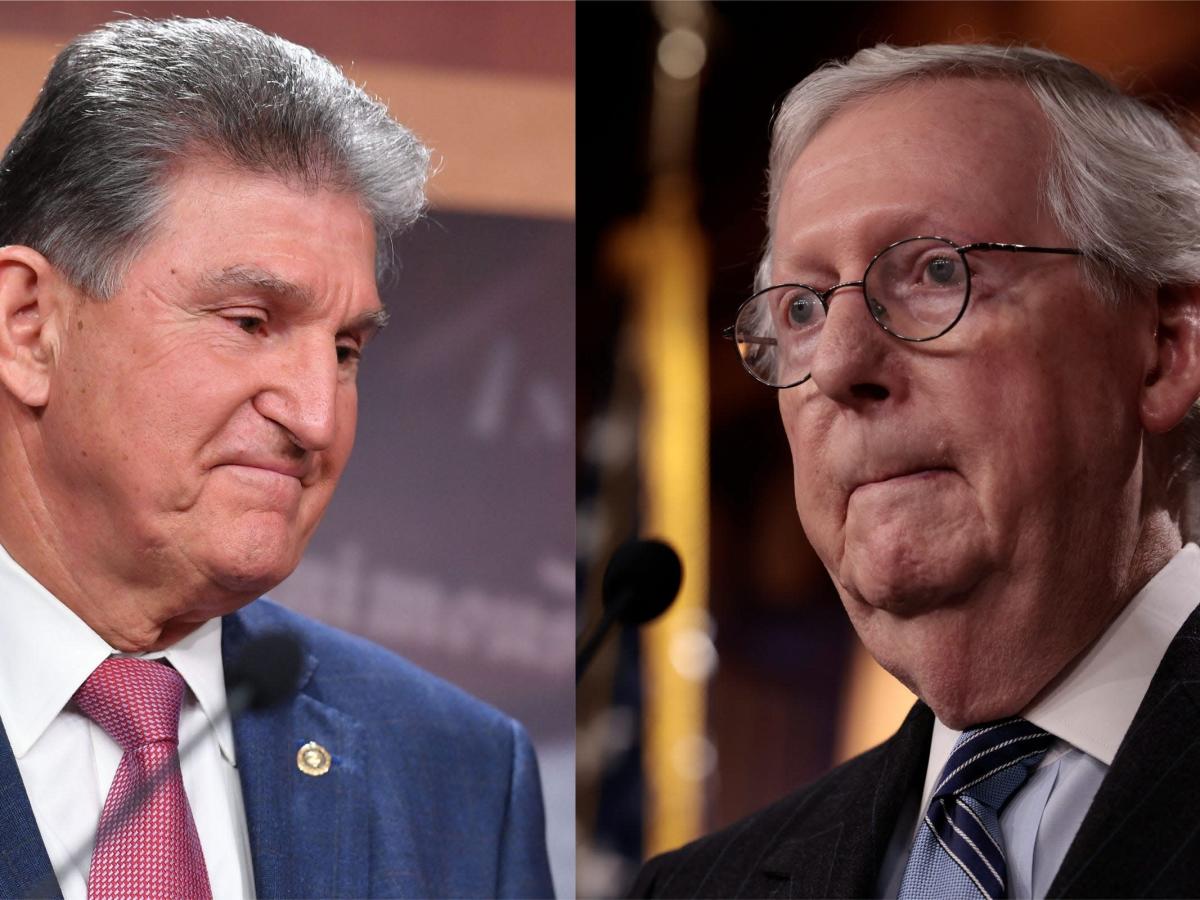 Sen. Joe Manchin said on Monday that he’s not dissuaded by threats from the top Senate Republican leader to sink a bipartisan bill strengthening economic competitiveness against China.

“I’m not walking away if anybody’s gonna threaten me or hold me hostage, if I can help the country,” the conservative Democrat told reporters. “And if they want to play politics and play party politics, shame on ’em.”

Manchin added it was “so wrong” of Senate Majority Leader Mitch McConnell of Kentucky to issue threats to sink the bipartisan USICA legislation, which would boost federal investment on emerging technologies like computer chips. The Kentucky Republican reiterated the ultimatum, tied to recent Democratic efforts to resurrect their economic agenda, only hours later.

“Party-line scheming is going to crowd that out,” McConnell said on the Senate floor on Monday. “Our side cannot agree to frantically steamroll through bipartisan talks in order to meet an artificial timeline, so our Democrat colleagues can clear the decks to ram through a party-line tax hike.”

McConnell threatened to tank the China bill as Democrats make progress towards clinching a deal with Manchin on a scaled-down climate and tax economic spending package. Democrats launched a barrage of attacks against McConnell ever since, accusing him of siding with China.

A spokesperson for Senate Majority Leader Chuck Schumer said last week that Democrats planned to convene an all-senators classified briefing for the bipartisan bill since it was “vital for America’s long-term national security.”

Republicans and Democratic negotiators had spent months negotiating on the bill to shore up the domestic semiconductor industry among other sectors in an effort to reduce US dependence on Chinese imports of strategically and economically important products, but made little headway on an agreement.

Separately, Manchin continues negotiating with Schumer on a slimmer Democrat-only spending bill focused on prescription drug reforms, reducing the deficit, and a blend of climate and energy incentives.