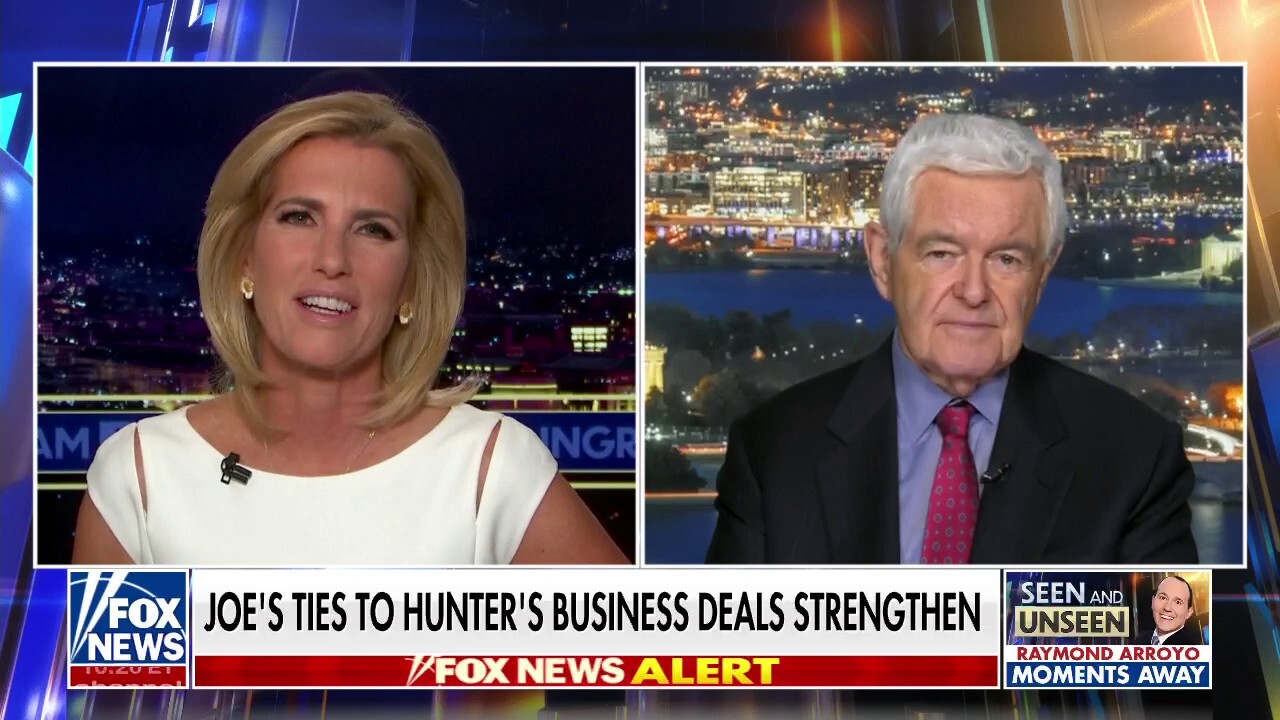 NEWT GINGRICH: Nobody on the Left is going to admit that you now have a corrupt family with a lying president, even though it’s patently obvious. Joe Biden did not put $800,000 into paying his son’s legal bills with no knowledge. There weren’t 27 different occasions where business associates of Hunter Biden were in the Obama White House. And again, this isn’t just Joe Biden. It’s also Barack Obama. It’s hard to believe that there were 27 different visits and Obama didn’t notice that it was on the schedule. At the same time, I think the much bigger story that’ll break presently is the millions and millions of dollars that the Chinese communists gave to the University of Pennsylvania while Joe Biden had established a little school there. Now, all that’s been secret. The University of Pennsylvania refuses to admit how much money they’ve taken from the Chinese Communist Party. Biden refuses to admit how much control he had over the money. And you take that kind of corruption and then you add to it what was happening with Hunter Biden, who apparently was getting money from China, from Ukraine, from Russia. It is amazing to look at the footprints around the world [of] the Biden family business. And that’s really what it was — it’s a Biden family business. It’s not just about Hunter Biden, but it’s about the current president of the United States, who I think clearly has lied to the country over and over and over about this issue.

And it’s amazing to me that you can have this blatant level of clearly taking foreign money in an illegal way by the vice president of the United States and his family who are running a family business. That’s what really is involved here. It includes Joe’s brother, it includes his son. And it’s clearly the exploitation of his public office in order to enrich the family.