Jill Biden’s ‘breakfast tacos’ remark was not a gaffe. It was intentional and will drive Latinos to the GOP 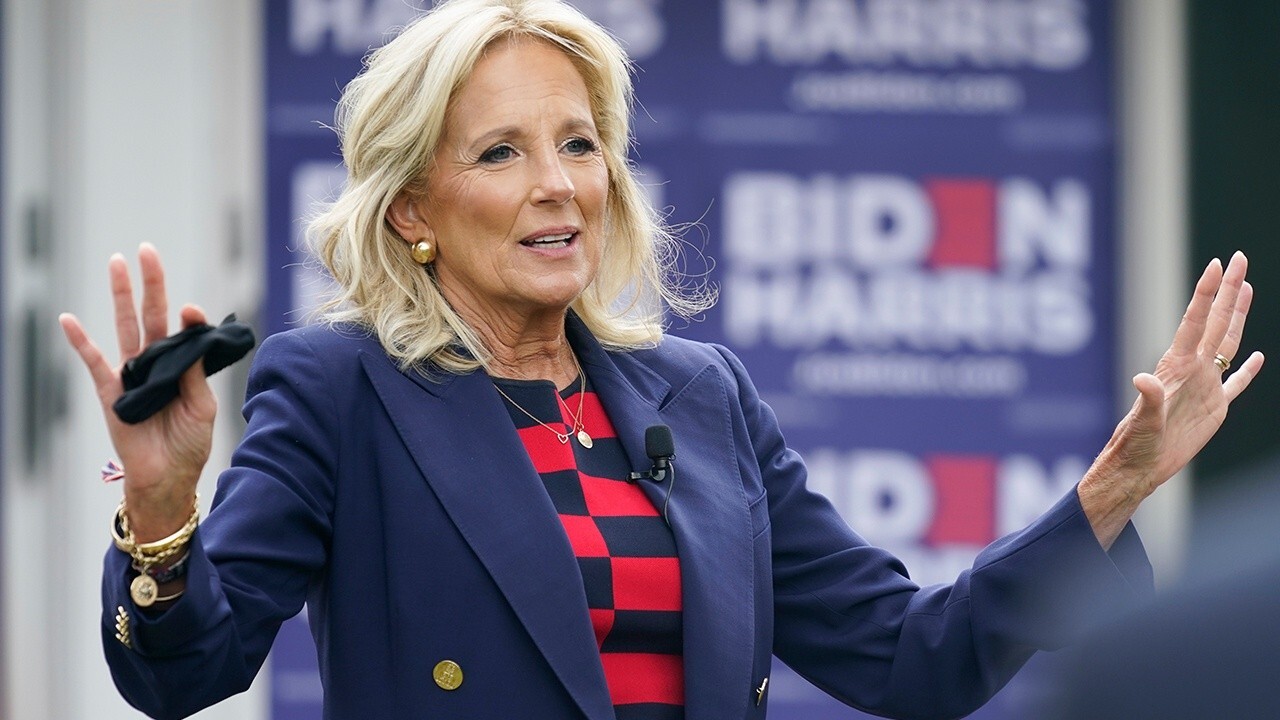 First lady Jill Biden traveled to one of the most populous Hispanic communities in America on Monday to tell Latinos that all we are good for is our breakfast tacos and bodegas.

Mrs. Biden’s inflammatory and offensive rhetoric about Hispanic diversity in San Antonio, Texas was not a gaffe. It is another example of the Biden administration’s insensitive, bullying and politically divisive attacks on minorities in America.

The White House rigorously reviews and scrutinizes all public remarks prepared for the president and first lady. Yet Biden’s protectors in the leftwing media say that the words Jill read from a Teleprompter “didn’t come out correctly.”

Let’s set the record straight: Jill’s rehearsed speech was out of touch, insulting and derogatory towards Hispanics. The problem is even deeper than just her words. It starts with the fact that she spoke at the LatinX incluXion luncheon. The vast majority of Hispanics reject the term “LatinX.”  Yet the Democrats insist on forcing their language doctrine on the Hispanic community. What will come next?  LatinX Hispanic Heritage Month?

President Joe Biden and first lady Jill Biden arrive on the South Lawn of the White House in Washington, Monday, May 30, 2022, after returning from Wilmington, Del. (AP Photo/Andrew Harnik)

The first lady is a lifelong educator and teaches a writing class at a Virginia community college. Her husband Joe fawned over the English professor in their Vogue cover story for laboring over important speeches and grading student papers.

A White House spokesperson issued an apology on Jill’s behalf following Breakfast Taco-Gate. Latinos won’t fall for a half-hearted one sentence mea culpa tweeted out from her press secretary when Jill herself drafted and delivered the insult-ridden speech.

Dr. Jill Biden may have her doctorate, but she is in no way a healer. Her husband prescribed unity and truth for a nation reeling from blue state lockdowns and riots. The full-time Rehoboth Beach, Delaware retirees, however, have exasperated cultural divisions in America and clearly have no interest in embracing Hispanic heritage, beyond a sign-of-life visit to a taqueria in Washington, D.C.

If Jill really cherished the “bodegas of the Bronx” and wanted safe communities for Hispanics, she would urge Manhattan District Attorney Alvin Bragg to drop the murder charge against Jose Alba, a bodega worker and immigrant from the Dominican Republic who stabbed an ex-con in an act of self-defense.

She would also advocate for religious liberties, strong families, and educational freedom with no leftist divisive propaganda.

Democrats will always take minority voters for granted. They promise Hispanic-Americans opportunity, security, fairness and prosperity. Then they go to Washington, abandon you, and sell you out. Instead of dealing with the issues that impact Latino families most, including historic inflation and energy costs, Biden is importing millions of illegal immigrants, enabling drug cartels and human traffickers  and neglecting the hardworking and patriotic Hispanic-Americans who are already here.

Decades of pandering to identity politics is permanently pushing Hispanics away from the Democratic Party. A New York Times poll found 63% of Hispanics who said that they would vote in the 2024 Democratic primary do not want Biden to run again. Meanwhile, former President Donald Trump’s strongest support in 2024 comes from Hispanics in a Republican primary.

Hispanic-Americans will lead the red wave that swamps Democrats in 2022, and the Bidens in 2024.

“Far-Right Latinas,” as inappropriately described by the New York Times, who embrace Trump’s America First agenda are an essential coalition in returning peace, prosperity, and freedom to all communities throughout this nation.

Now more than ever, Republicans need to support Latinos who can speak to Hispanic-Americans with humility and their own experiences so that they can serve and represent their constituents as they would their family.

Mercedes Schlapp is a Senior Advisor to Donald J. Trump for President Inc. and was formerly the White House Director of Strategic Communications in the Trump administration.