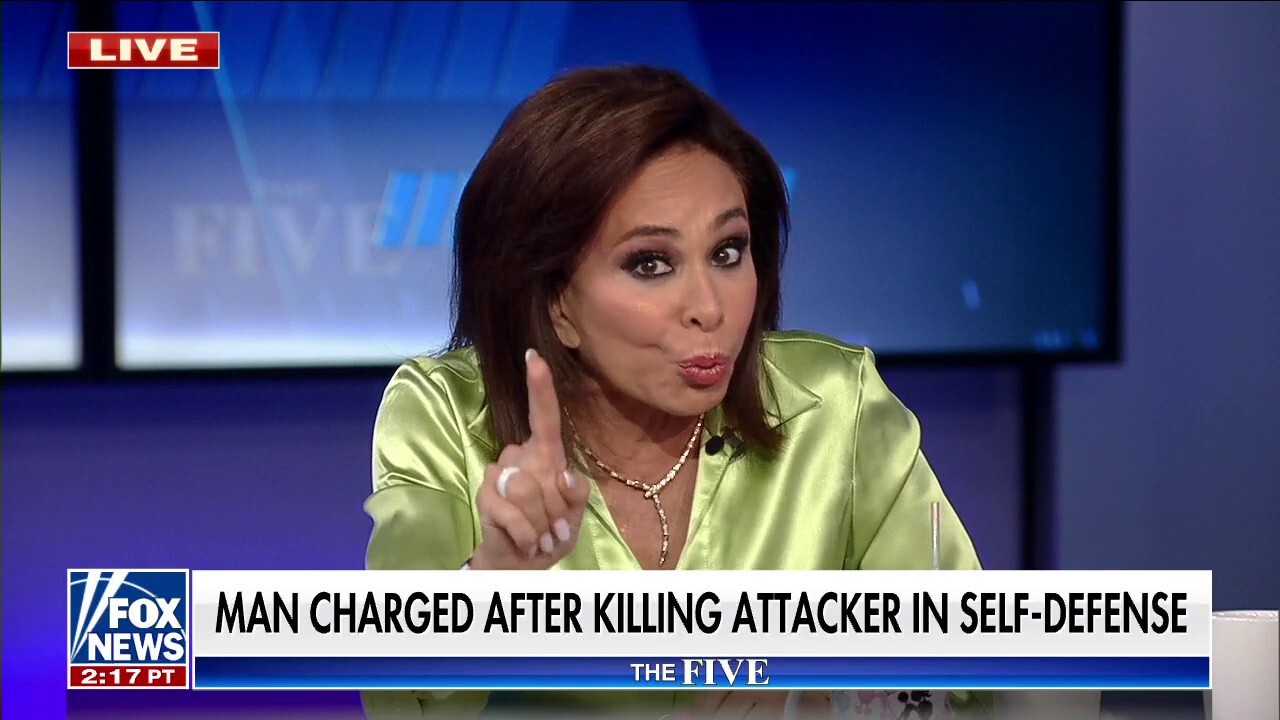 JUDGE JEANINE PIRRO: In New York State, if you were faced with deadly physical force, and you were reasonable in your belief that you were going to be harmed based upon these circumstances, then you have the right to defend yourself. But you’re right, it is a Rittenhouse case. And the problem with this in New York is everybody walks free. You use a gun in New York, you get to walk free. This guy, Alvin Bragg, he doesn’t deserve the title district attorney. And I got to tell you, I don’t have a lot of faith in Eric Adams, I mean, he’s over here saying, “You know what, I’m not allowed to give commands to a local prosecutor.” Baloney. You were hired because you’re a cop who’s anti-crime. They’re taking the side of the criminal and not the victim.