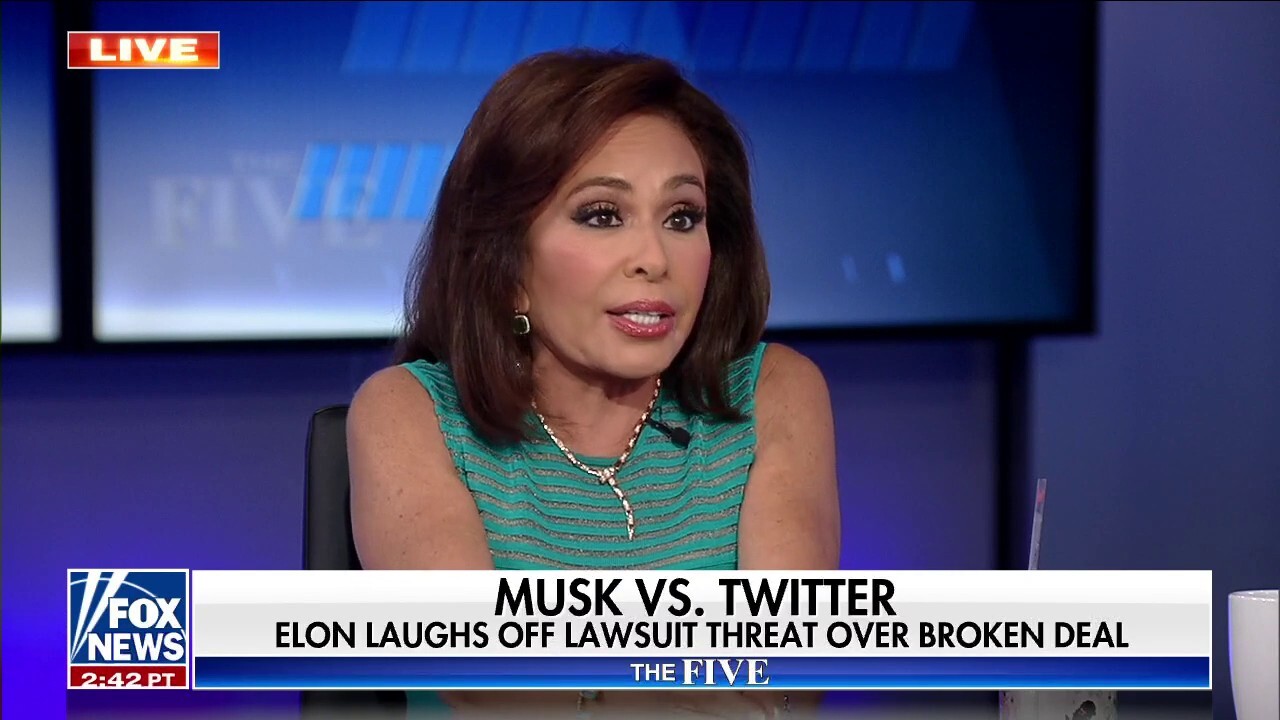 Jeanine Pirro explained Monday on “The Five” why she thinks Tesla CEO Elon Musk will eventually end up buying Twitter after he announced he was pulling out of a multi-billion dollar deal.

JEANINE PIRRO: I don’t know who has the upper hand here. We have heard for a long time that Twitter has failed to respond to repeated requests for information about the number of bots.They say 5%, Elon Musk thinks it’s more than that. In addition to that, apparently Twitter is taking actions that they shouldn’t be taking by firing people that they needed Elon Musk’s consent to actually fire. In addition, he relied, that’s Elon Musk, relied, to his detriment, on their promise that there were only 5% of the company was bots.

So I don’t think Twitter is in a really strong position, so then the question is, people are saying “Elon Musk could go to jail.” Someone said that on one of the business channels. They are saying contempt of court if he does not follow the judge’s call, but then the question is, the bigger issue is— I know — can they be forced to actually make Elon Musk buy the company if he doesn’t want to? So what’s going to happen is there’s going to be a negotiation, and I think Elon Musk will end up buying it, unless he’s lost interest in it, and he’s going to buy it for a lot less than what he offered.