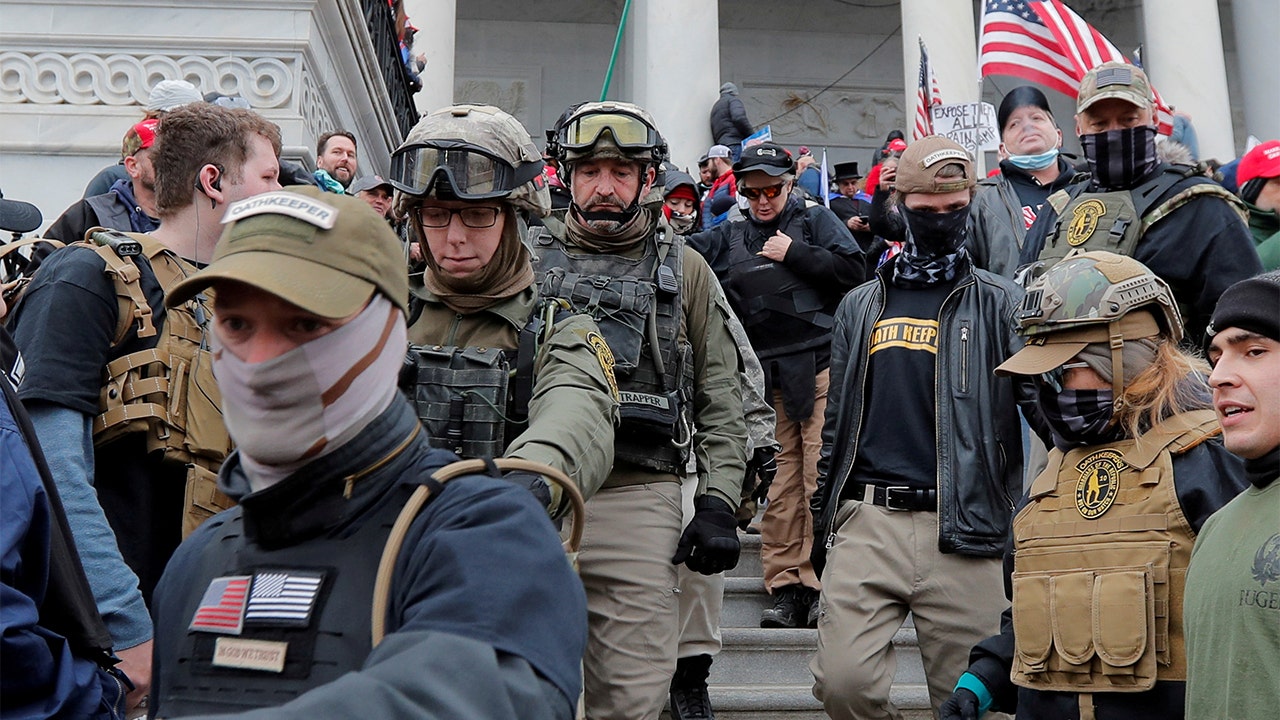 The January 6 Committee Tuesday is set to hold a hearing focusing on former President Donald Trump’s efforts to stay in power in the final weeks of his presidency and his alleged role in bringing violent rioters to Washington, D.C.

It comes as lawmakers on the committee seek to add to their narrative that Trump is at fault for the riot that forced hundreds of lawmakers into hiding and interrupted the counting of electoral votes.

Reps. Jamie Raskin, D-Md., and Stephanie Murphy, D-Fla., will lead Tuesday’s hearing, according to committee aides. It will be the seventh in just over one month.

Past hearings focused on whether Trump’s knew that his claims the 2020 election was stolen were false, his whereabouts on January 6 and his efforts to pressure officials to overturn the election. Tuesday’s hearing, a committee aide said, will aim to connect the dots showing Trump was the catalyst that brought the mob to Washington, D.C.

“That tweet on Dec. 19 is when he told people to come to Washington on January 6 – be there, it will be wild,” was a key moment, a committee aide said.

The far-right Proud Boys and Oath Keepers groups, the aide said, will be central to the hearing, a committee aide said. The hearing will connect those groups to people in Trump’s orbit, the aide said, including Roger Stone and retired Gen. Mike Flynn. The aide said it will also highlight Trump’s knowledge that the crowd in D.C. could get violent.

“We see how as we get closer to January 6, these elements get increasingly desperate for the president, leading up to his speech on the Ellipse on January 6, where he directed that mob to march on the Capitol,” the aide said.

FOX31 in Denver spoke with Van Tatenhove earlier this month about his planned appearance before the committee. He told the outlet he was only with the Oath Keepers for a short time several years ago, as a national media director.

Former President Donald Trump allegedly knew that many of his supporters in Washington, D.C., on January 6 were armed, according to Cassidy Hutchinson, a former aide to Trump White House Chief of Staff Mark Meadows.
((AP Photo/Jacquelyn Martin, File))

But Van Totenhove left the group. He told FOX31 that he “purged my life of that world years ago.” His presence during the hearing, he said, is “to give a historical precedence to this group and how they have radicalized.”

The committee says it continues to gather information on January 6, its lead-up and its aftermath. This includes a recent interview with former White House Counsel Pat Cipollone.

Cipollone had access to many of the high-level conversations in the administration during that time and was prominent player in testimony from former Trump administration aide Cassidy Hutchinson last month.

A committee aide did not specify whether video from Cipollone’s interview will be played in the Tuesday hearing.

Members of the Oath Keepers allegedly led a pro-Trump mob into the U.S. Capitol on January 6.
(REUTERS/Jim Bourg/File Photo/File Photo)

Meanwhile, the committee is also considering a recent offer to testify from former Trump adviser Steve Bannon, who faces an upcoming trial on contempt of Congress charges. Bannon recently said that he will publicly testify before the committee after Trump penned a letter purporting to release Bannon from any claim of executive privilege.

Committee members have argued Bannon has no real claim to executive privilege because he was not in the administration during or after the 2020 election.

Bannon did not respond to a request for comment for this story.

Trump and Republicans who support him, for their part, call the committee illegitimate because it only has two Republicans, both chosen for the committee by House Speaker Nancy Pelosi, D-Calif.

Tuesday’s hearing will be the only one for the committee this week. Another hearing is expected next week though the details on that one are not yet clear.