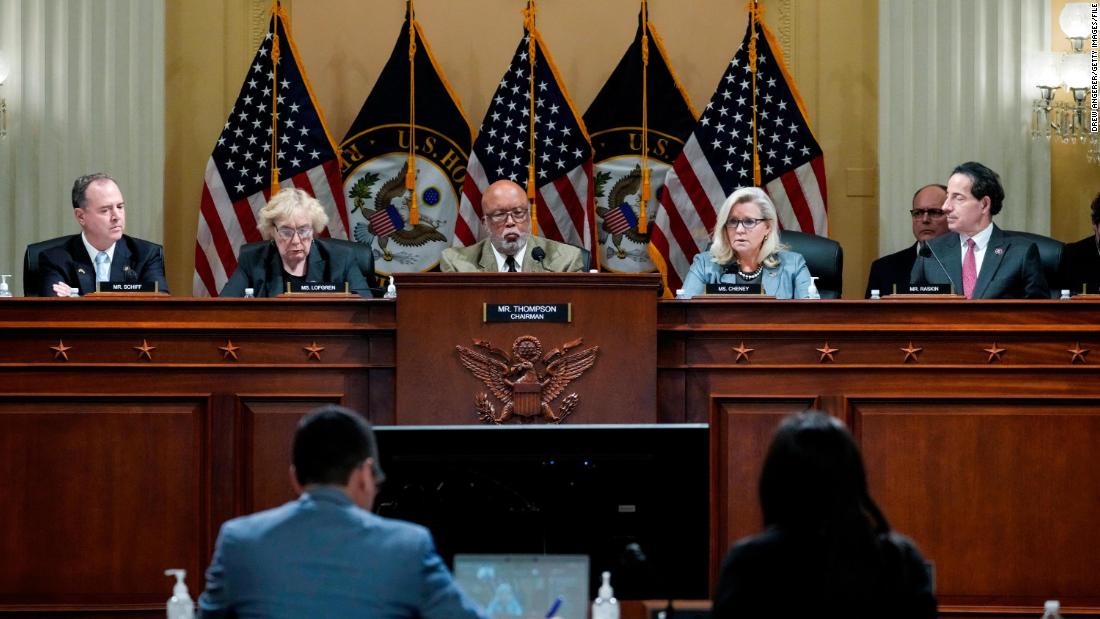 If the House select committee investigating the Jan. 6, 2021, attack on the US Capitol has taught us anything, it’s that our understanding of that day is far from settled.

While much of the country watched the insurrection in real-time one and a half years ago on live television, the panel’s public hearings have delivered critical context to the circumstances around it.

Members of the panel previewed on Sunday their next public hearing, on Tuesday at 1 p.m. ET, which will zero in on how the violent mob came together and the role of extremist groups in the deadly insurrection. The hearing will be led by Democratic Reps. Jamie Raskin of Maryland and Stephanie Murphy of Florida, CNN has learned.

Connecting the dots. “We are going to be connecting the dots during these hearings between these groups and those who were trying — in government circles — to overturn the election. So, we do think that this story is unfolding in a way that is very serious and quite credible,” Democratic Rep. Zoe Lofgren of California said of Tuesday’s hearing and another that hasn’t been scheduled in an interview with CNN’s Jake Tapper on “State of the Union.”

Extreme encouragement. Murphy told NBC on Sunday that the panel could present evidence that members of Congress encouraged extremist groups to come to Washington, DC, on January 6, 2021, echoing then-President Donald Trump’s tweet in December 2020 that January 6 would “be wild.” She called that tweet a “siren call” for those groups.

Trump’s tweets. Raskin told CBS that Tuesday’s hearing will reveal the “fundamental importance of a meeting that took place in the White House on December the 18th,” after which Trump sent out the tweet asking his supporters to come to DC on January 6.