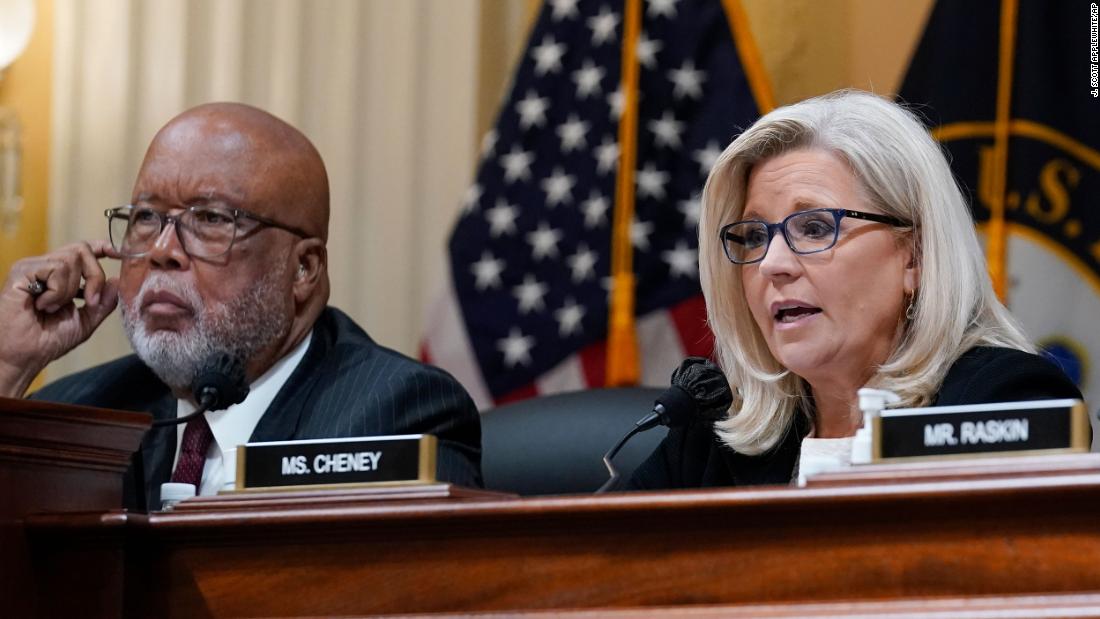 “We have started producing information about who we have interviewed and that kind of thing pursuant to what they have requested. We are in the process, negotiating how that information will be viewed, whether it’s an in camera review, or what,” the panel’s chairman told CNN.

Thompson said the request from the department was to look at the committee’s transcripts and “that’s the spirit in which we plan to work with them.”

In May, the Justice Department asked the committee to hand over transcripts of the panel’s witness depositions as part of its investigation.

The committee did not initially agree to the request because members felt protective of its work. But over time, the committee warmed up to developing a process with the department.

Last month, Thompson said the committee was hoping to establish a procedure with the DOJ at some point in July, once it finished its hearings, to help the department with its investigation.

“We are moving forward,” Thompson said at the time when asked to characterize the talks. “We will probably do something in the month of July, but it probably will not be before we complete the hearings. We’ll establish a procedure to look at some of the material.”

Asked then if the committee would share its interview transcripts, the Mississippi Democrat said, “No, it won’t be a shared transcript. We will keep the documents, you know they are our product. Now if they want to come and have an opportunity to sit and review them and that kind of thing, I think we can work that out.”

Thompson said at the time that the panel would not start the process until July because “what we are trying to do right now is work through the hearings. And it’s anticipated if we can complete the hearings, that will free up staff and other things to accommodate that request.”

The committee on Tuesday held its seventh hearing since the public events began last month.
The latest fleshed out the links between former President Donald Trump and the far-right extremist groups that were at the vanguard of the violent effort to stop the transition of power and keep him in office, despite his 2020 election loss.

The committee walked through snippets of witness depositions, court documents, previously unseen emails and other materials to make the case that Trump coyly courted these militants and saw them as his troops on the ground to pressure Congress to overturn the election results.

“All of these efforts would converge and explode on January 6,” Rep. Jamie Raskin, a Maryland Democrat and committee member who led parts of Tuesday’s hearing, said during his opening statements.

This story has been updated with additional details Tuesday.