Jada Pinkett Smith ‘hurt’ Tupac when she asked him not to beat up Will Smith years ago, friend claims 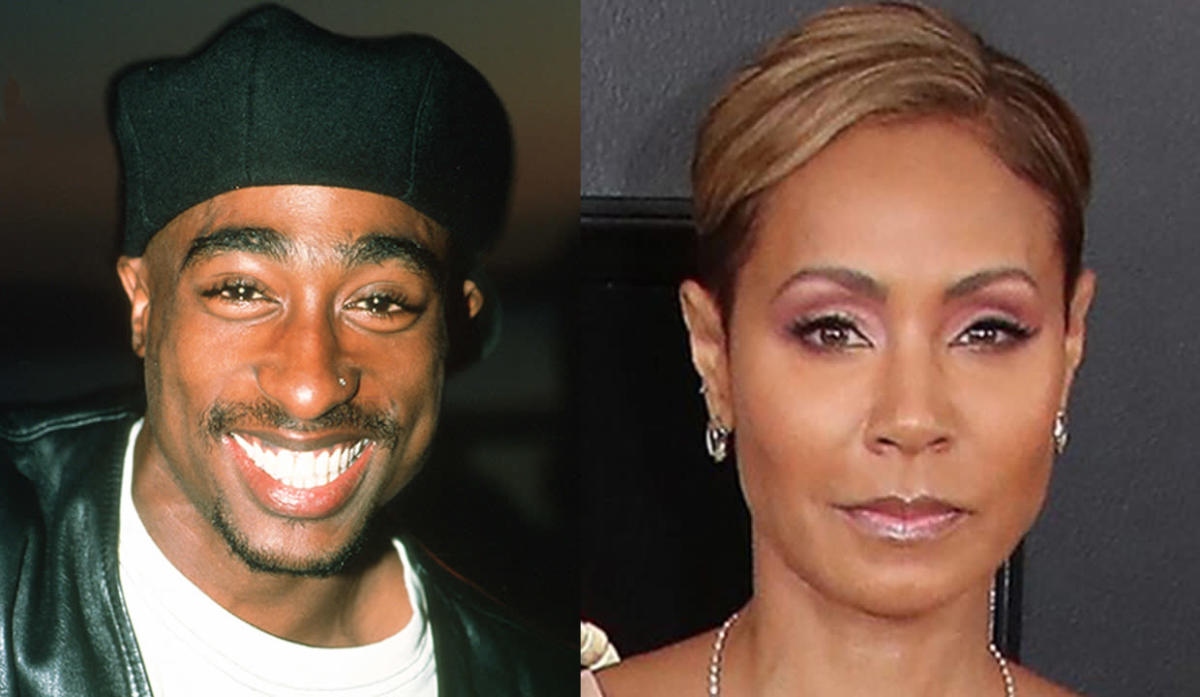 Tupac Shakur was “hurt” by Jada Pinkett Smith years ago when the actress allegedly asked the rapper not to harm Will Smith once they started dating, according to a friend of the late musician.

Pinkett Smith and the rapper, born Lesane Parish Crooks, met at the Baltimore School for the Arts in Maryland in the late 1980s and became close friends. Pinkett Smith has previously said that the two were never romantic.

Now, almost a month after Will Smith went viral for his slap of Chris Rock at the Oscars over a joke about his wife’s bald head, a 2021 interview with Shakur’s friend and Outlawz collaborator Mutah “Napoleon” Wassin Shabazz Beale has resurfaced on the internet. In the interview, Napoleon is asked about Pinkett Smith and Shakur’s friendship.

“He had a lot of love for Jada Pinkett and a lot of respect for her,” Napoleon said on The Art of Dialogue YouTube channel.

WILL SMITH’S SON JADEN MOCKED AFTER SAYING HE’S ‘VERY HAPPY’ HE GREW UP AROUND ADULTS, NOT KIDS HIS OWN AGE

However, the friend claimed there was one time he witnessed the rapper become upset by something Pinkett Smith said to him.

“The second time I probably heard him talk about her is when he went to LA. He was very upset, you know what I mean? Pac came out of the room and was like, ‘Jada she gon’ contact me and tell me don’t do nothing to Will Smith.’ So Pac was upset. He was like I don’t know why she thinks I would try to make some problem with Will Smith.’ So I guess it kind of hurt him,” Napoleon said.

The late rapper’s friend went on to share that he believes Shakur was OK with Pinkett Smith dating the “Fresh Prince of Bel Air” star because he “had no other choice.”

“I think Pac respected Jada Pinkett. That was a choice. He was the type of person that he was going to support her. Like I said, he was offended when she asked him not to do anything to Will Smith from a standpoint not to be violent towards him. I think that just probably hurt him more than anything ’cause he’s like what do you think this is? I’m not just walking around being this impulsive, violent individual. I think that probably hurt his feelings a bit at that particular time,” he said.

JAY LENO ON WILL SMITH’S ‘DISTURBING’ OSCARS BEHAVIOR: ‘THIS IS REAL ANGER’

Napoleon also touched on the similarities between Shakur and Smith. According to the friend, the hip-hop legend was writing movie scripts up until his death. He wanted to act in addition to his music career.

Pinkett Smith hasn’t been shy about her friendship with Shakur over the years. Last year, on the day that would have been his 50th birthday, the actress shared a never-before-seen poem from Shakur.

“I don’t think this one has ever been published,” she said in the clip. “… I don’t think he would have minded that I shared this with you guys.”

The “Red Table Talk” co-host then read aloud the poem, which talks of death and Shakur’s desire to “let me live to see what was gold in me/ before it is all too late.”

Back in 2015, Pinkett Smith confirmed to Howard Stern that she and Shakur weren’t physically attracted to each other. To prove it, she said she forced the musician to kiss her but they agreed it was “the most disgusting kiss” they ever had.

WILL SMITH’S LONGTIME FRIEND JAZZY JEFF COMES TO HIS DEFENSE OVER OSCARS SLAP: ‘IT WAS A LAPSE IN JUDGMENT’

That same year, she also admitted on a SiriusXM radio interview that she was a drug dealer when they met and maintained that she and the “Dear Mama” emcee developed a relationship based on survival rather than romance.

In recent weeks, Pinkett Smith and Smith’s marriage has been the talk of Hollywood following Smith’s slap of Rock and subsequent resignation from the Academy of Motion Picture Arts and Sciences.

WILL SMITH’S OSCARS SLAP: IS THERE AN IMPACT ON JADA PINKETT SMITH’S BRAND? EXPERTS WEIGH IN

Pinkett Smith, 50, revealed in 2018 that she was diagnosed with alopecia. The actress has often discussed the challenges of hair loss on Instagram and other social media platforms.

Smith, 53, walked onto the stage from his front-row seat and took a swing at Rock with an open palm, generating a loud smack. Smith walked back to his seat and shouted for Rock to leave Pinkett Smith alone. Rock replied that he was just making a “G.I. Jane” joke — and Smith yelled back at him a second time.

Smith shouted at Rock to “keep my wife’s name out of your f—ing mouth,” and the crowd hushed as it became clear this was no act.

The moment shocked the Dolby Theatre audience and viewers at home.

The incident led to an investigation conducted by the Academy of Motion Picture Arts and Sciences.

Ultimately, the academy announced its decision to ban Smith from the Oscars for 10 years. “I accept and respect the academy’s decision,” Smith said in a statement following the verdict.

Smith announced his resignation in a statement April 1, saying he had “betrayed the trust of the academy.” Smith added that he “deprived other nominees and winners” of their chance to celebrate, and said he will accept any further consequences from the board.

Smith first apologized for his actions minutes after slapping Rock, when he received his award for best actor for his role in “King Richard.”

“Violence in all of its forms is poisonous and destructive,” Smith wrote. “My behavior at last night’s Academy Awards was unacceptable and inexcusable. Jokes at my expense are a part of the job, but a joke about Jada’s medical condition was too much for me to bear and I reacted emotionally. I would like to publicly apologize to you, Chris. I was out of line and I was wrong. I am embarrassed and my actions were not indicative of the man I want to be. There is no place for violence in a world of love and kindness.”

Rock has yet to publicly share his thoughts on the incident. However, in his first comedy show after the Oscars in Boston, he told a crowd he’s “still kind of processing what happened.”