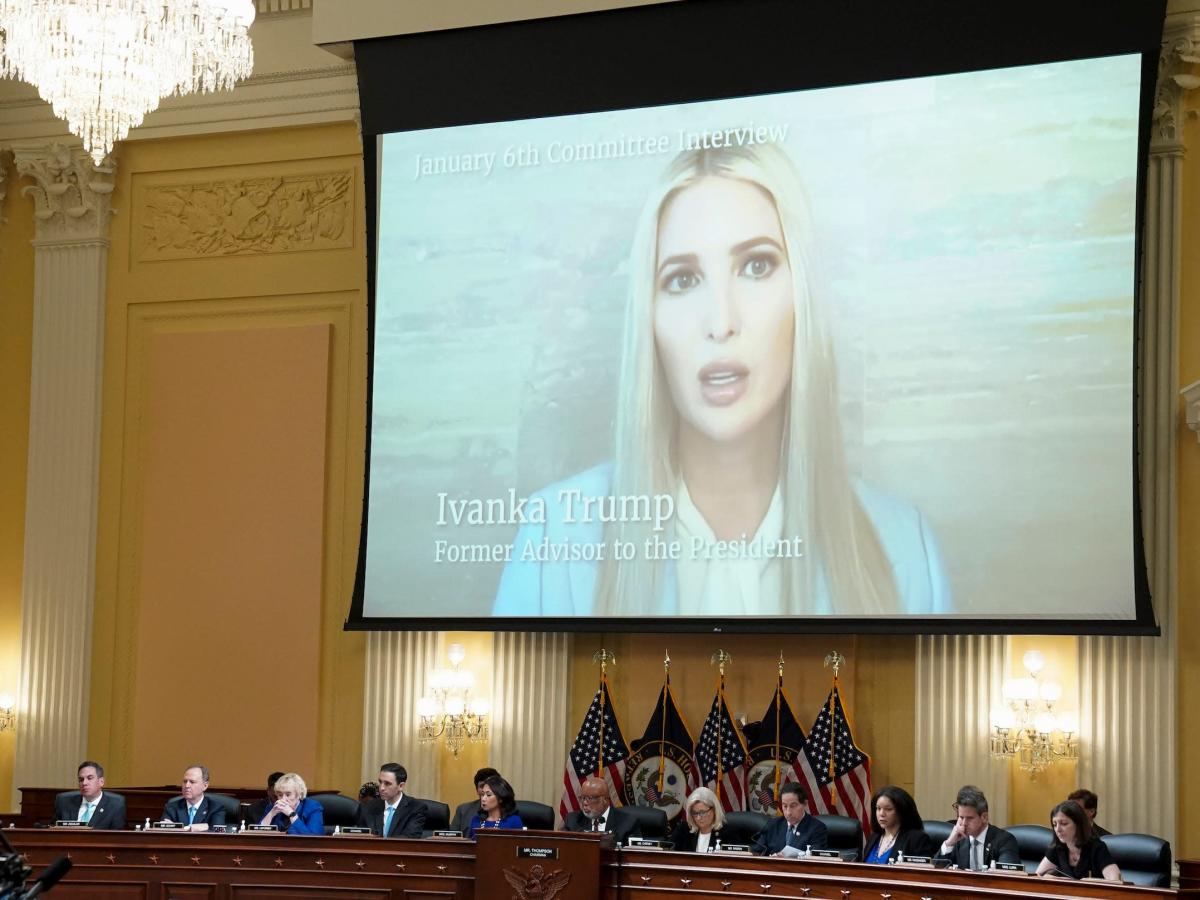 Ivanka Trump’s former chief of staff contradicted the former first daughter’s testimony about why she accompanied President Donald Trump to the Ellipse for his speech before supporters on January 6.

Ivanka Trump, who was also a White House senior advisor, said in a video — played by the committee investigating the January 6 attack on the Capitol during Tuesday’s hearing — that she did not attend the rally to calm her father down after a phone call he’d had with then-Vice President Mike Pence.

The president had encouraged his supporters to gather for a speech, and then he urged them to make their way to the Capitol as Congress prepared to certify Joe Biden’s presidential win.

During that phone call, Pence told Trump that he would not help him overturn the 2020 election, and Trump called Pence a “wimp,” according to testimonies from previous hearings. Rep. Stephanie Murphy, a Democrat of Florida, said during Tuesday’s hearing that Donald Trump was “worked up” from the call.

“It has been reported that you ultimately decided to attend the rally because you hoped that you would calm the president and keep [him] on an even keel,” one of the investigators asked Ivanka Trump, according to video aired during the hearing. “Is that accurate?”

Ivanka Trump replied that it wasn’t.

“No. I don’t know who said that or where that came from,” she said.

The committee then showed an interview with Julie Radford, who was Ivanka Trump’s chief of staff when she was in the White House.

“What did she share with you about why it was concerning that her father was upset or agitated after that call with Vice President Pence in relation to the Ellipse rally? Why did that matter? Why did he have to be calmed down?” the investigator asked.

Radford shared that Ivanka said her father had called Pence “an expletive word.”

“I think that bothered her, and I think she could tell based on the conversation and what was going on the office that he was angry and upset and people were providing this information and she felt like she might be able to help calm this situation down, at least before he went on stage,” Radford said.

The clip did not indicate whether Ivanka Trump had told Radford why she went to the Ellipse or whether the comments represented Radford’s interpretation of Ivanka’s decisions, but both women were testifying under oath.

Another portion of the hearing showed a clip of Ivanka Trump telling the House January 6 committee that she believed her father lost the 2020 presidential election likely before a formal Electoral College vote on December 14, 2020.

Tuesday’s hearing was the seventh for the committee and aimed to focus on how a tweet from Donald Trump encouraged far-right groups to attack the Capitol.

Trust in US institutions dropping in part because DC establishment continues to weaponize them: Gabbard

Trust in US institutions dropping in part because DC establishment continues to weaponize them: Gabbard