Israel rescued sea turtle released back into the wild 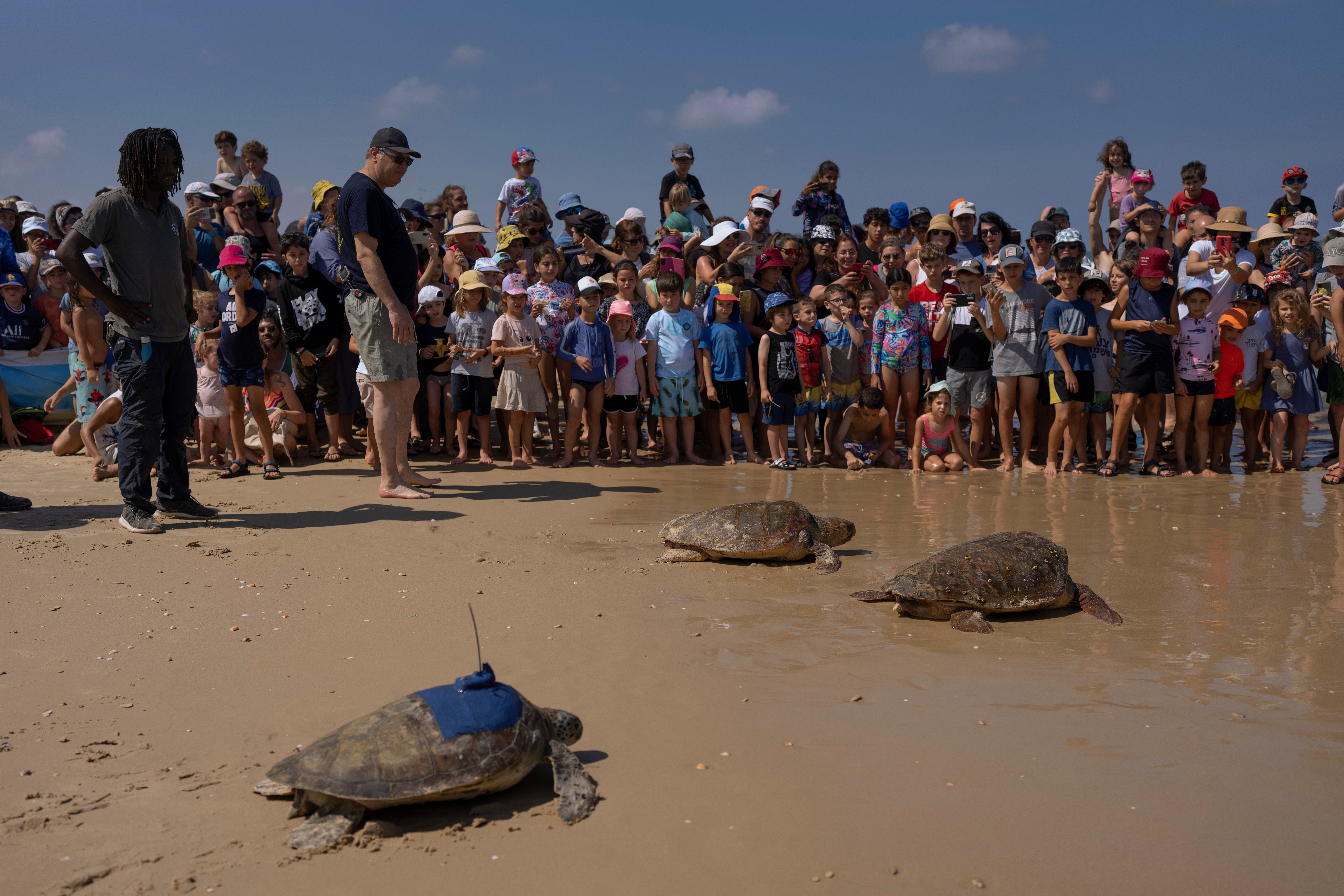 Over a dozen endangered sea turtles that were rescued after suffering major injuries in the Mediterranean scuttled their way over a beach in Israel on Friday after months of medical care.

The 15 loggerhead sea turtles and two green sea turtles were released back into the wild after months of rehabilitation at the Sea Turtle Rescue Center in central Israel. Each had been brought to the facility run by Israel’s Nature and Parks Authority over the winter suffering from various kinds of physical trauma, likely caused by underwater explosives.

The sea turtle species are listed as threatened and endangered, respectively, by the International Union for Conservation of Nature, and are protected under Israeli law.

Rescued sea turtles in Israel were released back into the wild.
(AP Photo/Oded Balilty)

The seafaring reptiles received months of intensive care, starting with antibiotics and fluids, at the facility north of Tel Aviv on the Mediterranean coast.

Yaniv Levy, a sea turtle ecologist who manages the center, said that before releasing the turtles, the biologists made certain “that we’re not making any mistake and we’re bringing back the turtle 100% healthy to the wild.”

After they were cleaned, measured and weighed, the scientists glued satellite tags to the shells of several individuals so that they can monitor the turtles’ location and continue studying their behavior in the wild.