Israel lasers in on Iranian drone threat as Biden visits 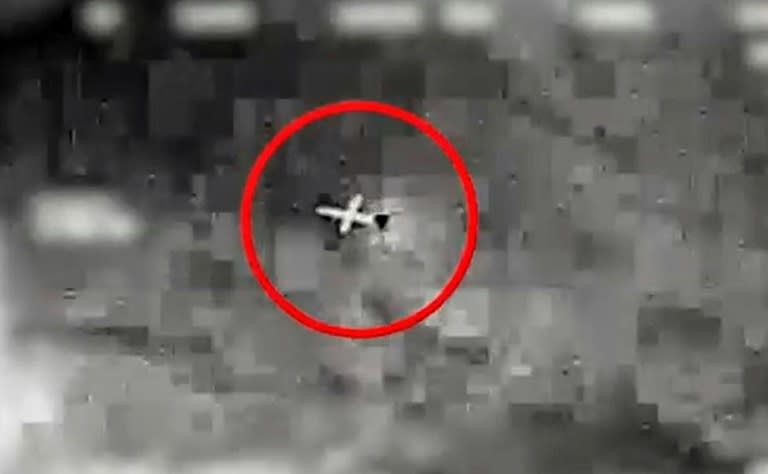 Moments after US President Joe Biden touched down in Tel Aviv on Wednesday, the Israeli military showed him new hardware it says is essential to confronting Iran: anti-drone lasers.

While Israel has long been known for its efforts to thwart Tehran’s nuclear ambitions, Israeli officials have increasingly been sounding the alarm over Iran’s fleet of unmanned aerial vehicles (UAVs).

Earlier this month, the Israeli military said it had intercepted four unarmed drones headed for an offshore gas rig, claiming they were Iranian-made and launched by the Tehran-backed Lebanese group Hezbollah.

While not yet operational, the military hardware was described as a “game-changer” in April by then-prime minister Naftali Bennett.

On Wednesday, the Israeli army showed Biden footage of drones being intercepted by the Iron Dome defence system already in place, and the Iron Beam system which uses laser technology.

“It (Iron Beam) will be operational in very few years, it will be on the ground, integrated with Iron Dome,” Daniel Gold, head of research at Israel’s defence ministry, told AFP.

He said the two systems will “complement each other”.

“They will work together, the brain of Iron Dome — the command and control — will decide in real time who is going to shoot -– the laser or the missile,” he said.

Presenting such technology to Biden is a strategic move for Israel, which saw Washington approve a billion-dollar package in September for the Iron Dome system.

Iron Dome has been used countless times to intercept rockets fired by militants from the Gaza Strip, which is controlled by Iran’s ally Hamas.

The defence system costs roughly $50,000 per launch, while Bennett priced the Iron Beam at $3.50 per deployment.

He said the new defence system was “silent” and could “intercept incoming UAVs, mortars, rockets and anti-tank missiles”.

“The laser technology will have more capacity against drones than rockets and missiles,” said Rubin, who is based at the Jerusalem Institute for Strategy and Security.

“It is going to help if we get some American financing” for the Iron Beam, he added.

For Israel, a priority of Biden’s Middle East tour is broadening US-backed security cooperation among regional countries with shared hostility towards Iran.

The US president will fly Friday to Saudi Arabia, Iran’s main regional rival, following meetings with Israeli and Palestinian officials.

Saudi Arabia and its neighbour the United Arab Emirates have both come under drone attack by Yemen’s Iran-backed Huthi rebels since 2019.

Participants in the talks included the United Arab Emirates and Bahrain, which both normalised ties with Israel in 2020, as well as Saudi Arabia and Qatar, which do not Israel.

Upon arriving in Israel on Wednesday, Biden said “we’ll continue to advance Israel’s integration into the region”.

According to Eyal Pinko, a former Israeli navy intelligence officer, Israel has been anticipating the rising threat of drones from Iran and its regional proxies.

“Since 2009, there was an understanding among Israeli naval intelligence that Hezbollah’s UAVs would be a threat to Israeli rigs,” said Pinko, a specialist at Tel Aviv’s Bar-Ilan University.

“Iran understood many years ago that drones were force multipliers, a significant platform and relatively cheap,” he told AFP.

The Israeli military has said that it had intercepted in March 2021 two Iranian drones laden with weapons for Gaza militants.

Tehran “is positioning itself as a major drone power in the region”, said a report published in May by the European Council on Foreign Relations think tank.

“The country built up its vast drone fleet over many years mainly out of necessity, aiming to compensate for its old and decaying air force, which has been battered by decades of sanctions,” it added.

Tehran’s fleet includes the “Gaza” drone, which can fly for 35 hours, according to Iran’s Fars News Agency.

On Monday, the White House revealed intelligence that Tehran was “preparing to provide Russia with up to several hundred UAVs… on an expedited timeline” for use in the war in Ukraine.

While Israel aims to counter Iranian UAVs with new technology and regional alliances, it may also be going on the offensive.

In March, Israeli media said the army had launched an attack on an Iranian site storing dozens of armed drones.

But weeks later, Iranian state television broadcast footage of a facility hidden in the mountains: an underground base for scores of military UAVs.