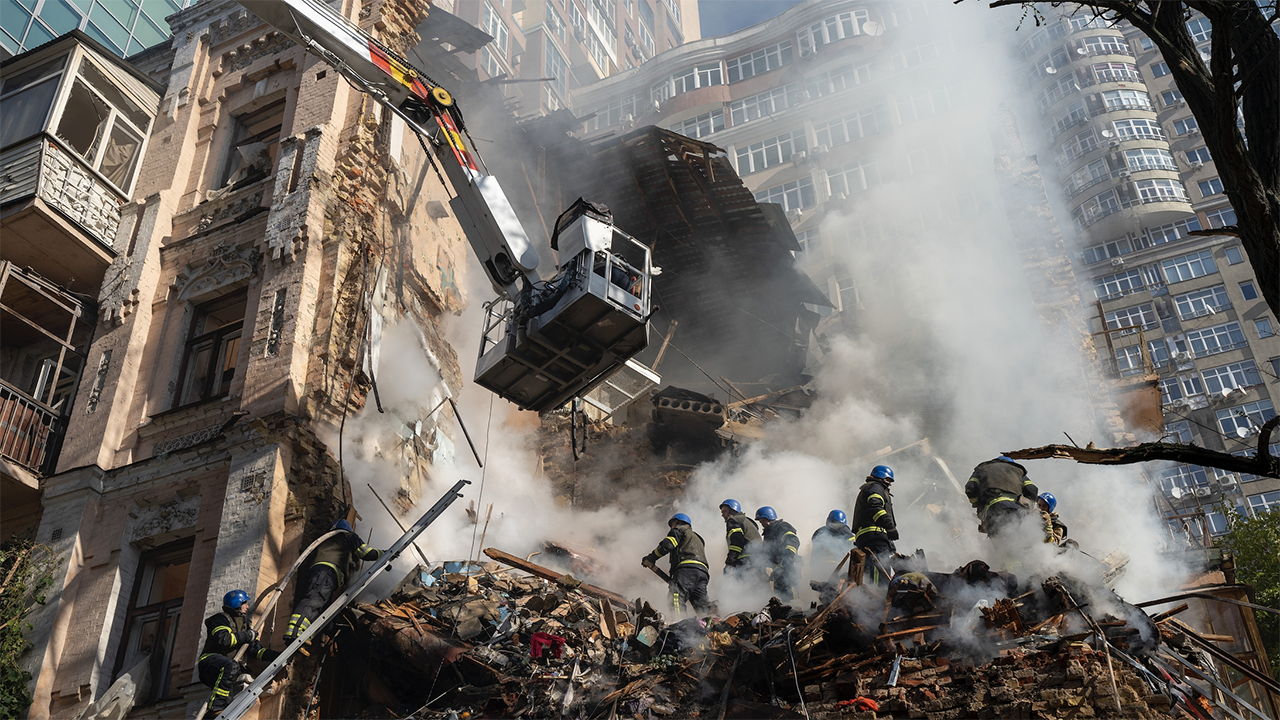 The Iranian military has personnel in Crimea to train Russian troops on how to pilot drones that have been decimating civilian infrastructure in Ukraine, the White House said Thursday.

“They can lie to the world, but they certainly can’t hide the facts, and the fact is this — Tehran is now directly engaged on the ground,” National Security Council spokesperson John Kirby told reporters.

Russia started purchasing Shahed-136, or “kamikaze drones,” from Iran this summer and have used them to strike Kyiv and other parts of Ukraine, according to U.S. and Ukrainian officials.

A Russian drone is seen during a Russian drone strike, which local authorities consider to be Iranian made unmanned aerial vehicles (UAVs) Shahed-136, amid Russia’s attack on Ukraine, in Kyiv, Ukraine Oct. 17, 2022.
(Reuters/Roman Petushkov)

Iran sent a “relatively small number” of “trainers and tech support” to Crimea after Russian forces struggled to pilot the drones properly, according to Kirby.

“The systems themselves were suffering failures and not performing to the standards that apparently the customers expected,” Kirby said Thursday.

Russia seized the southern peninsula of Crimea from Ukraine in 2014 and have used the area as a base for its military following February’s invasion.

Ukrainian President Volodymyr Zelenskyy said this week that about a third of the country’s power stations have been destroyed since Oct. 10 by drones and missiles, complicating the Ukrainian defensive ahead of the winter months.

The revelation of Iran’s support in Crimea comes as the United States levies new sanctions against Iran over the death of a 22-year-old woman while in custody of the regime’s morality police and violent crackdown on protests.

The Biden administration has also spent months trying to revive the 2015 nuclear deal with Iran, but Kirby appeared to dismiss any hopes of reaching a deal on Thursday.

“We’re not focused on the diplomacy at this point,” Kirby told reporters. “What we are focused on is making sure that we’re holding the regime accountable for the way they’re treating peaceful protesters in their country and supporting those protesters.”

Paul Best is a breaking news reporter for Fox News Digital and Fox Business. Story tips and ideas can be sent to Paul.Best@fox.com and on Twitter: @KincaidBest.